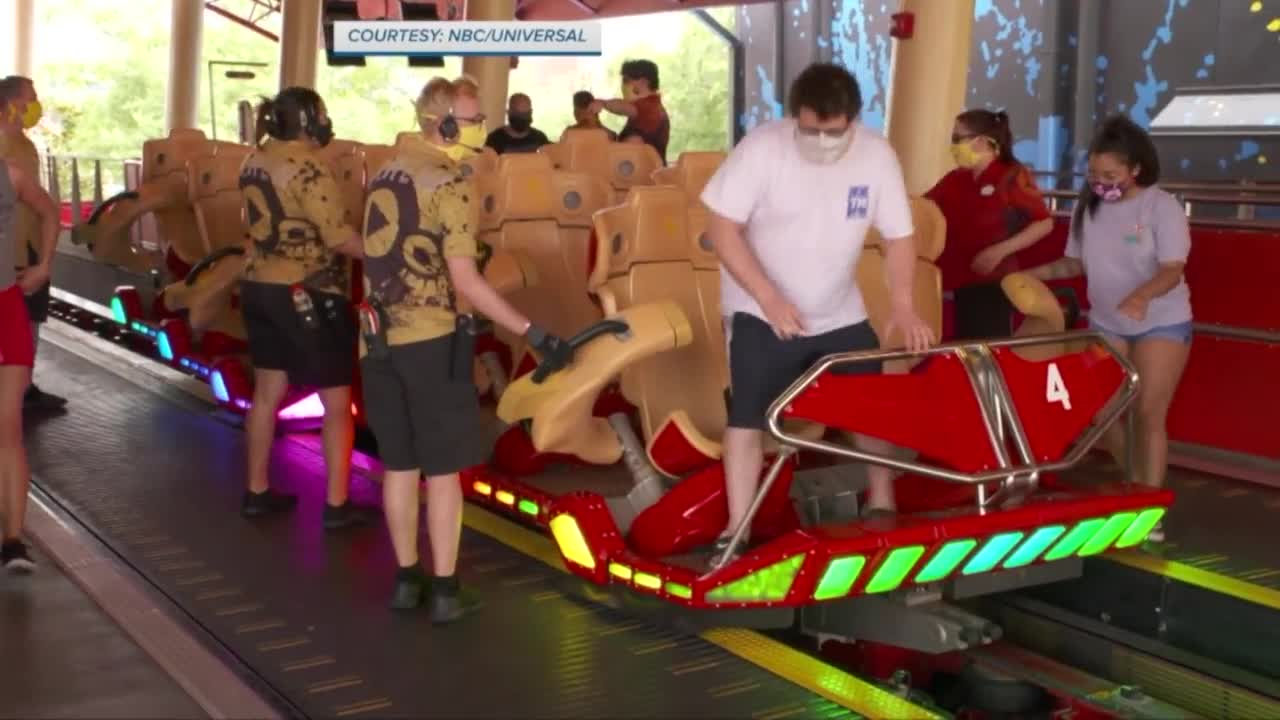 Universal Studios Florida, Universal’s Islands of Adventure, and Universal’s Volcano Bay water park are back open to the general public on Friday with a phased reopening plan and social distancing measures in place. 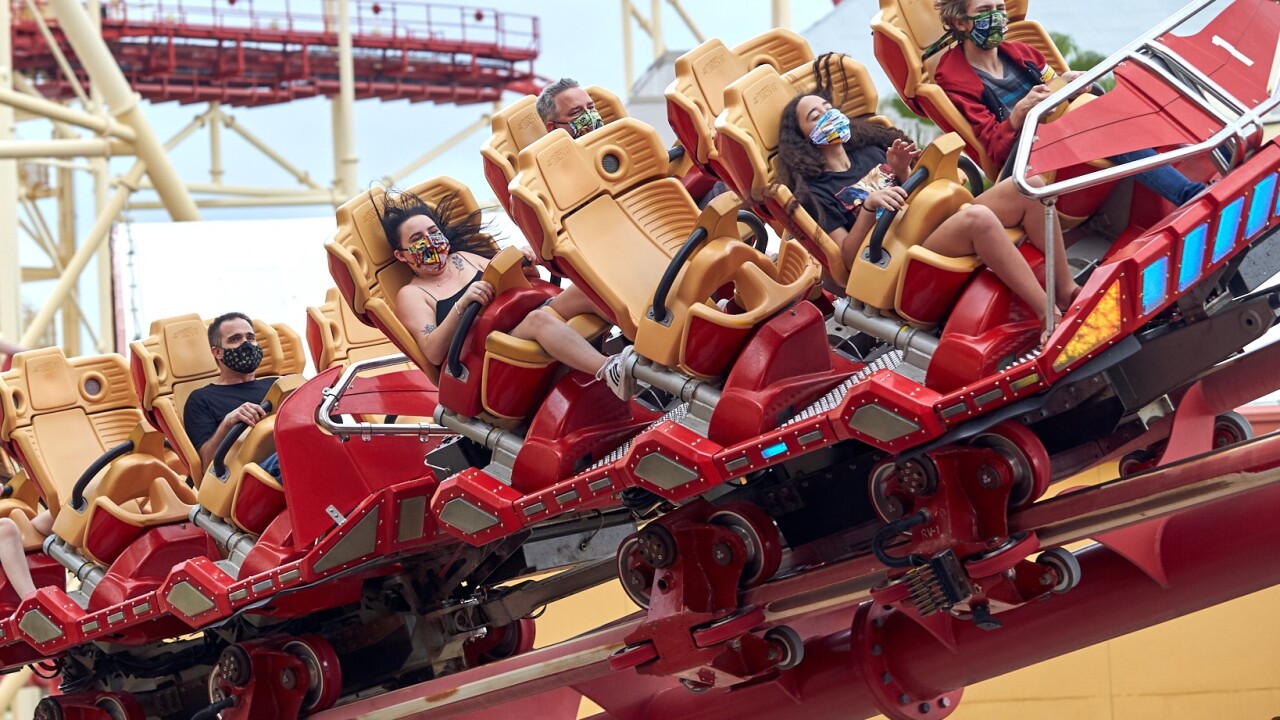 ORLANDO, Fla. — Universal Studios Florida, Universal’s Islands of Adventure, and Universal’s Volcano Bay water park are back open to the general public on Friday with a phased reopening plan and social distancing measures in place.

The theme parks at the Universal Orlando Resort have been closed since March 16 due to concerns over the deadly coronavirus pandemic.

Universal said attendance during this first phase of reopening will be carefully managed and controlled.

WPTV NewsChannel 5 had access inside the park as it opened to the public on Friday morning to see the new policies and procedures in place. The Universal team said they are focused on screening, spacing, and sanitization.

All guests and team members are required to wear masks at all times. The only time a guest can remove their mask is while on a water ride.

The parks also have designated "U-rest" areas where you are permitted to remove your mask while social distancing in that specific area. There are two rest areas at Universal Studios Florida, two at Islands of Adventure, and one at CityWalk.

All guests and team members must undergo a temperature check upon arrival. Anyone will a temperature of 100.4 degrees or higher will not be allowed to enter.

We just got our temperatures checked and we are inside @UniversalORL as the reopen to the public. @WPTV @StephanieWPTV pic.twitter.com/3NPYwrz4Qv

Restaurants have empty tables marked for spaced out seating and many are offering disposable menus, mobile ordering, and contactless payments. They have also enhanced disinfecting and cleaning measures for food locations, ride vehicles, restrooms, and other frequent touch points.

Single rider option has been suspended at @UniversalORL because they are staggering parties on the rides. @StephanieWPTV @WPTV pic.twitter.com/ZGlzFfo25N

Some rides are also using virtual line cues depending on wait times. Riders are given hand sanitizer before boarding a ride and the rides are not boarding to full capacity. No single rider lines will be open during this time and some attractions are closed as well.

Nighttime shows and parades are canceled for now, and character greetings are being done from a distance.

The Brohias family drove up from Miami to be there for the first day the park was back open on Friday.

The annual passholders said they usually visit Universal once a month, and they’ve missed it.

"I almost wanted to cry when I came in," said Kimberly Brohias.

Brohias added she was a little concerned about the crowds and that everyone at the park would follow rules as they should, but felt the park was well organized in their COVID-19 precautions.

"Even though some people are giving us the side eye for coming, it definitely feels better coming back here and getting back to normal," said Brohias.

The Alday family drove to Orlando from Ohio for a vacation and decided to go to Universal for the first time.

Brianna Alday, who works as a nurse, said this is a nice break for her family.

"They are cleaning down the rides, the counters, high touch surface areas, so I feel really comfortable bringing my kids here," Alday said.

The crowd was light, but excited to be back at the park for the first day.

As for the other Orlando-area theme parks, SeaWorld Orlando is set to reopen on June 10, while theme parks at the Walt Disney World resort are due to open on July 11.