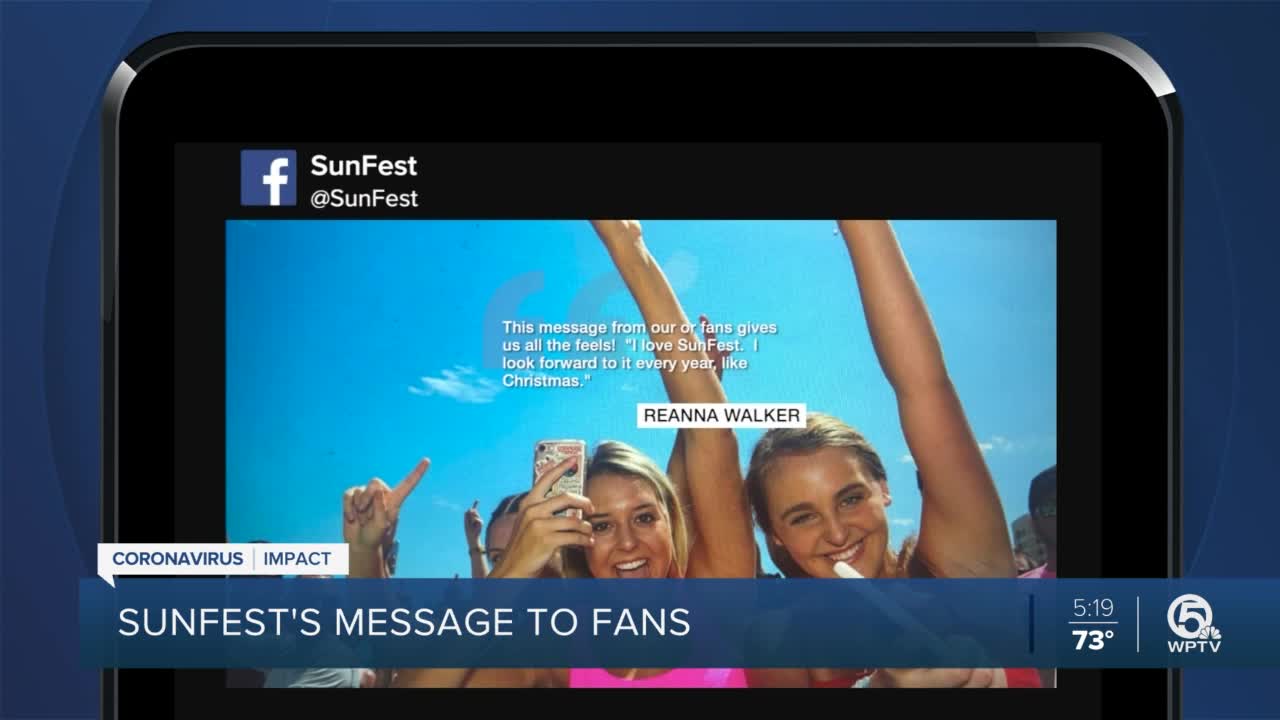 A message from SunFest and what was supposed opening night to be their 38th annual festival. 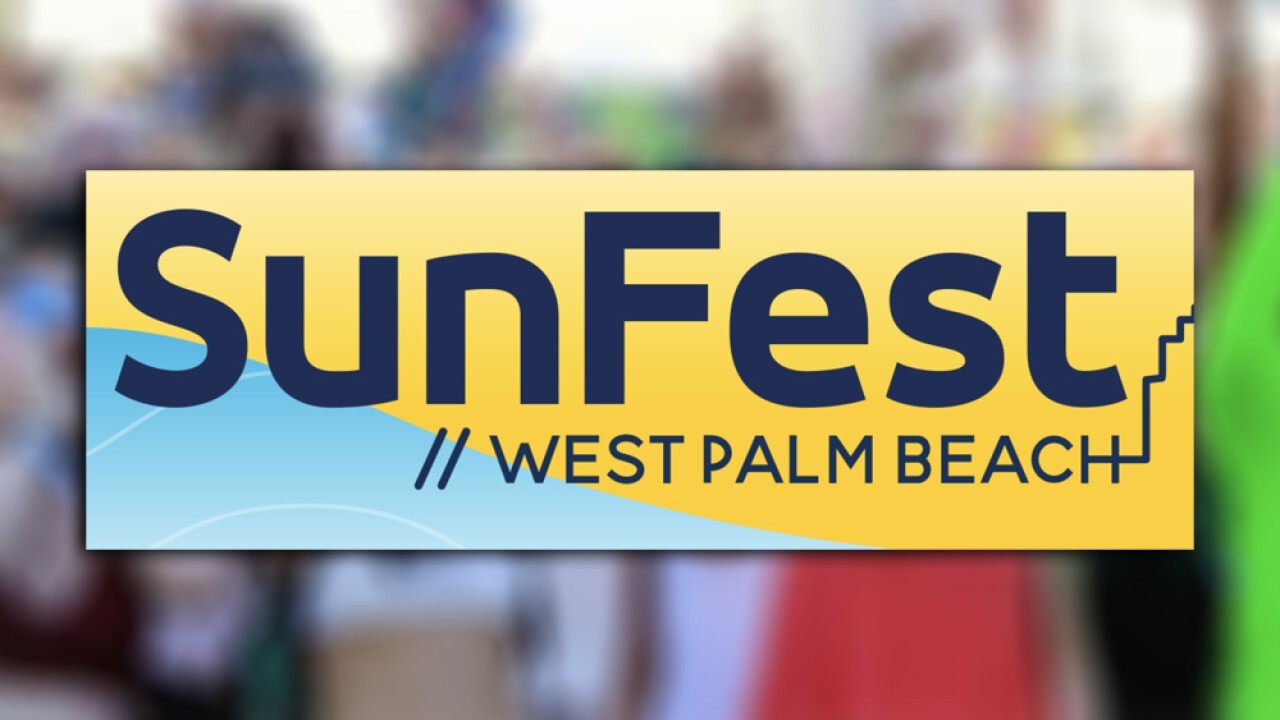 PALM BEACH GARDEN'S, Fla. — Typically this time of year SunFest would be opening its gates at 5 p.m.

But this year, the 38th annual water front festival was canceled, so instead they shared an inspirational message with their social media friends.

Normally this time of year, crowds would be entering gates, boats would be docking up and tickets scanned as SunFest would be kicking off four days of music and art, three stages with nearly 50 bands.

Reanna Walker is a high school senior in Jupiter and her was graduation canceled and prom postponed. SunFest was supposed to be the cherry on the ice cream cone and be special memory with her friends.

But it's more than memories that never were. There are tangible costs to the Palm Beaches' economy.

This year, there was not a sign of the 37th annual music festival along the West Palm Beach waterfront because of the coronavirus pandemic.

A look on Thursday, April 30, at where SunFest would be filled with nearly 130,000 fans

This is crazy. This is where 130,000 people would normally be for @SunFestFL this time of year. @WPTV #TasteSeeSoFla 📸 Sean shot this for me this afternoon. pic.twitter.com/BOXGkpW2B3

"If we don't have 130,000 people coming in to West Palm Beach, just for SunFest, just for theses four days, that's a significant impact to the restaurants and the businesses," Ashley Svarney from Discover The Palm Beaches said.

"The economic impact [from SunFest] is over $15-18 million. It's a lot of hotel rooms. It's a lot of money coming into the economy," Melissa Sullivan, spokeswoman for SunFest, said.

Discover The Palm Beaches said typically this time of years hotels have 80% occupancy rates. Right now they are at around 17%.

"That's a lot of people who are not here," Svarney said.

Moments after the gates would have opened to the venue, SunFest released a video message to its fans on social media.

Sullivan said it's to let their fans know, "We miss you, we love you, thank you for your support."

Gregory Scott Dyer is featured in the video. He is a musician from the Austin, Texas-based ban Chemradery and has played as SunFest before. He was shown being kissed. WPTV had to ask the obvious question: Is he still with the woman show in the SunFest video?

Dyer is sad he wasn't able to come into town to experience SunFest as planned, but being isolated has given him inspiration to write new material for his band.

"I"m such an extrovert, that being an introvert I'm experiencing so many new things," he said.

Walker and her mom, Jennifer, wished the festival could have postponed SunFest but understand the logistics of that made it impractical.

Walker said she was excited to see artist Boogie wit da Hoodie, so next year, "[SunFest] better be good!"

Sullivan said SunFest's committees are filled with volunteers and treat each other, like family, and they miss each other, so Thursday evening several of them held a virtual happy hour.