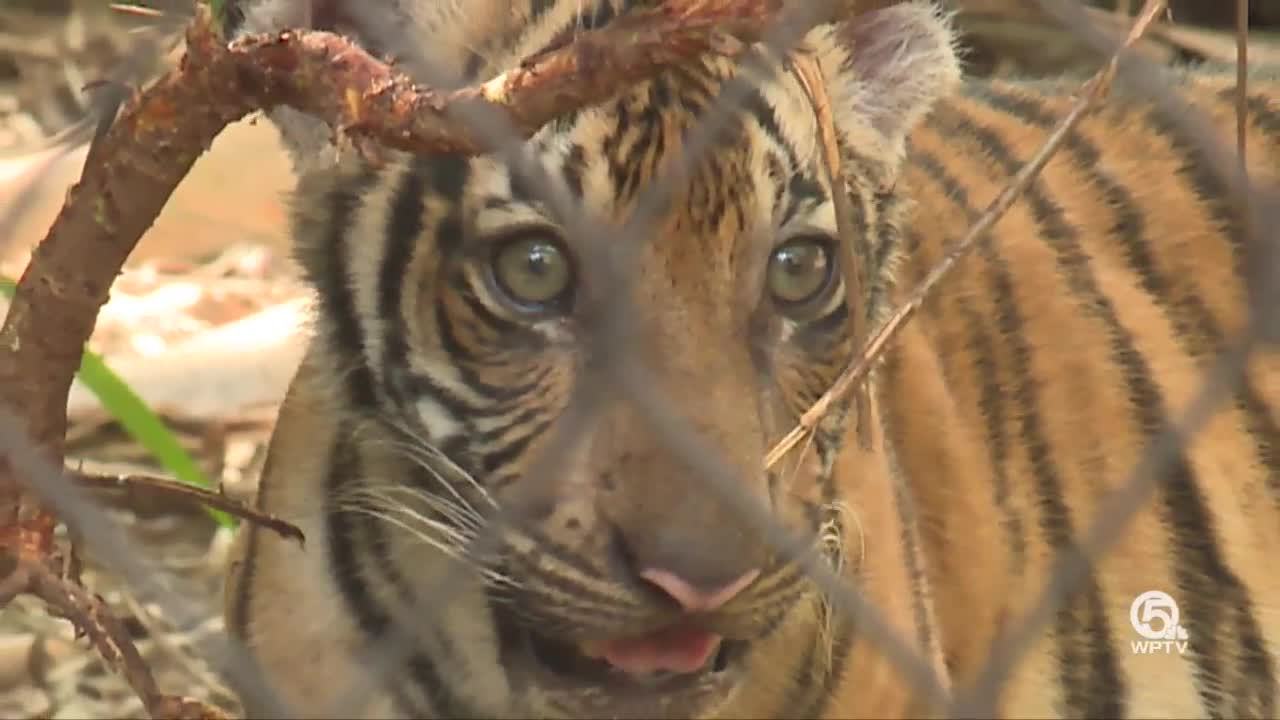 The three new Malayan tiger cubs that were born at Palm Beach Zoo on May 12, 2020, are finally getting a first look at their new home. 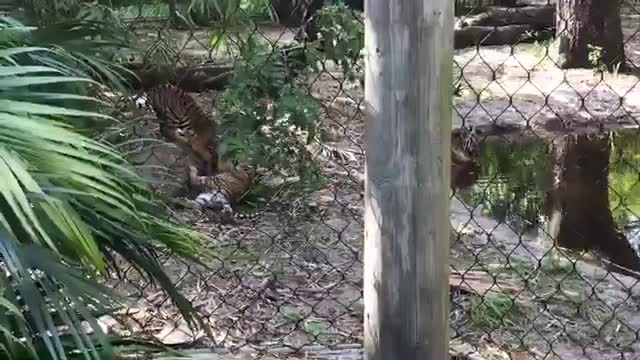 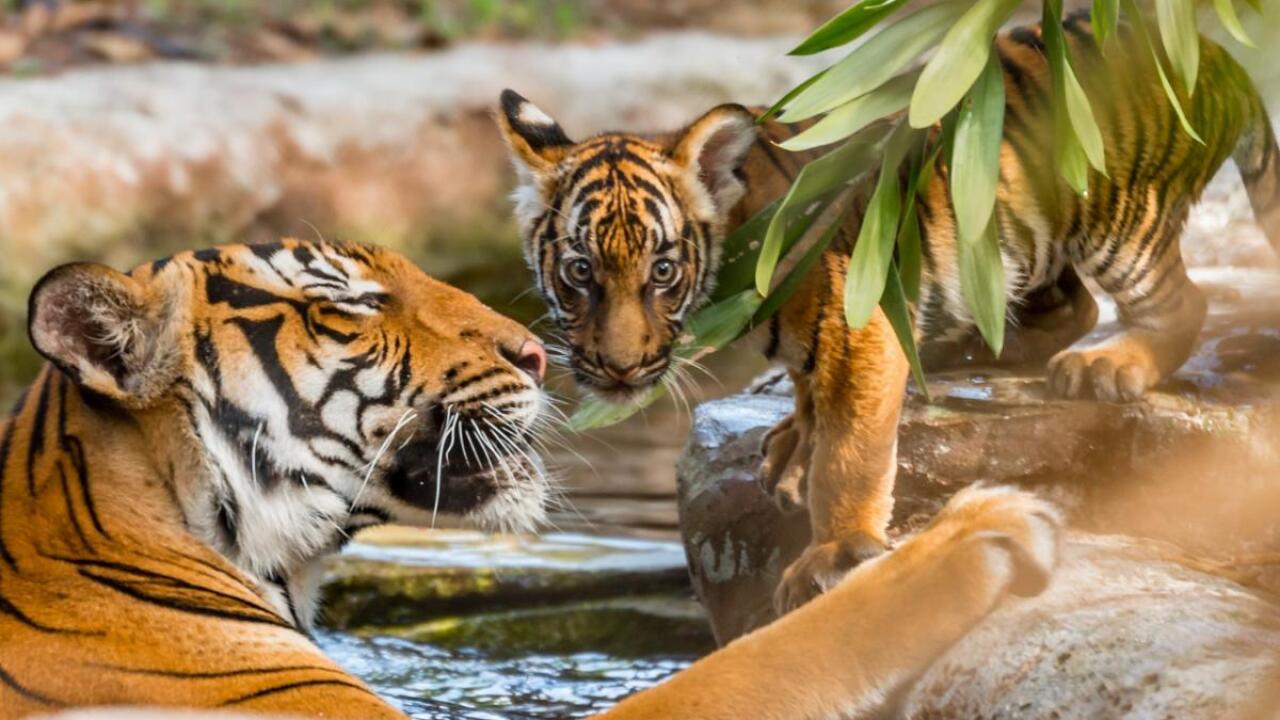 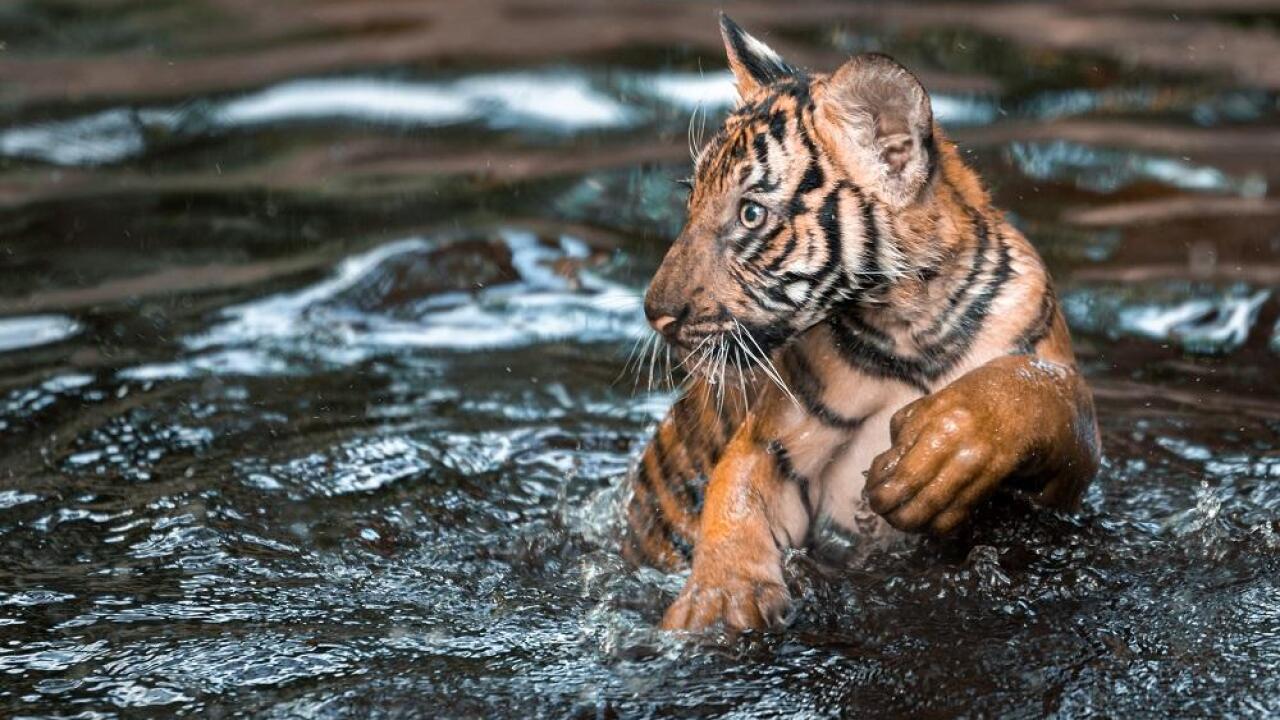 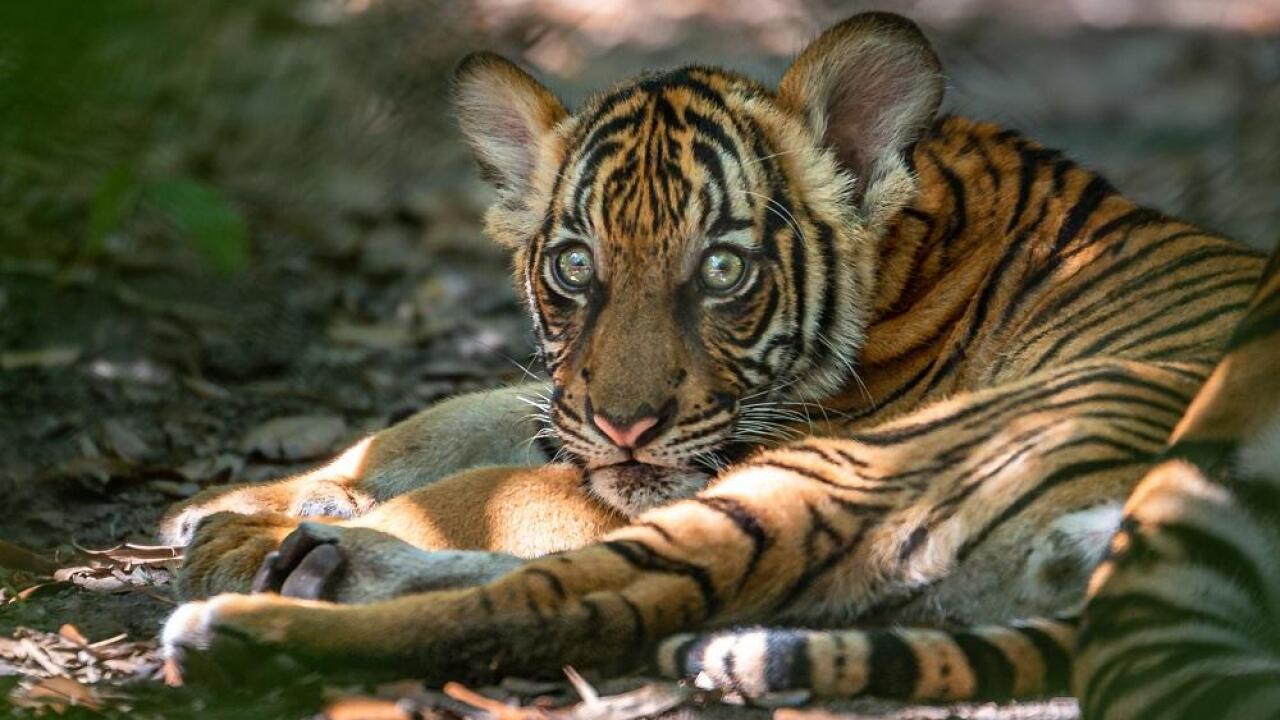 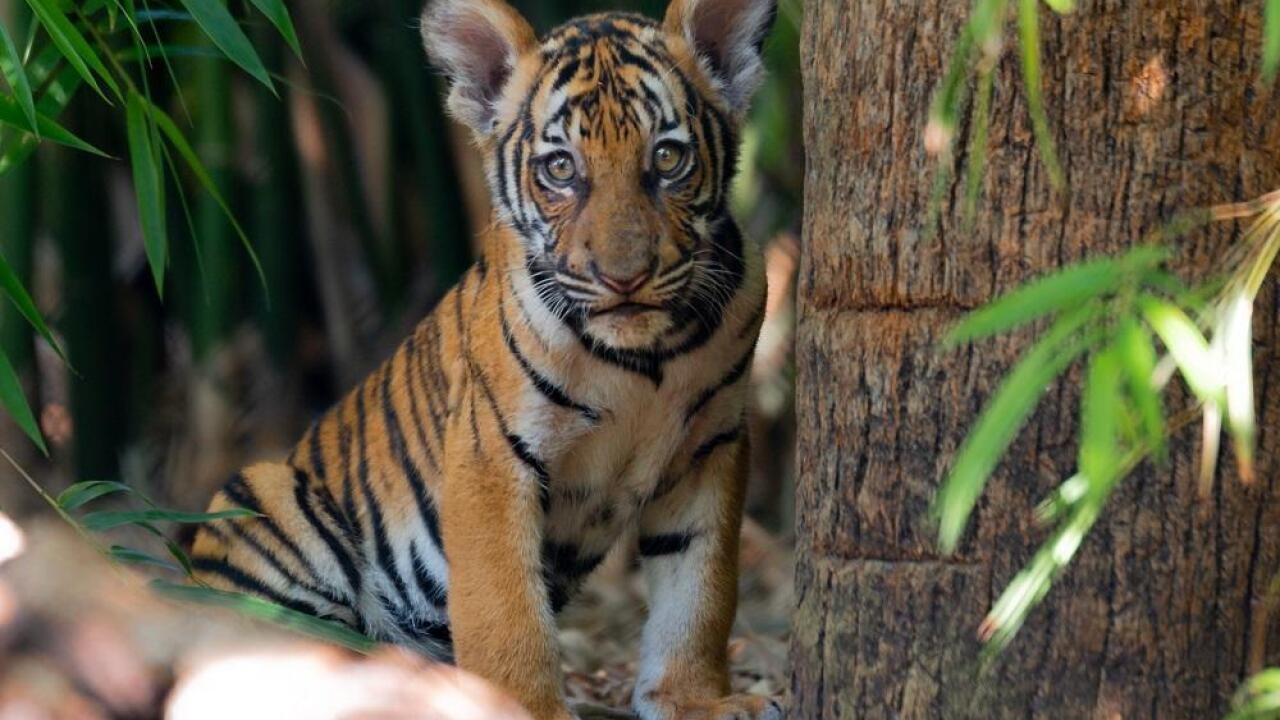 PALM BEACH GARDENS, Fla. — The three new Malayan tiger cubs that were born at Palm Beach Zoo on May 12, 2020, are finally got a first look at their new home.

Before the cubs entered, their mom, Api, held the trio back as she inspected the tiger habitat located in the northwest section of the zoo.

“Mom got to bring them out for the first time and of course she came out and checked out the exhibit,“ said Carnivore Supervisor Sherry Currens.

Once she deemed it safe the cubs went to playing with branches, sipping up water and tumbling through the exhibit space.

There are ONLY just over 250 Malaysian tigers in the entire world so the zoo says this is a big deal.

“These three cubs are a huge improvement in the number of Malayan tigers in the world,” Said Christine DeMichael, the Zoo's Director of Marketing

In captivity, the births have been sparse.

Look at them pulling at this branch!
The new "Tiger Trio" explore their new habitat at the @PalmBeachZoo. Guests can start seeing them on Tuesday. pic.twitter.com/iYgvjEKroY

Five of them born at Palm Beach Zoo. Female Malayan tigers are even more rare.

“So the fact that this time we had two females and one male is highly unusual,” said Dan.

“Probably one of the biggest issues is hunting and illegal trade,” said Currens.

“When you see this and it is right up close… it just gives me goosebumps,” said Kathie

"[We] got triples, so we get "triple trouble" sometimes," Joked Currens.

The trio will eventually be named by donors to the zoo and those names will become their official public designation. However, they already have nicknames the keepers use to train them. Those titles come from the markings over each of the cubs' right eye. One looks like a trident, another a flower, and the last a heart.

"She has absolutely turned out to be one of the best mom's ever. She communicates with them in a way I've never seen before," Said Currens.

The Malayan tiger cubs are born blind and start to get blurry vision after six weeks and obtain full vision after 12 weeks.

The breading of the three cubs is apart of the Association of Zoos and Aquariums’ Species Survival Plan® (SSP).

“The cubs are a continuation of the critically endangered Malayan tiger subspecies. Their genetics represent important diversity within the global zoo community while we work to ensure the survival of their wild cousins facing habitat destruction and illegal hunting,” Said Palm Beach Zoo president & CEO Margo McKnight.

Guests will be able to start seeing the triplets on Tuesday, Sept. 8 as part of regular admission. Palm Beach Zoo is opened daily from 9 a.m. - 5 p.m.