The Unlikely Candidates Demand You Listen

When lead vocalist Kyle Morris from 'The Unlikely Candidates' takes the stage he demands your attention. Kyle is ready to put on a show filled rising vocals, melodic lyrics, and an energetic, in-your-face stage presence.

It was sweltering at 104.3 The Shark's Undertow 2017; the heat index was near 100' on the hot cement of the Pompano Beach Amphitheater. Kyle took the stage in a retro tuxedo jacket that you can tell in photos wasn't cooling the singer down.

In fact, the jacket caused him to sweat so much he left a "sweaty ass print" everywhere he sat. When sitting down for an interview with me, he stood up from a leather couch and Cole Male, the lead guitarist, noticed the nasty wet print. "That's our next album cover," Cole claimed. "That is a bodacious ass right there; I got a lot of sweat, a lot of pressure," said Kyle. "There's just too much rock n' roll in that ass," said Cole as he reached down and slapped the print with his hand and boasted, "[I] made it better!" 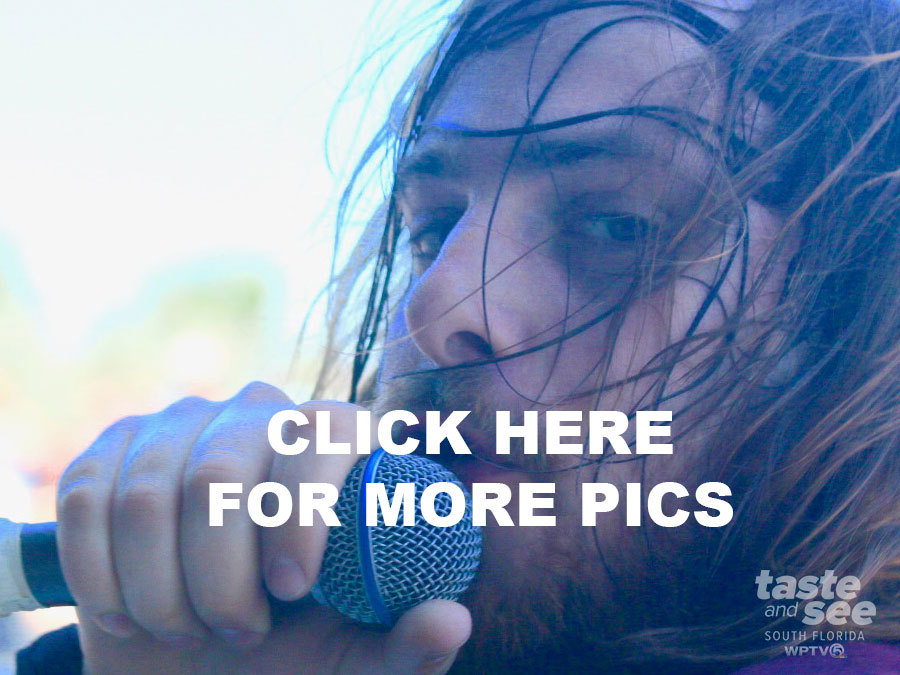 Kyle went on to wear the burgundy jacket for the rest of the festival not caring that he could be cooler if merely took it off. He had a statement to make; he needed his band to be seen by the crowd; a motivating driver in everything Kyle does. He even mingled with fans under the VIP tent housing the bar with his bandmates.

During his set, he started gathering microphone cord in his hand, lots of cord. And then releasing the excess cable, Kyle jumped off stage into the photo pit and over the security guards and crowd barriers into the crowd. The band's photographer, Zach Burns, scrambled to untangle the cord that was wrapped around the mic stand the lead singer abandoned. And then for over three minutes, Zach managed the cable for Kyle. Bass player Jared Hornbeek said, "He's our official cord wrangler."

"It's just fun for me dude," said Kyle, "I've done my set a thousand times like the only variable that I don't have that is still random and exciting is the crowd. I remember one of my favorite shows the lead singer did the exact same thing and I never forgot it. [The] band wasn't even that great, but I remember him doing that, and I was like woah, and that made me feel something."

If you think Kyle literally going into the crowd is a gimmick to cover up for a deficit with the band like poor lyrics, vocals, or instrumentation, then you're completely wrong. Kyle just demands your attention, you will see him, you will hear 'The Unlikely Candidates.'