The only Nicklaus-designed putt-putt course opens in Jupiter 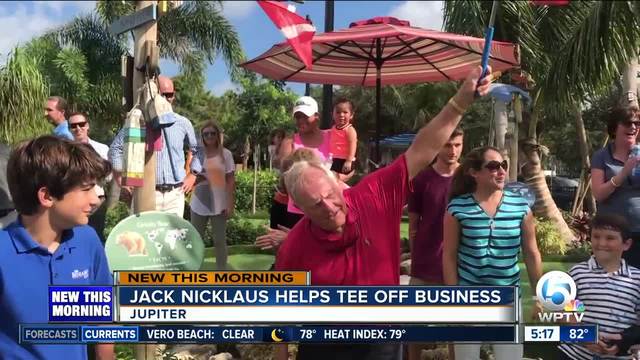 The only Nicklaus designed putt putt course opens in Jupiter 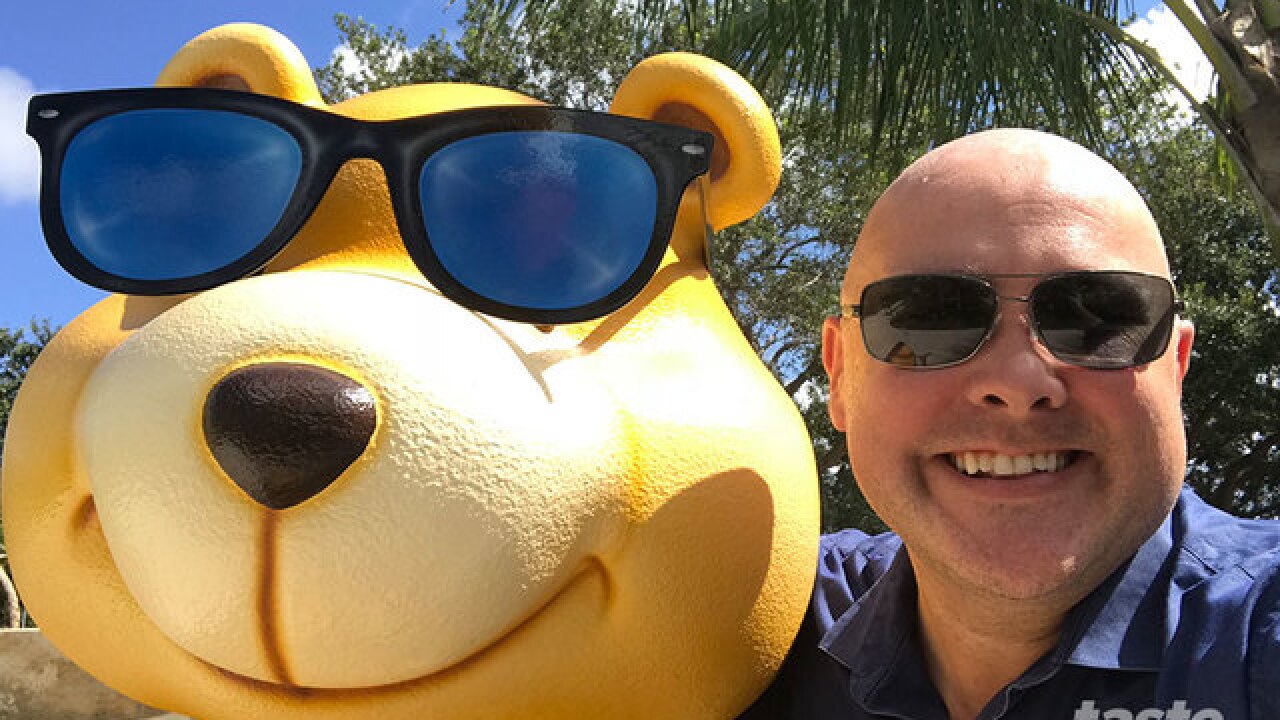 Thursday afternoon, Jack Nicklaus helped "Tee Off" a business at a new golf course in Abacoa Town Center in Jupiter.

WPTV Anchors Ashleigh Walters and Mike Trim previewed the Gold Cub Mini Golf Course with me a few weeks ago.  Ashleigh made it close to the holes quite often, and Mike was, well, way off.

"Yeah, Mike Trim didn't so well on this course actually.  He kinda' quit halfway through and went to the snack bar," jokes Ashleigh.

The putt-putt course is challenging as it's the only Nicklaus-designed one in the world.

“It's a professional course kind of mindset which makes it actually kind of tough," said Ashleigh.

“We went through the same thought process in the design as we would on a full-sized course,” said Nicklaus Design Associate Chad Goetz. “We hope the result is something very different than the typical miniature golf experience, and one that is enjoyable for golfers and nongolfers alike.”

There are elevations and sophisticated elements to the course that can be frustrating, even for a pro like Jack.

After the ribbon-cutting ceremony, Jack had the honor of hitting the first putt.  He tried several times and finally, he got one into the cup.

And then, seconds later, to the crowd's delight, Jupiter kid J.P. Penkala came right up behind Jack on his first try... "I just outshot Jack Nicklaus, in a hole-in-one, at the new golf course," J.P. said gleefully.

Jack laughs, "I only played one hole, and I was challenged on that one!"  Jack and his wife Barbara took J.P.'s sportsmanship all in stride.  Jack jokes, "[Kids] all do that, that's what they're supposed to do."

The Nicklaus Children's Healthcare Foundation will get $1 from each ticket sale.  The course predicts it will donate $30,000 annually.

“The foundation is thrilled to see Golden Cub Mini Golf come to fruition,” said Foundation Chairman Barbara Nicklaus. “It’s a great combination of making the game fun and enjoyable, bringing the community together, and funding greater resources for our pediatric patients.”

There is a Jupiter Beach Club concession stand at the site.  The menu features draft and can beer, wine, sodas, water, ice cream, and milkshakes. And there is a nice picnic area off to the side.