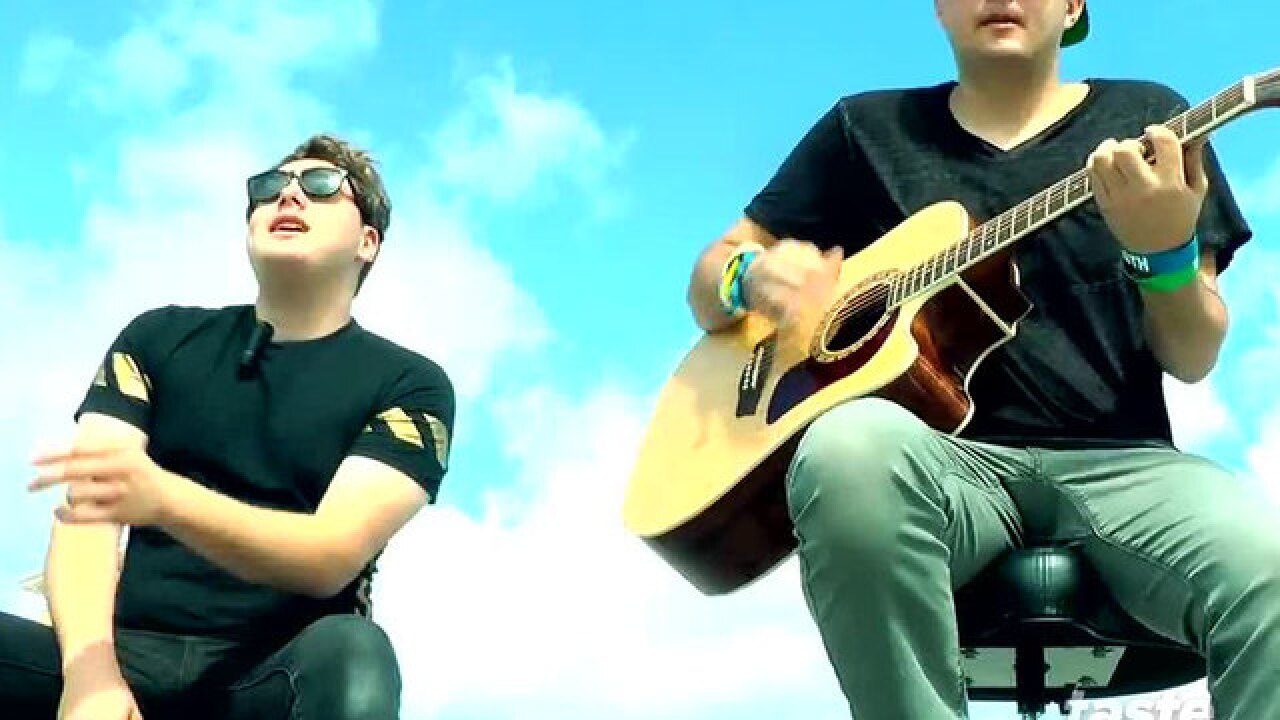 DELRAY BEACH, Fla. — Tampa-based Ries Brothers, on the eve of dropping their sophomore album, collaborated with members of The Lumineers, Gary Clark Jr., Steve Miller Band, and Iration to perform a mashup of Police songs.

They are calling it a "coVIDeo." The mashup features "Don't Stand So Close to Me" and "So Lonely."

The duo is known for their chill sound (a blend of rock, blues, funk, and reggae). The two brothers have toured with Chicago and G Love and opened for 311 and Daughtry.

Listen to The Police mashup

They are premiering their new song on Friday, Sept. 11 called "Tennessee," which was recorded at the Crest Theatre at Old School Square in Delray Beach.

The brothers will be holding their "Album Release Party" for "Paint Your Emotion" at a sold-out show at Crazy Uncle Mike in Boca Raton on Thursday, Sept. 17, and will be streamed at 8 p.m.

"Paint Your Emotion" drops on Friday, Sept. 18 from CSSL/Megaforce record. You can preorder and enter their sweepstakes by clicking here.

The Ries Brothers, Charlie and Kevin, played SunFest in 2018 and stopped by the WPTV Helipad.