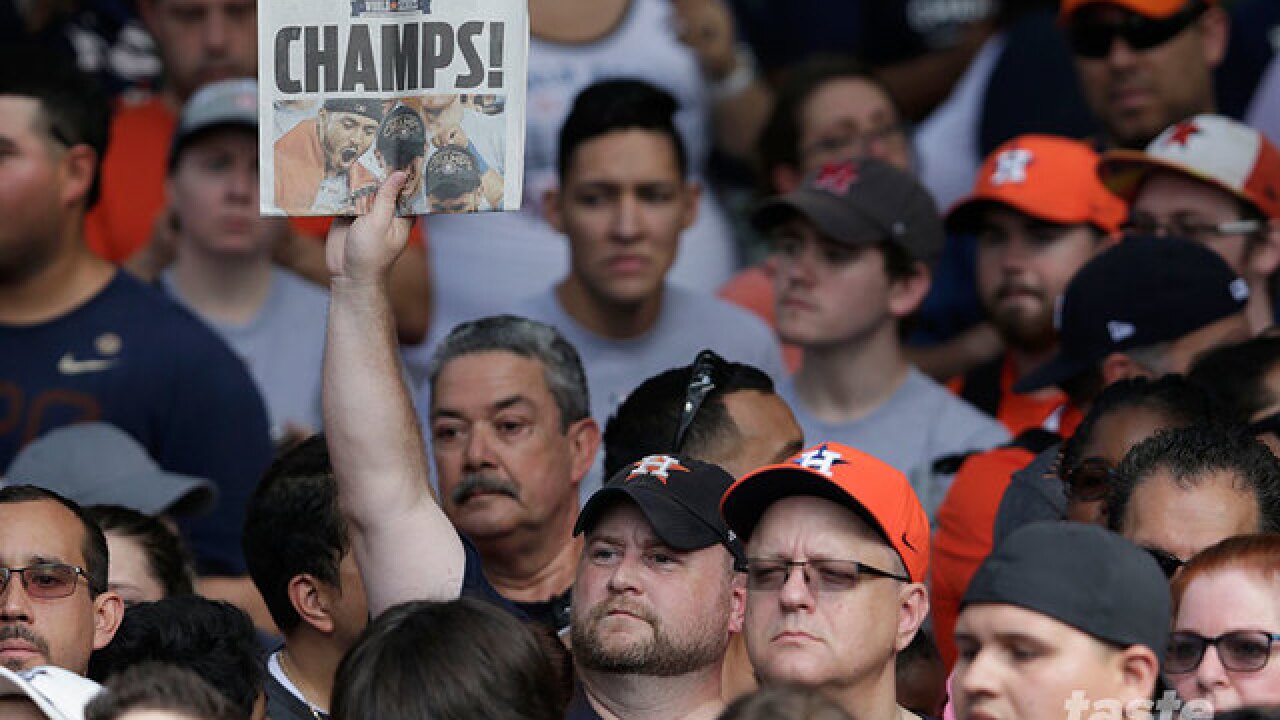 Image copyright 2017 Getty Images. All rights reserved. This material may not be published, broadcast, rewritten, or redistributed.
Houston Astros fans celebrate during the Houston Astros Victory Parade on November 3, 2017, in Houston, Texas. The Astros defeated the Los Angeles Dodgers 5-1 in Game 7 to win the 2017 World Series.

The following Houston Astro's members will be at Clematis by Night this Thursday.

The World Series Champions, the Houston Astros, are returning the Ball Park of the Palm Beaches to start Spring Training on Friday, February 23 at 1:05 p.m.

Prior to Spring Training beginning, members of the team will make an appearance at the City of West Palm Beach's 'Clematis by Night' on Thursday, February 22 from 6 - 9 p.m.

The first 500 attendees at 'Clematis by Night' will receive a promotional item from the Astros, a box of Cracker Jacks and a hotdog.

Astro's mascot Orbit and the Astros Shooting Stars promotional team will be in attendance.