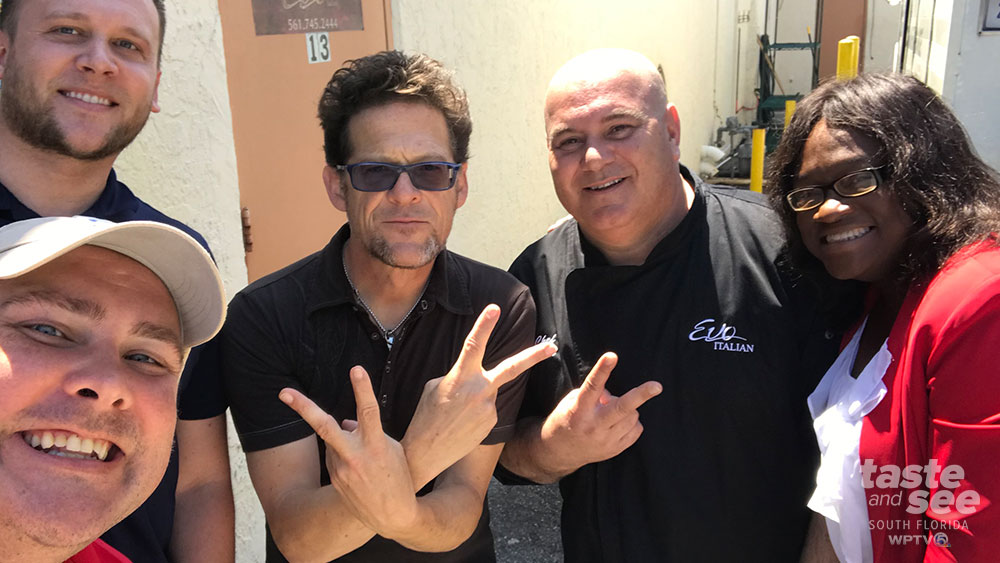 There are murals outside and paintings inside all crafted by legendary rock bass player Jason Newsted, formerly of Metallica, who lives on Jupiter Island. 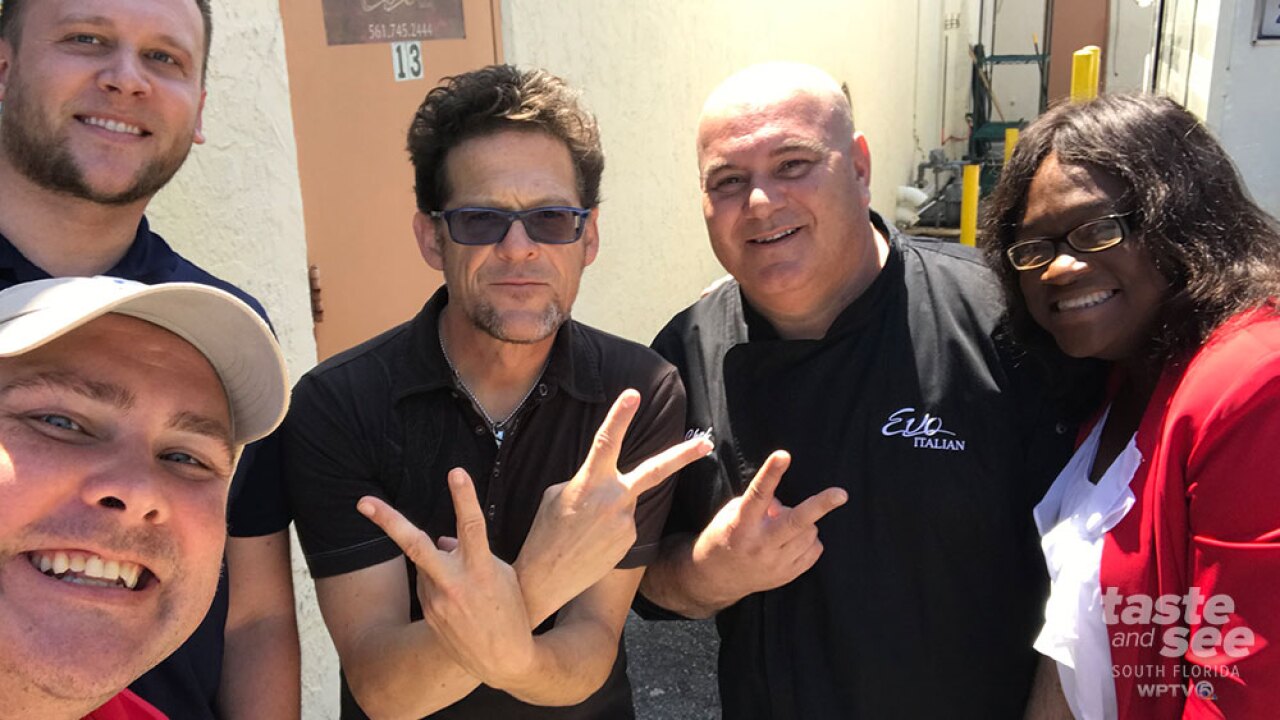 TEQUESTA, Fla. — There is more art... than just the food at Evo Italian Restaurant in Tequesta.

There are murals outside and paintings inside all crafted by legendary rock bass player Jason Newsted, formerly of Metallica, who lives on Jupiter Island.

"Our community is really incredible here, I would put it up against any community anywhere... I've been a few places," says Newsted.

Newsted and the owner/chef of Evo, Chef Erik Pettersen, are kindred spirits... each master of their own crafts.

After Chef Pettersen remodeled the restaurant, Newsted noticed there were empty spaces on the walls. So he waited for Pettersen to be out of town so he could surprise his friend.

"You still in Miami, and if your Jason, that [means he's] up to something." says Pettersen.

"Storage for the canvas is about 800 yards that way," says Newsted as he points south of Evo.

After measuring the empty spaces Newsted brought the paintings to Evo.

"Start hanging them... unnnnnnn. moving them around a little bit", says Newsted as he claps his hands as if the project was just completed.

Like Jason's art, the story is deeper and has more textures than that. The women of chef's family were all named Nancy Mary (mom, sister, grandmother).

"This says Nancy Mary 1,200 times", says Jason as he points to a piece of artwork adorning the walls of Evo.

"[Getting the painting] was one of the most emotional moments I've had in last couple of years, [because family is everything to me]," says Pettersen. Chef even wears his mom's name on the back of his chef jacket because even though she has passed, she always has his back.

Jason's paintings, all have rich meanings and go deeper than a first glance reveals. He says his process is meditative. He paints using Jupiter beach sand, song lyrics, and Bible verses. And on a mural outside of the restaurant, he paints about the native Americans that lived in Tequesta and Jupiter hundreds of years ago and their celebrations.

Evo is celebrating its 12th anniversary Wednesday night at the restaurant.