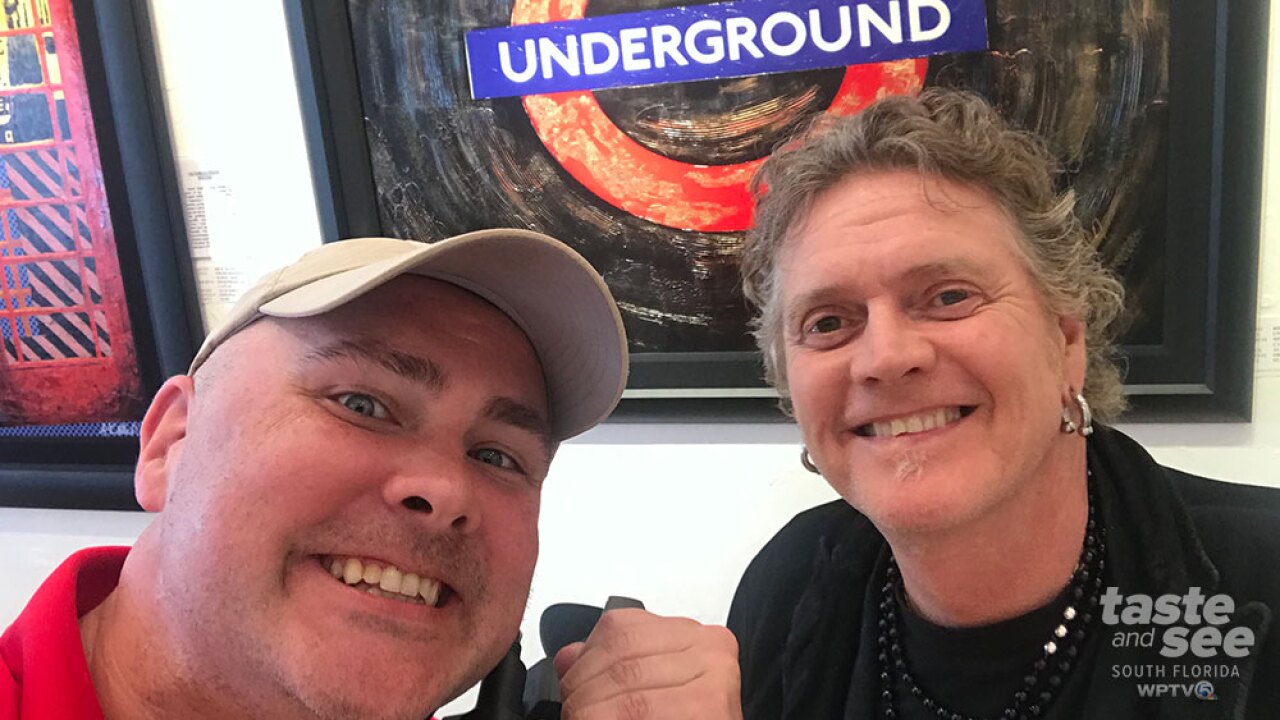 Def Leppard's Rick Allen is a rock icon and is debuting his art collection "Rick Allen: Legends & Dreams 2019" to Wentworth Galleries all over the U.S. The collection is premiering here in South Florida Friday, April 12 at 6 p.m.

His artwork styles and themes are vastly different from one another and focus on his daughter's childhood innocence, British and American flags, underground signage and more. "I wanted that, I wanted things to be diverse, you know, I didn't want to stick to one thing. I want people to come in and feel like they're looking at a few different artists. Not just one thing."

Another theme of his artwork is London's iconic red phone booths. "I grew up with them. [The phone booth] was basically my refuge. I figured out how to hack the phones and make free calls, smoked a joint, drank a beer, you name it, got out of the rain. It was everything I wanted it to be. It was like my own little home."

One painting is of a spaceman and an American flag inspired by the old-school MTV imagery.

Allen points out his art doesn't make sense up close sometimes, and you really have to take a step back and let your brain fill in the missing information.

He also paints rock n' roll royalty like Tom Petty. I mentioned I'd been on a Petty/Stevie Nicks kick as of late.

"We got to hang with Stevie the other night," says Allen. Rick and Nicks were both inducted into the Rock N' Roll Hall of Fame a few weeks ago. "We combined the parties after the performance and the induction and everything... we were all hanging out together, it was really fun." Allen says Nicks is "really cool" and "really sharp" in real-life. "I think [Fleetwood Mac] is having more fun then they've ever had and it shows." Allen was impressed the entire Fleetwood Mac band showed up to support Nicks at her induction and thinks that is a testament to their friendship.

Friday night and Saturday, top collectors of Rick Allen’s artwork will be offered a once-in-a-lifetime opportunity to join Rick for dinner after the shows. This special and rare experience provides collectors with the chance to connect with the legendary artist and rock icon in an intimate and unforgettable way. Interested fans and collectors may learn more about this unique opportunity by contacting the galleries directly.