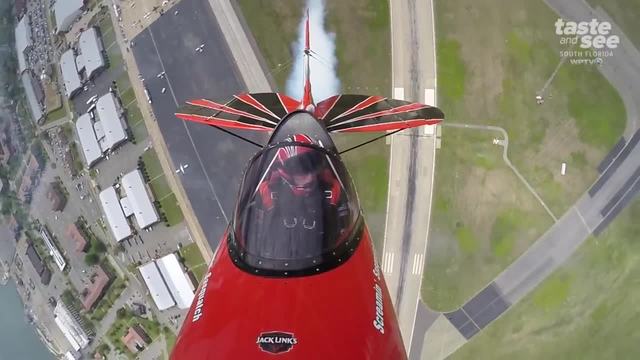 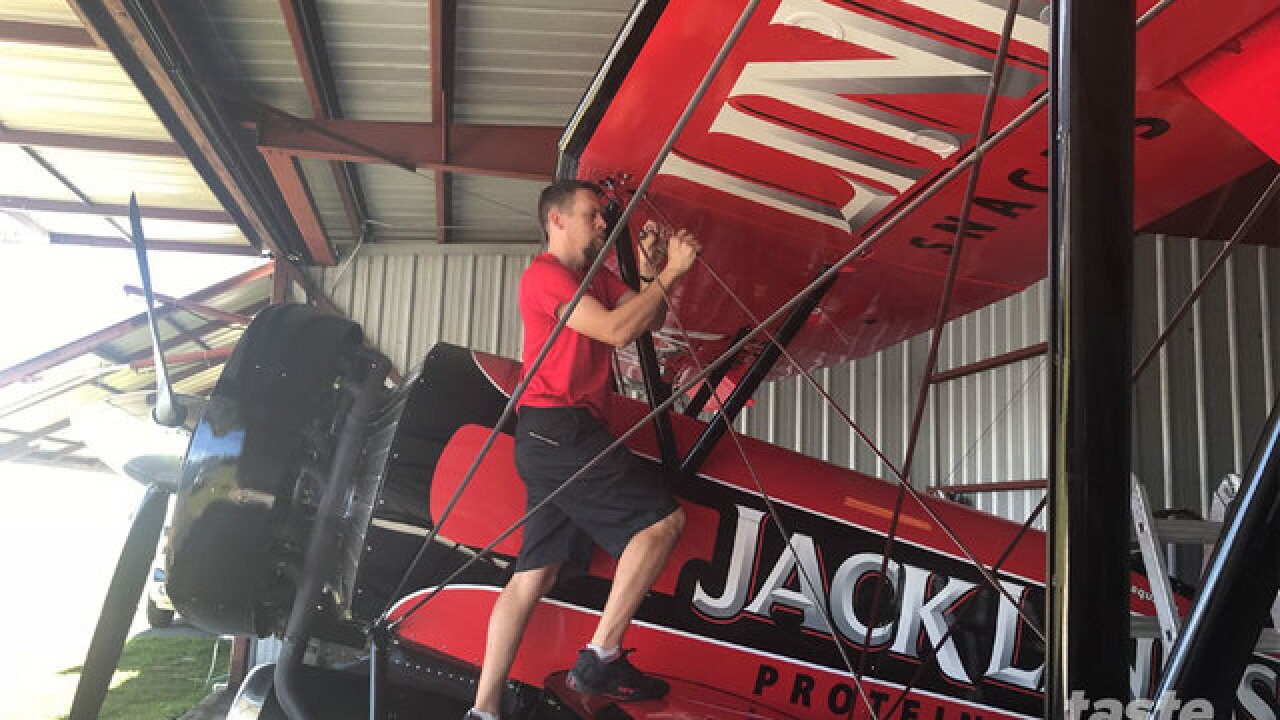 Planes are arriving, and tents are being set up in preparation for the Stuart Air Show.

A jet-powered biplane named the Screamin’ Sasquatch is being assembled in hanger B10.  It arrived on a truck without its wings attached. This afternoon the plane's mechanic, Dell Coller, spent the day using wrenches connecting the sides and doing a systems check. This aircraft is unique, besides the Sasquatch picture on the tailfin, it has a propeller and a jet engine.

The owners say to be on the lookout for a "real-life" Sasquatch roaming the airport this weekend.

Additionally, this afternoon two of the F-16s that will be in the airshow did several flybys of the Witham Field Airport in Stuart. It's common courtesy among pilots to do a flyby and say hi when planes arrive at an airshow. These F-16 have to land at Pratt & Whitney in Jupiter because the runway in Stuart is too short.

By the way, to get the deepest discounts on Stuart Airshow tickets, you should purchase them online. They are $15 for adults online or $25 at the gate. And I asked StormTeam 5 they said the weather this weekend should be breezy, high of 86 with the chance of some passing rain showers.