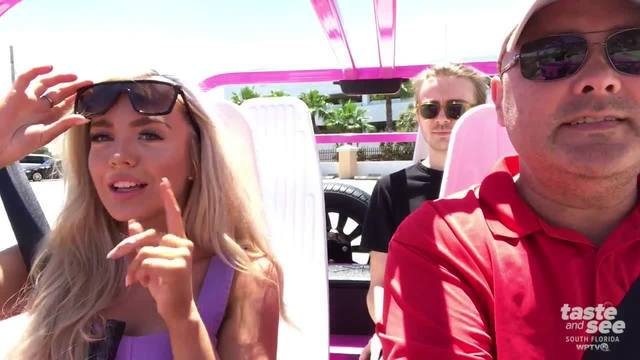 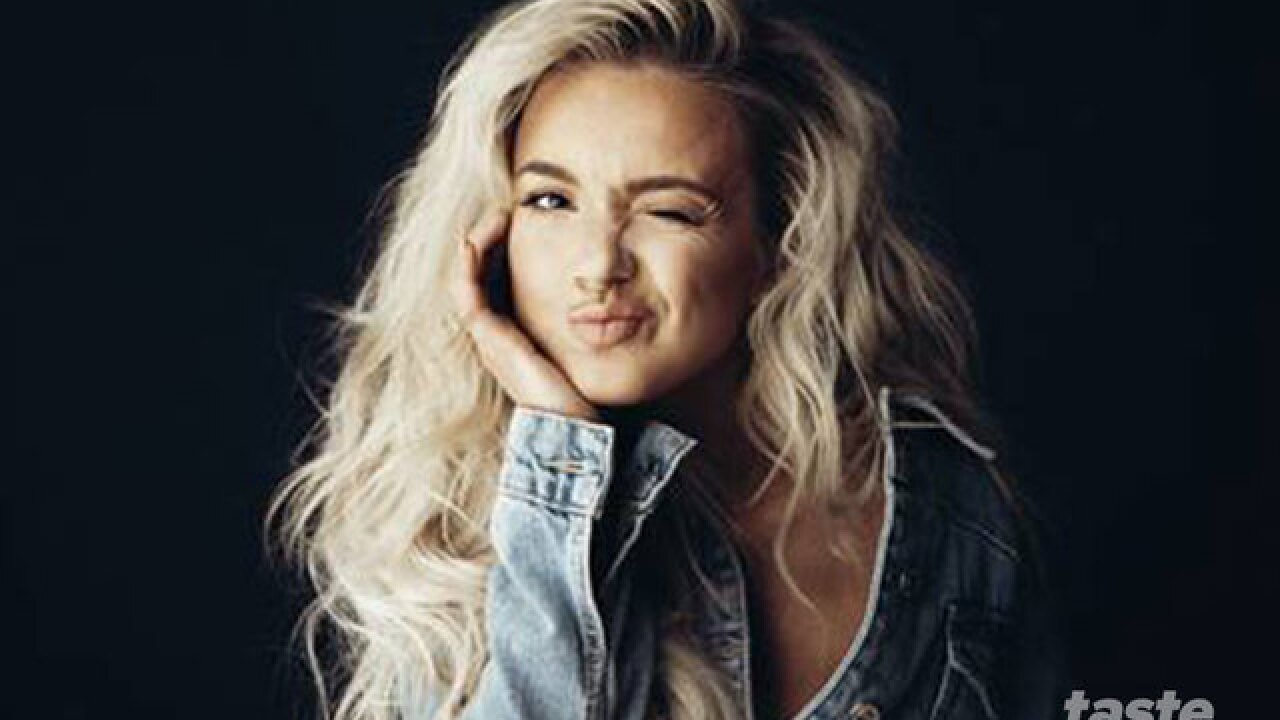 Opening for Nick Jonas tonight is up and coming pop star Samantha Harvey.  I took Samantha, for her first U.S. interview, on a tour of the Palm Beaches in a very pink beach cruiser.

I borrowed a pink Moke from PalmBeachGarage.com and we hit the road.

I offered her the option to drive but apparently, we drive "on the wrong side of the road" and that makes her a little nervous.

"It wouldn't be too bad if I was on this side (passenger side), driving on the wrong side," Samantha teases.

"Yeah, that one went mega-viral on Facebook.  My dad, my dad, was the one that says you need to cover that.  And I was like I'm not sure, I'm not sure, I need to learn it first. And he was like, quick, do it tonight."

Samantha says it got 50 million views on Facebook which lead to her signing with a major label.

I asked her, does that feel a little weird that so many people watched her video?

"It never sinks in, which is amazing, cause I'd rather it didn't," Samantha explains modestly.

At tonight's SunFest, Samantha is opening for Nick Jonas at the biggest venue she's ever played.

As we drove over the bridge to Palm Beach I showed Samantha the venue she'd be playing tonight... and she began to show a little anxiety.

I had a poor choice of words, "See how big that is?"

I decided we better head to the beach and look at the relaxing Atlantic ocean.  As we were passing the Breakers, we realized our interview ran long and Samantha was going to be late to her next appointment.  Unbeknownst to us... Her next stop... was the Breakers.. so I just dropped her off.

"Well this is the coolest thing ever," proclaims Samantha.

I said, "Look at you rollin' up to the Breakers!"