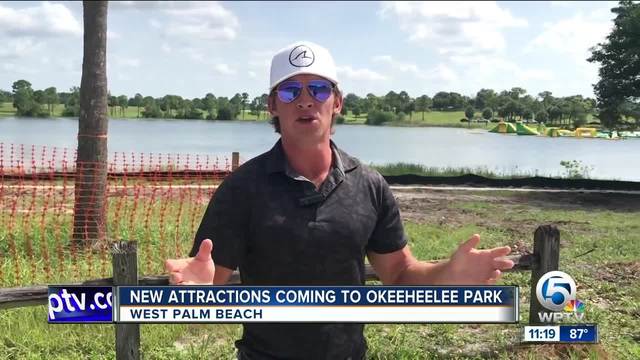 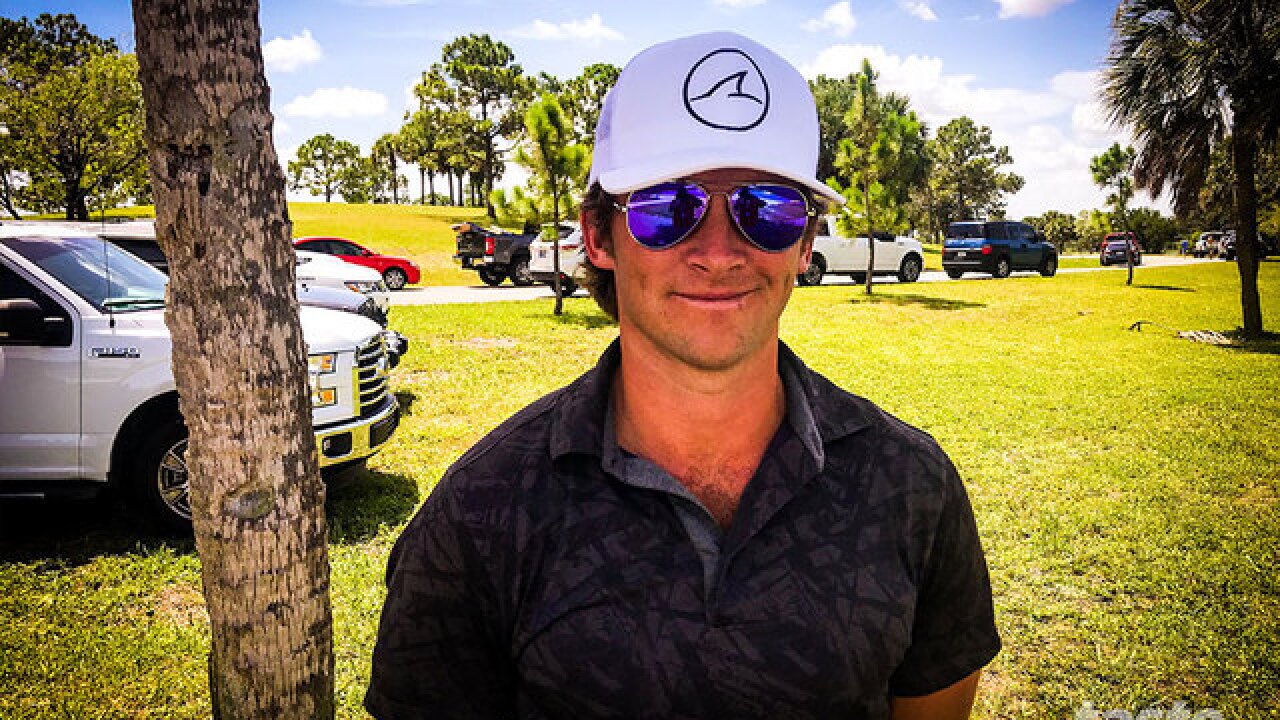 He was charming, smart, fit, well spoken, and basically, I wanted to start a bromance with the dude.

As I apprehensively took our new two-day-old WPTV Jeep off-roading, I could hear folks in the news department screaming at me in my head, we don't get new vehicles that often after all.  With my luck, I'd probably puncture a tire.  I didn't protest to Greg, after all, I have to protect our budding bromance (that he doesn't know about).

Greg explained in a few days they will break ground on a cable wakeboard course across from his inflatable obstacle course at his Aqua Park.  It will be formatted like a ski resort with green, blue and black runs.  Each color signifies an intensity level.

If you fall off the run, you swim back to docks that will be along the shoreline and go again.

Greg says he used to drive down to Deerfield Beach every day to go wakeboarding, but now, this Tequesta resident will be able to drive to his facility which will include a pro shop. Construction should be complete by the end of the year.

Greg Explains How The Park Works

People had three chief concerns 1) alligators, 2) snakes, and 3) bacteria in the water.  So... I had to threaten my new bromance with Greg, and ask the awkward question about what's in the water?

"All of these locations have freshwater bodies that do in fact have alligators in them. But not one instance not one time has any water skier, wakeboarder had a ever [had a ] bad issue with an alligator," says Greg.

Basically, he says that you should check any body of water you get into in South Florida for gators.  "The park rangers are going right along these water edges the entire day. There are literally thousands of people out here looking at this water. If there was any nuisance wildlife, we would know about it immediately," Greg said confidently.

Greg then took me to the water ski run to talk to Trish Burt, a Water Event Judge at the water skiing course.

"In my 20 years of being here, I've seen a gator two times and they were both trying to get out of sight, so they don't want to be around," says Trish.

Then it was time to play on the floating obstacle course.  When I got into the water, it was a perfect temperature.  As I claimed on this American Ninja Warrior contraption I realized one thing, there is a lot of falling involved and I have a fear of falling.  As I stood there paralyzed from my fear I worked up the courage to cross a tiny inflatable beam and promptly fell on my butt.  Greg was looking on from the shore, my bromance died with that fall because I lost all of my cool points.