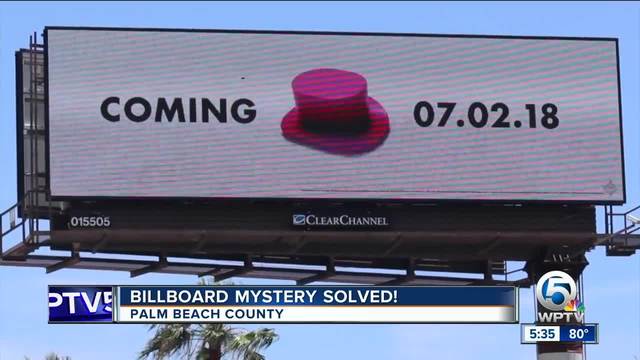 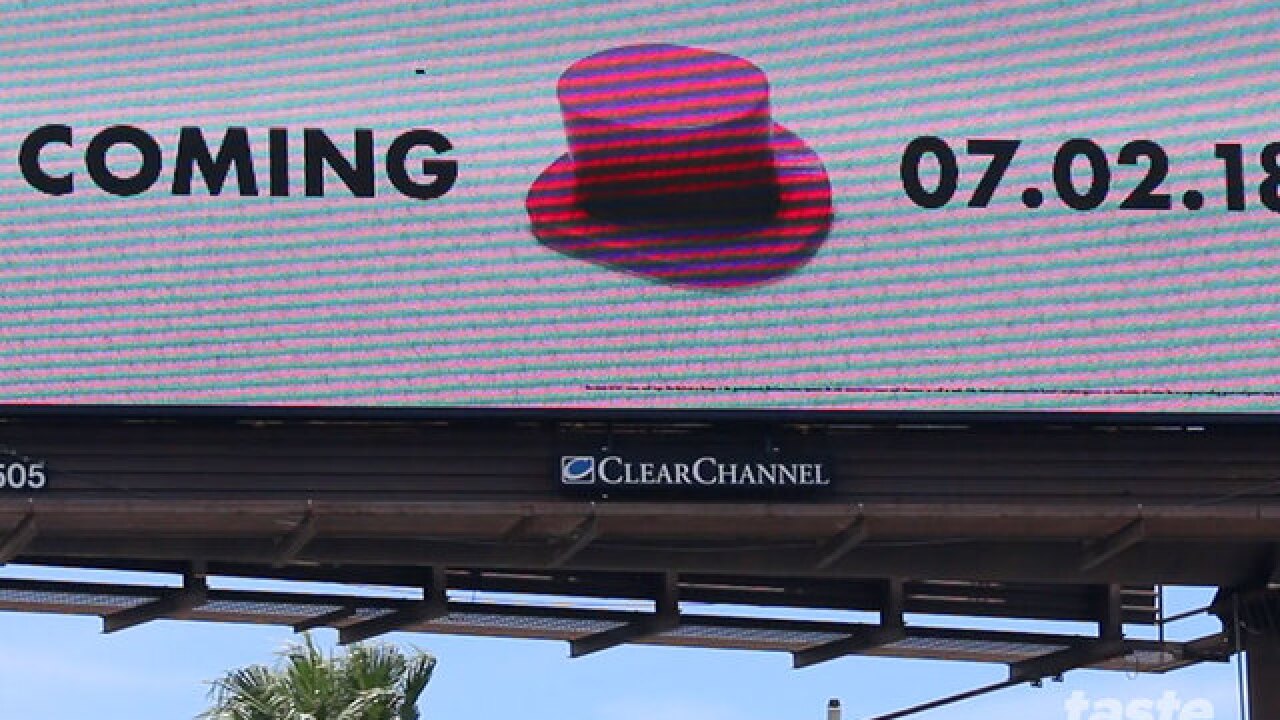 UPDATE: Mystery solved, go to the end of the article for the answer!

It all started with me driving by one of those electronic billboards on I-95.  You know the billboards that rotate different advertising messages.  But one caught my eye because it didn't have a logo on the billboard.  It simply was a pink top hat and said, "Coming 07.02.18."

I racked my brain trying to think what client this pink top hat could represent. Google had no answers for me.  Then I started receiving texts from friends started wondering the same thing!

Then my friend Rachel sent a text that said, "OG. I just saw the [billboard] but this time it had a green dog."  What do green dogs and pink top hats have to do with one another.  Google, again had no answers.

What are these billboards for? #PinkTopHatMysterypic.twitter.com/1b39m5klXE

So today, I got into news unit #501 and drove to the billboard to get footage of the signs.  And there was a blue car where the top hat and dog had been.  Blue cars, green dogs, pink top hats?  I started to feel like I recognized these pieces. MONOPOLY tokens!

I figured it must be an advertising campaign for McDonald's bringing its Monopoly game back to its restaurants.  So I decided to do some research (by research I mean to order a Quarter Pounder with Cheese) and head to McDonald's.  There was no Monopoly signage in the windows and the workers didn't know anything about when Monopoly is coming back.

Back to ground zero.  So I decided to ask my source at Clear Channel Outdoor (the folks who own the billboards).  That source responded, "You know I can’t tell you anything."

"ARRGGGGGH," I screamed out loud at the e-mail.  Who spends thousands of dollars on a billboard only to NOT put their name and logo on them?  Some genius marketing people, because I'm dwelling on this now.  AND NO, I can't wait until July 2.

UPDATE: The Florida Lottery confirmed the billboards are theirs and are being displayed to promote their new Monopoly scratch-off game (launching on Monday).