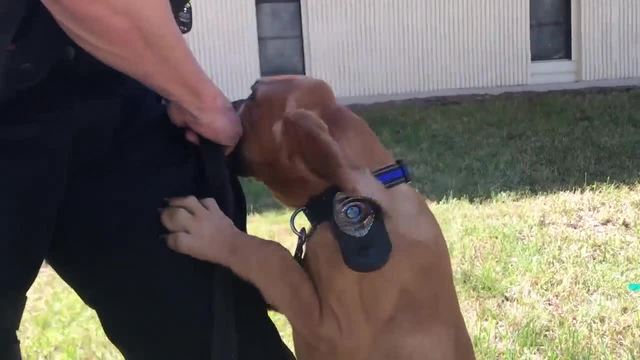 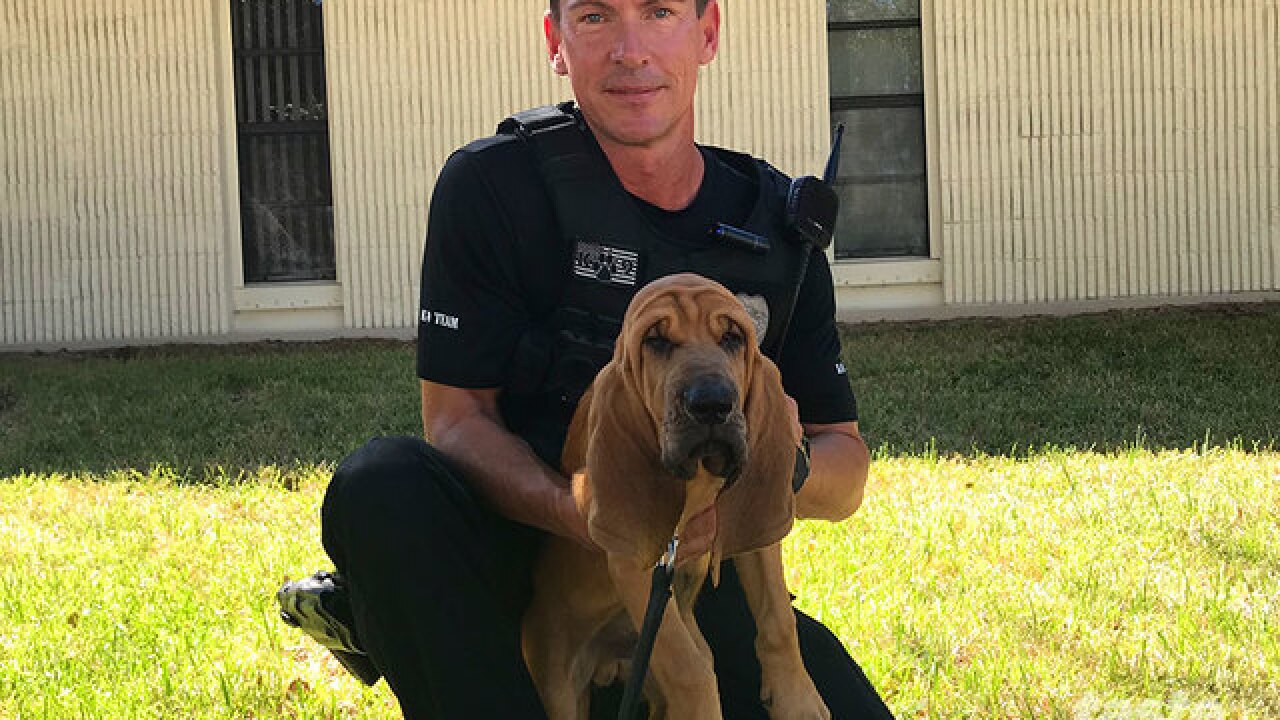 The character Bandit wasn't on the right side of the law in the famous Burt Reynolds movie, but Jupiter Police Department's newest K-9 member with the same namesake is.  Well sort of, when we first met each other he untied my shoe!

Jupiter has been synonymous with Burt Reynolds for decades.

And now, moments after Mr. Reynolds' celebration of life ceremony ended Wednesday at a church in West Palm; his legacy lives on.

The town announcing their newest k9, Bandit on Twitter.

Named after Mr. Reynolds’ movie Smoky and the Bandit.

"You know for me, as a handler, its a huge honor being a lifelong fan of Mr. Reynolds.  For the community to be able to give a tribute like that for you know what he's meant to this town.  He's touched a lot of people lives in northern county, Palm Beach County, and I'm sure this little guy is going to touch a lot of lives too," says Chad Norman K-9 Officer for the Jupiter Police Department.

This 11-week bloodhound is already 25 pounds.   Bought and paid for by the Jupiter Police Foundation who through donations funds programs that aren’t in the Police Department’s budget.

“And in the instance, we supported the K-9 unit for providing the funding for Bandit,” says Jerry Somma, Board of Directors Jupiter Police Foundation.

The foundation says that because the city's current bloodhound, Sherlock, is about to retire they needed to find a replacement.

K-9 officer Chad Norman will start training this adorable pup soon to track missing people.  Bandit even goes home with him at night to play with his young children and sleep.

And, with one-eighth of this brain dedicated to the sense of smell, Bandit has already developed impressive treat finding skills.

You can watch Bandit try and sniff out multiple hidden treats in the grass for the first time in the video below.