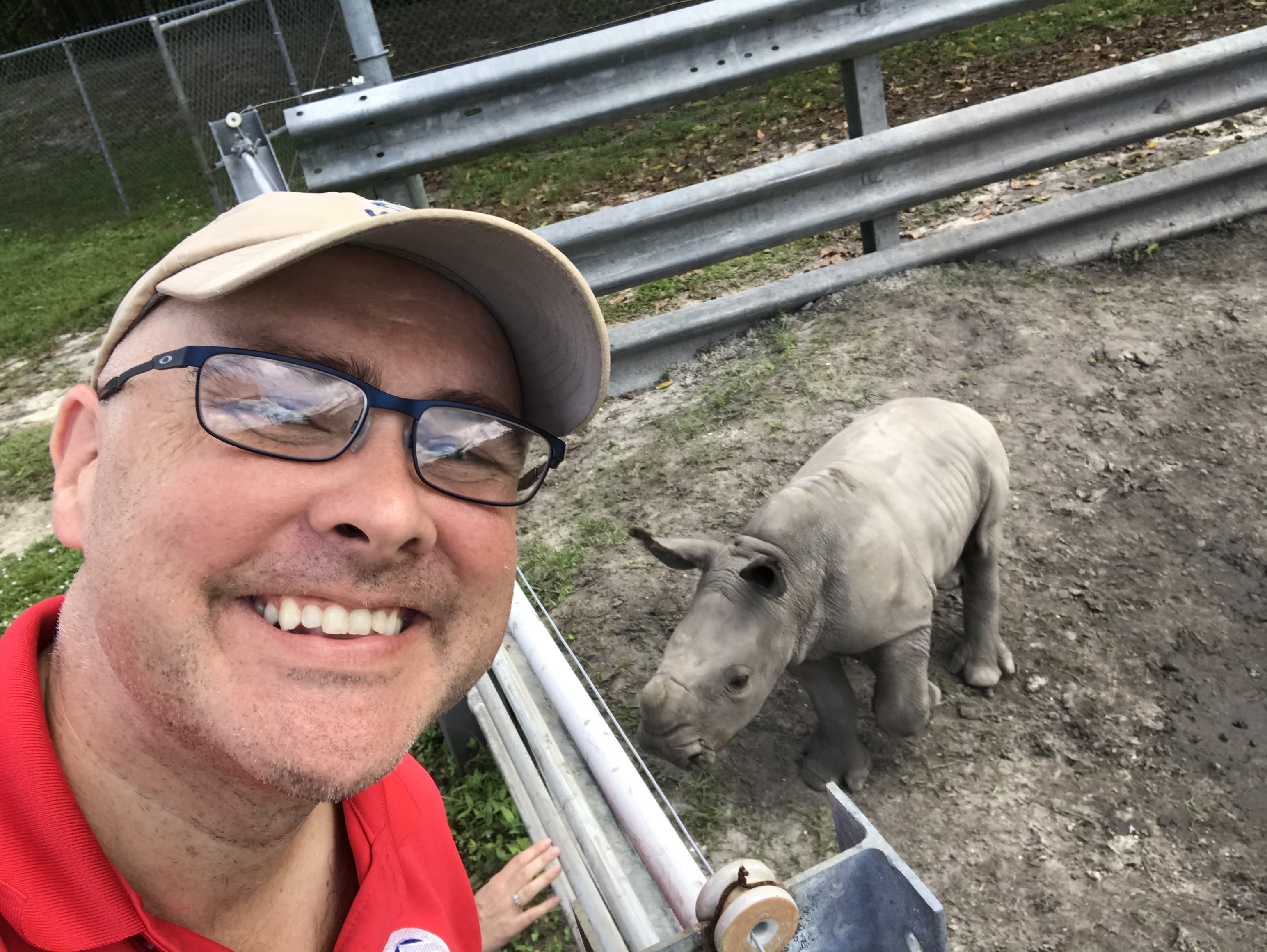 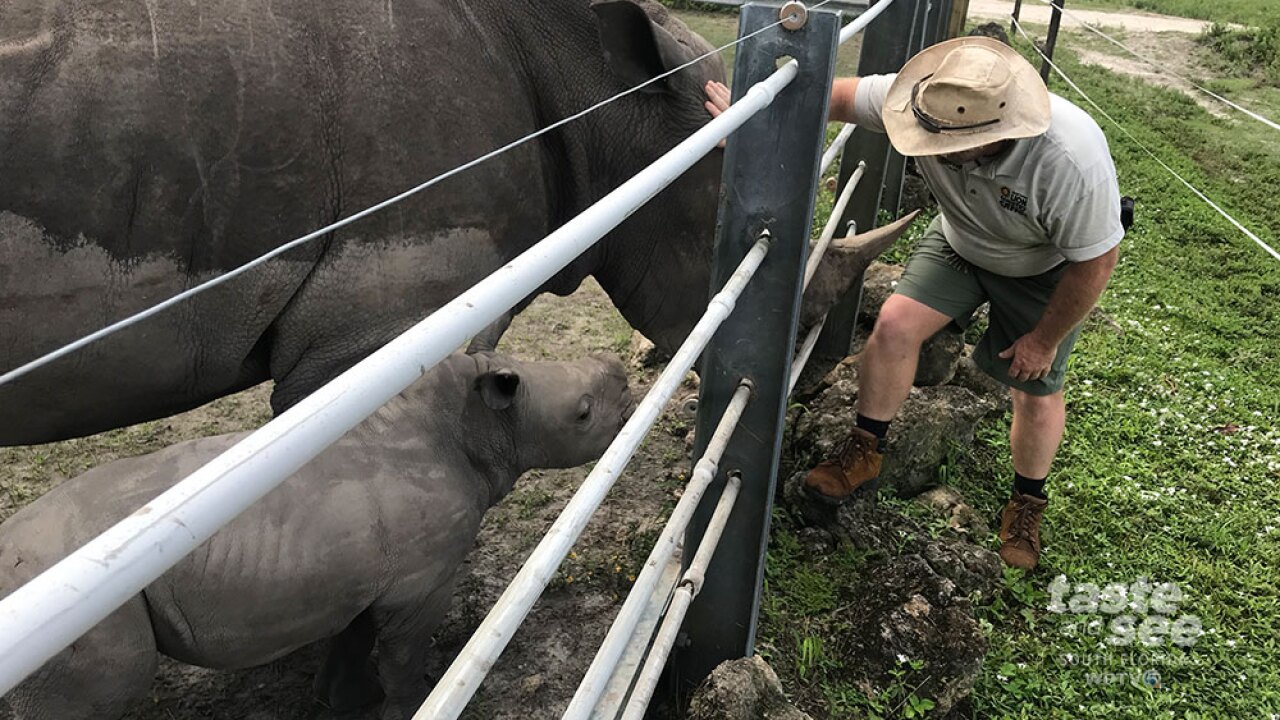 "There you go, you're down," Backus said as Bash's rear-end hit the ground during one of their playful sessions together.

David Backus, the Preserve Lead Keeper AT @LionCountry plays with baby 'Bash' to get rhino used to human interaction.#TasteSeeSoFla pic.twitter.com/KapruRy5SN

"When it rains, he runs through the puddles, full steam ahead," giggled Passeser.

Bash was born at Lion Country Safari on Sept. 26 weighing more than 100 pounds.

Bash is very unique because breeders have a really difficult time breeding even one or two generations of rhinos in captivity, let alone three. At 52 years old, his grandfather, Buck, is the oldest living rhino in North America.

It takes around 15 months for a calf to be born. And only a few are delivered each year across North America.

"So every birth is very significant," said Passeser.

Poaching is the chief cause of the species' dwindling numbers. Some people falsely believe the rhino's horn is an aphrodisiac.

The International Rhino Foundation said a rhino will be killed every 10 hours. That's why, for the keepers at Lion Country Safari, their work to keep the population from going extinct is especially meaningful.

"It's just not a safe environment, unfortunately," said Passeser when talking about poaching. She added if poaching stopped, maybe someday these rhinos could be released back into the wild.

As Bash grows, you can find him and his mom Anna in the maternity pen. Lion Country Safari is waiting for Bash to mature and bond with his mom before he joins the rest of the herd and gets big enough to stand up to the bullying zebras.

Bash and Buck aren't the only unique rhinos in the zoo's care.

Liisa is a rhino who's approaching her six-year anniversary this week of her cancer diagnosis.

"We had to remove about two thirds of her horn," said Training and Enrichment curator Kimberlee Wuenstel.

Liisa was diagnosed with a cancer called fibromyxosarcoma. It's so rare that keepers said it's only been seen in two other rhinoceros in the world.

"In order to treat it, we had to remove [her horn] in stages," said Wuenstel.

The cancer was discovered during a radiograph session that Lion Country Safari does every few months. The keepers routinely weigh the rhinos, administer medications in their hump, draw blood through veins in their ears, and take X-rays of the 4,000 pound mammals.

"Come on, target," Wuenstel said to Liisa during an afternoon activity session. The rhino knows if she touches the target and holds in place for 10 to 15 seconds, her keeper, Daniel Soler, will reward her with food.

While WPTV was at Lion County Safari, Liisa held her head in place until she heard her trainer use a bridge (audio cue) to release her head back down to the ground.

"Her horn is growing back," said Passeser gleefully. "We weren't sure if it would grow back."

Keepers build trust with the rhinos by routinely touching their ears and getting them used to the interaction so that when it's time to do a procedure, they are used to the stimulation.

To learn more about the rhinos and other animals at Lion Country Safari, click here.