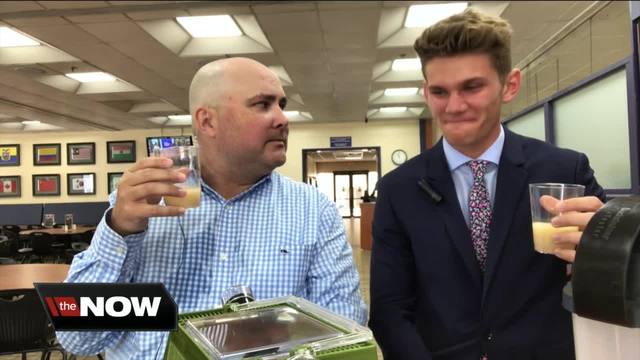 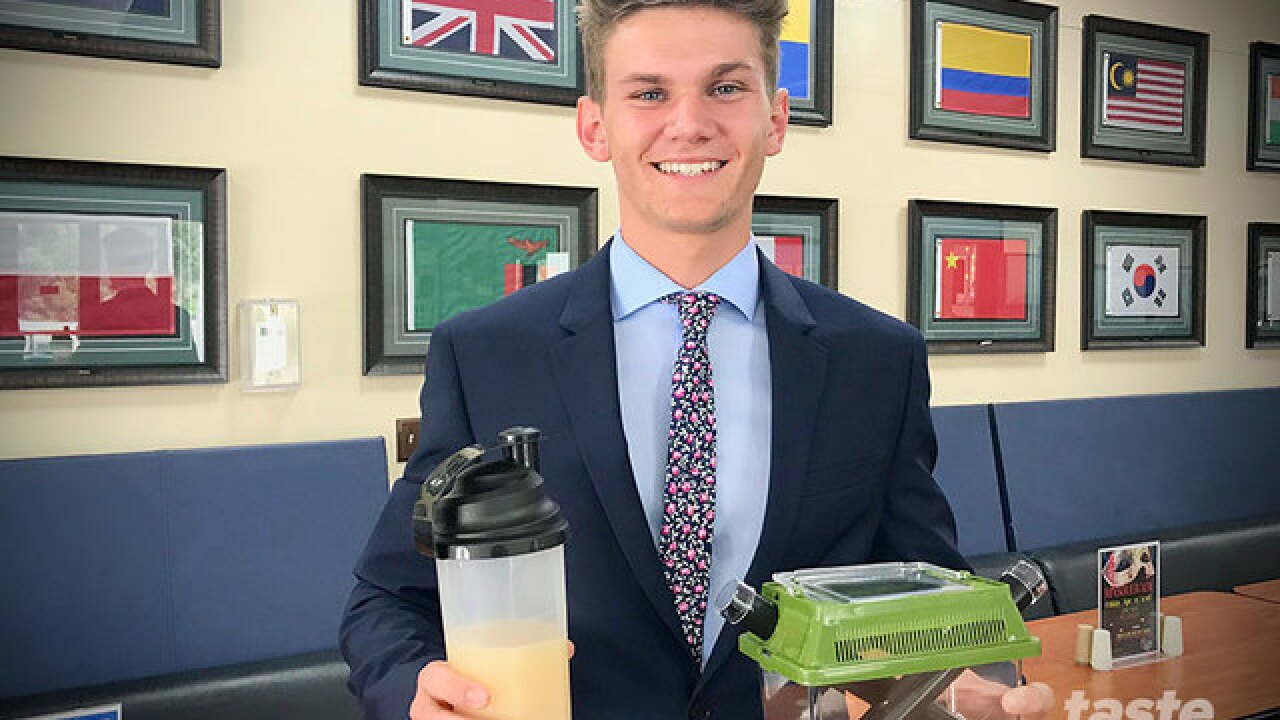 Would you be interested in a food that has double the protein of beef, more calcium than milk, and six times more omega 3s than salmon?

That's what Ross MacPherson, a student Keiser University, is working on.  He has one goal: to convince you and me, that crickets are a viable source of nutrition.

That's right, crickets. Consumed via a protein shake, he calls it Peak Nutrition.

"Peak Nutrition is a concept I created where we utilize the use of cricket powder to make a real meal replacement shake," MacPherson said.

The benefits of eating crickets over traditional food sources seems too good to be true!

One of the other advantages of consuming crickets as opposed to livestock is cost.  One bag of Peak Nutrition is $45. (it will last the average person 30-days or $1.50 a meal).

But to eat a cricket, it sounds so... well... disgusting.

"You know, I think a lot of things are quite disgusting to eat.  You know, eggs, if we think about them, they are chicken embryos that are scrambled," Ross said.

"80% of the world currently eats crickets and bugs.  We're one of the few that don't. Nutritionally they are incredibility high in protein," said Keiser University Department Chair of Sports Medicine and Fitness Technology Julie Snyder.

"I see an innovated idea that could not only be a part of entrepreneurship but part of a new step forward for nutrition for the world," added Keiser University Professor of Entrepreneurship, Management and Finance George Stamas.

@KeiserU Professor George Stamas says crickets could be the future of nutrition for the World.

I still wasn't convinced, so I asked Ross to take the crickets out of their cage.  It turns out, he doesn't like them either.

So what does cricket juice, I mean Peak Nutrition taste like?

A relieved Ross says, "I'm glad you think so."

I had one more question for Ross; did he think his British accent made him sound smarter?

Ross is one of eight students who will pitch their project in front of a pitch-panel tonight at Keiser University at 5:30 p.m.