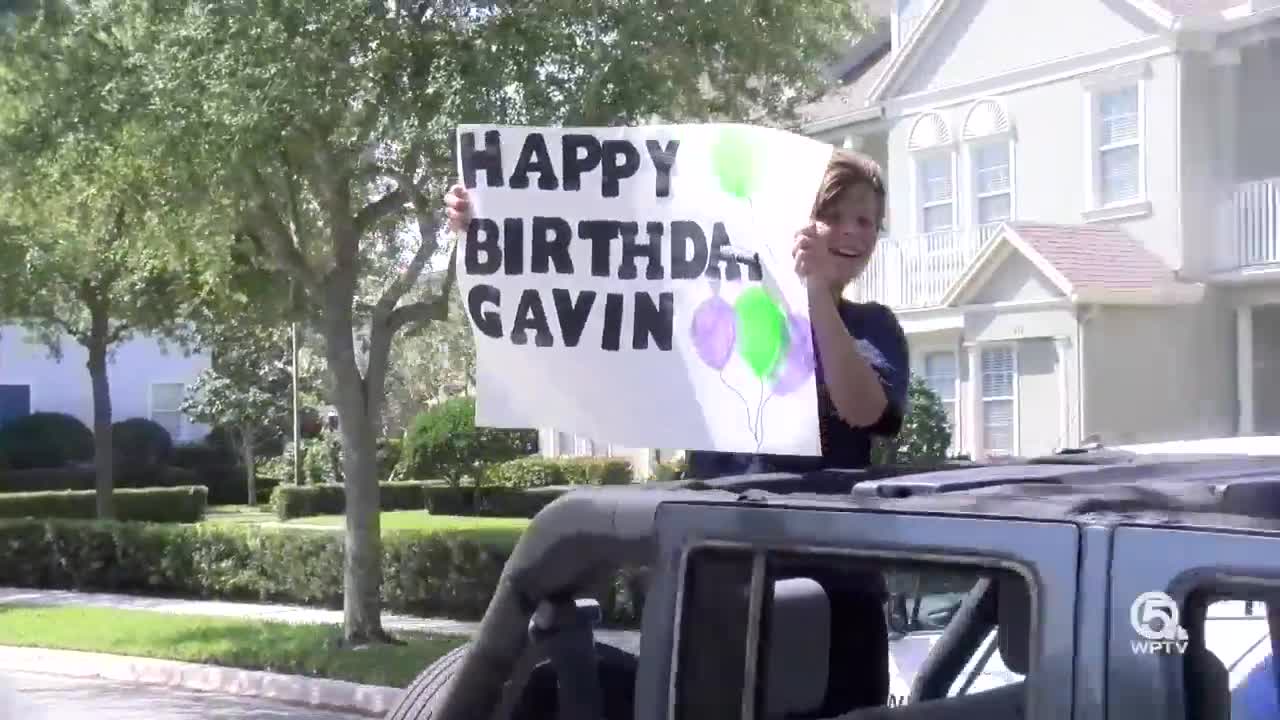 Gavin's mom, Kelly, was unable to throw a birthday party because the family is participating in the coronavirus quarantine. 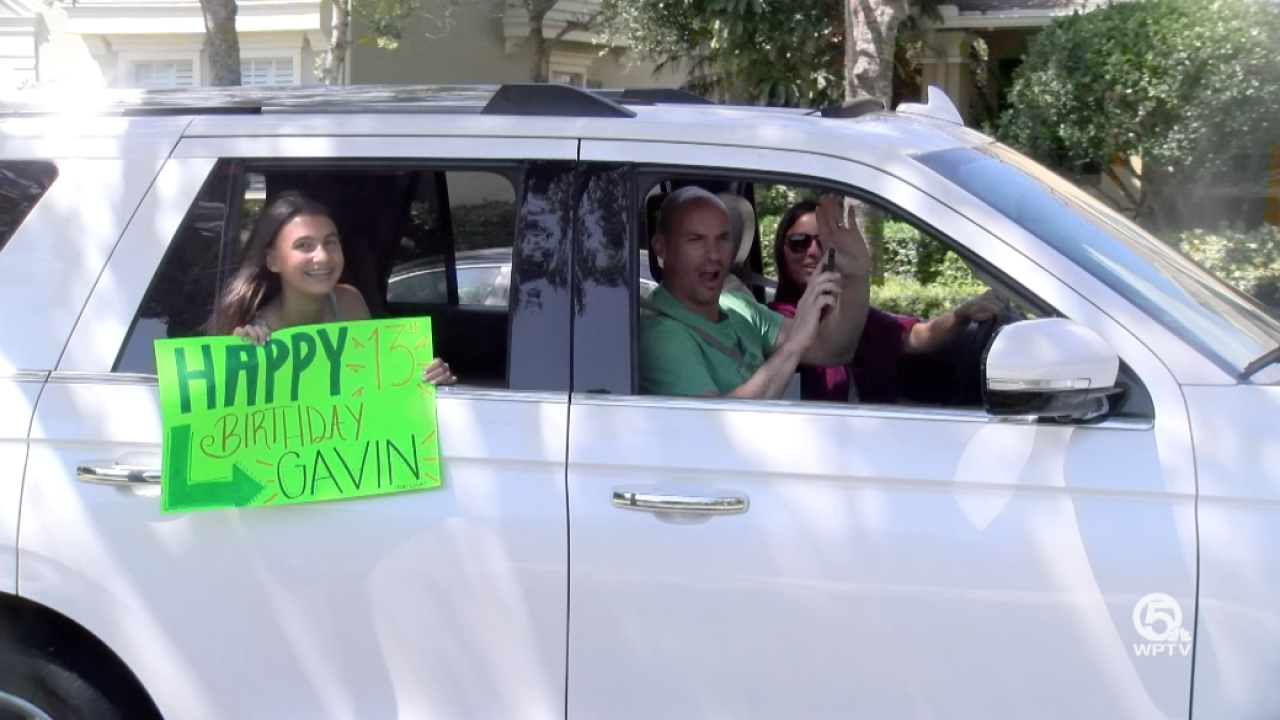 His mom, Kelly, was unable to throw a birthday party because the family is participating in the coronavirus quarantine.

Kelly called parents at St. Clare Catholic School in North Palm Beach to drive Gavin's classmates by their house in the Botanica neighborhood.

More than 20 cars participated in the parade.

"To know that everyone cares so much about his birthday, because he was so sad that we weren't going to be able to have a party," Kelly said. "So I think that was better than a party, right?"

"[This means so much] because all my friends did that for me, and I couldn't be more thankful," Gavin said.