How to get your pics with Air Force One 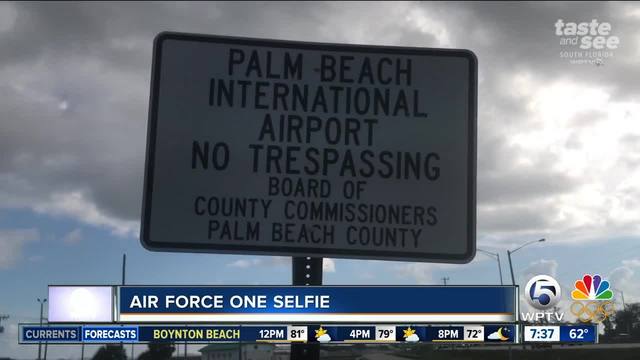 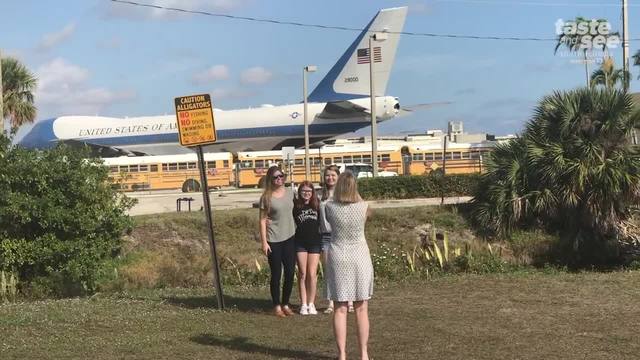 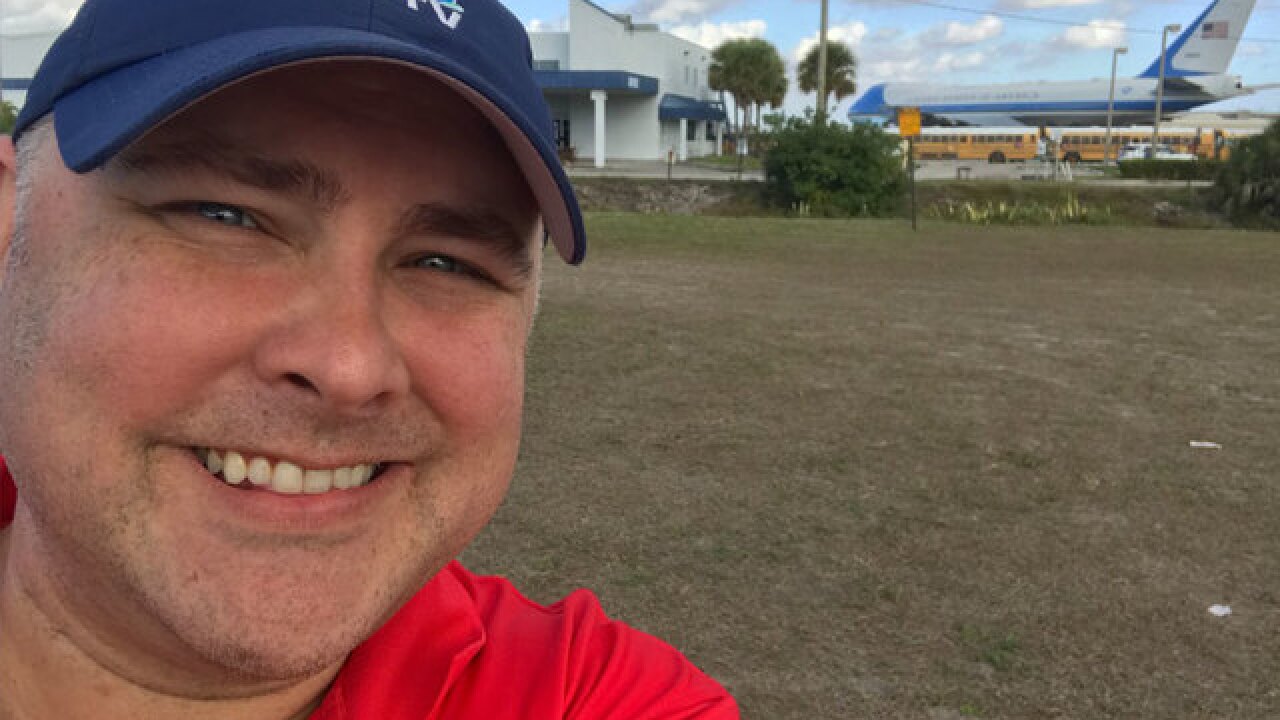 UPDATE: Since my adventure, I've reached out to the airport for their official stance on the matter, and they say photos are not allowed in the field directly south of Air Force One and the area is patrolled by the Sheriff's Department!

President Trump is in town for the holidays and that means Air Force One is with him.

If you're driving on Southern Boulevard pass Palm Beach International Airport Air Force One is an impressive sight to see!

That made me wonder how can I get a picture with the iconic plane?

Admittedly, I have a selfie problem.  It's a hobby of mine.  I took 11 of them at this week's WPTV holiday party alone.

I drove around the airport trying to find the best angle.

Taking a selfie in the car wouldn't be safe and would be blurry.

I asked security for one of the private hangers where I should go and they said the field directly south of Air Force one was a good option.  They told me the Sheriff's Office clears it out if too many people show up.  The Sheriff's spokesperson says they do what the Secret Service tells them to do.

I went to the field; nobody else was there,  then I saw the no trespassing sign. As I walked along the road, I carefully walked the perimeter of the area the board of county commissioners claimed as their own.   I could see this was indeed a great location for a selfie.

The plane was close, but too far away for a great selfie.  I have standards after all.

A dad and his son made the bold first move, a social media photo that would make others jealous.

A dad is taking photos of his kids...  A mom is joining... Strangers are offering to take the pictures of the whole family.  The Christmas spirit is in full swing!

Air Force one was so close I can't stand it...

A mom wanting her son to have a once in a lifetime experience.

A man getting a selfie with his car and Air Force One...

To trespass for the ultimate selfie or not, that was the question... I may have stood a little closer than I should have, but I did get my photo!