How the changes in the SunFest lineup could affect you

In case you missed it - Big SunFest News!  Ice Cube is replacing K.C. and the Sunshine Band because of a scheduling conflict.  But that isn't the only shake-up in the lineup at the music festival.

SunFest Spokesperson Melissa Sullivan admits, "We've experienced this before, so when we hear about it, and we make the shuffle, to quickly fill the slot, and we are really happy with what we have here, and it's being really well received."

So because K.C. and the Sunshine Band is now being replaced by Ice Cube; all but six acts have new stages or new times at SunFest on Saturday.

The most notable changes on Saturday is that all the Reggae acts have been moved from the Ford Stage to the Tire Kingdom stage at the Meyer Amphitheater.

And Ice Cube and 311 will appear at the Ford Stage.

With all these changes, what about people who have bought upgraded tickets for specific artists?

Melissa confidently says, "So with all the stage changes and schedule shifts we've accommodated all of the changes in the stand.  So if they had it at one stage, they now have a ticket for the other stage."

Melissa says SunFest contacted everyone who is affected and people with upgraded K.C. and the Sunshine Band tickets have been refunded. 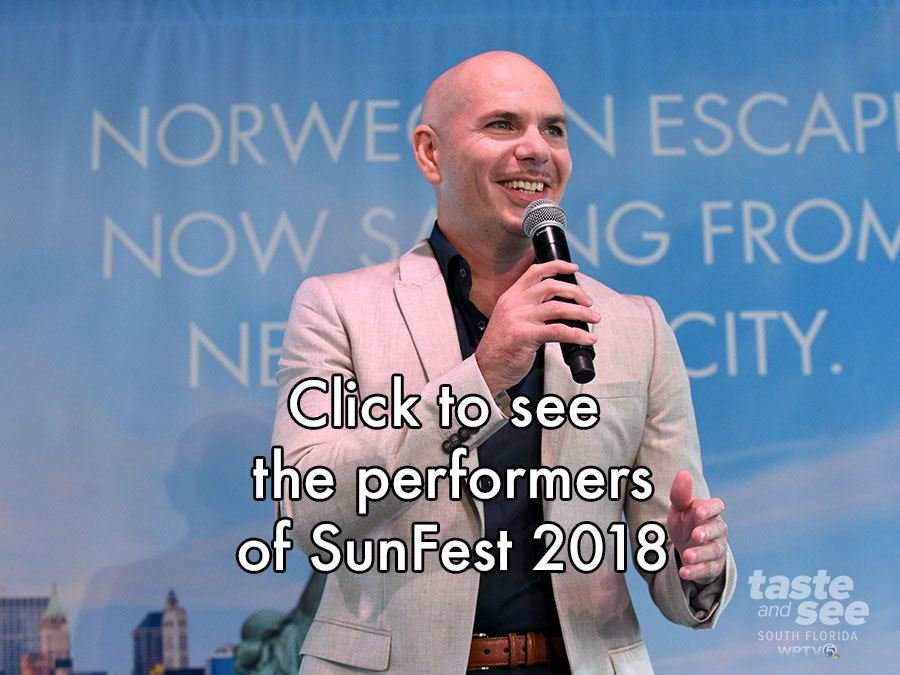 SunFest says they did try to replace K.C. with a similar disco artist, but none were available.

Talking about that scheduling conflict, it is interesting to note that K.C. is scheduled to play this summer in Fort. Lauderdale.