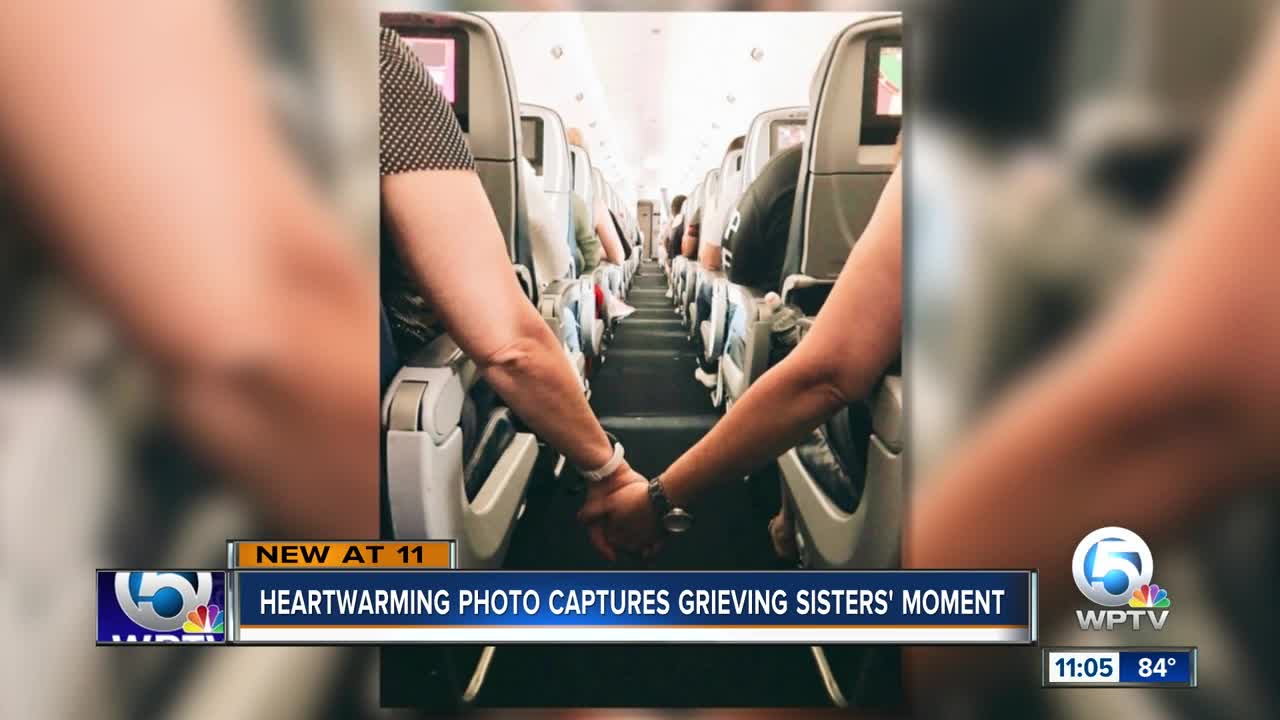 A Delta flight attendant captured a special moment between two sisters on a recent flight. 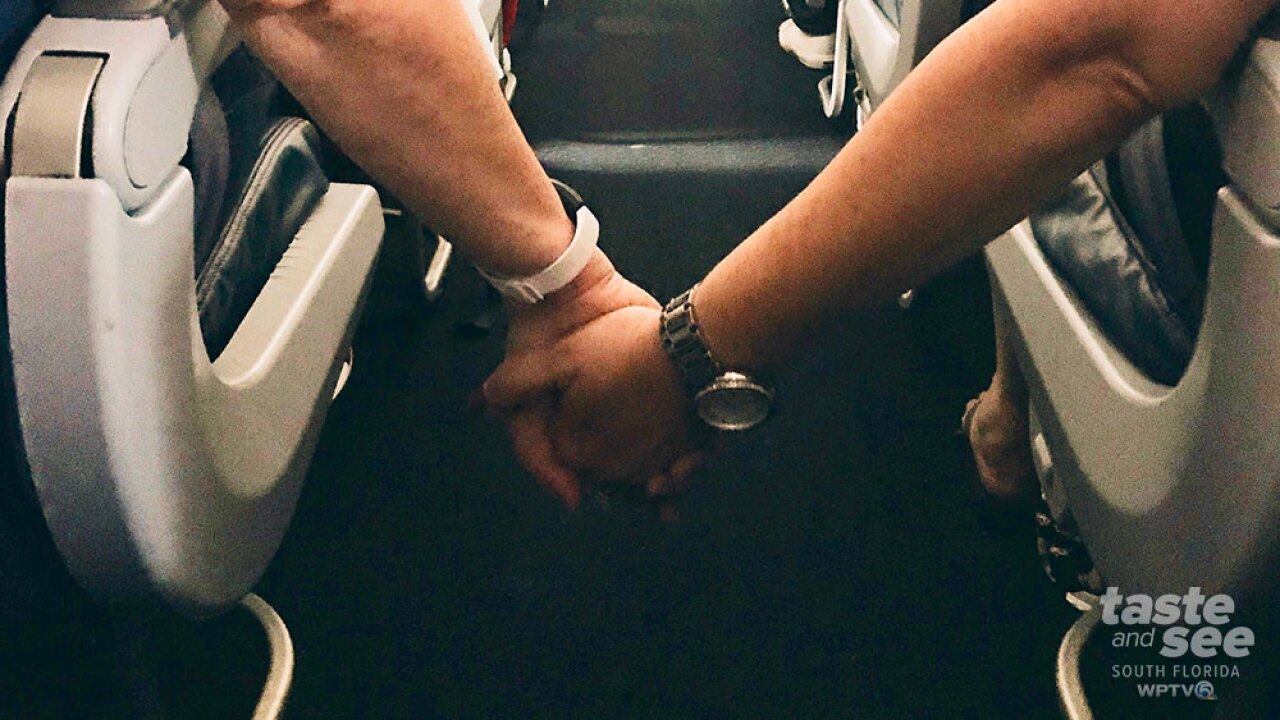 Jodi Gonzalez's father died on Friday, Aug. 9 after a battle with Alzheimer’s disease.

Along with her sister, and other family members, the Lake Worth woman returned home from the funeral in New York the following Sunday via Delta Airlines. On the flight, her sister, Ronda Larsen of Boca Raton, sat across the aisle from her in the back of the plane.

Gonzalez is a nervous flier: "I don't like flying, especially take-off. At the same moment, my sister and I both reached out to hold each other's hands."

"After we reached normal altitude, a flight attendant came and kneeled between us and showed us a picture she had taken of us holding hands. She then shared with us that she was so touched by our interaction and told us about a family member she had lost to Alzheimer's. We talked for a while and she asked for our email addresses so she could send us the photo," says Gonzalez.

" In this world of constant complaining and negativity we wanted to personally take the time to do the complete opposite and let everyone know that Delta Airlines has an angel working for them...  ...We had all endured a very emotional time and were both physically and mentally drained.  I do not like to fly and especially do not like take off.  My sister was seated directly opposite the aisle from me and at the same time we both took each other's hands as the plane began to take off.  We remained holding hands until the plane reached its normal altitude and it was then that flight attendant Amy Ashworth respectfully approached us asking if she could take a picture of us holding hands as it had touched her significantly to her own story.  She shared how being a flight attendant gives her the ability to see people in the midst of many significant moments and that witnessing this small moment of two sisters sharing the loss of their father allowed her to reach out to us in vulnerability to let us know that she was there if we needed anything and that she cared.  She chose to allow us to share a few fond memories of our father while grieving alongside us and we asked her to please send us the photo she had taken.  This photo has been uploaded as well. Flight Attendant Amy Ashworth's comforting words reminded Ronda and I that we were not alone and that we truly do need one another.  The world need[s] more people like Amy and we would appreciate any type of commendation that could be presented to her as she went above and beyond her call of duty as a flight attendant and was truly an angel in the sky with us last night." 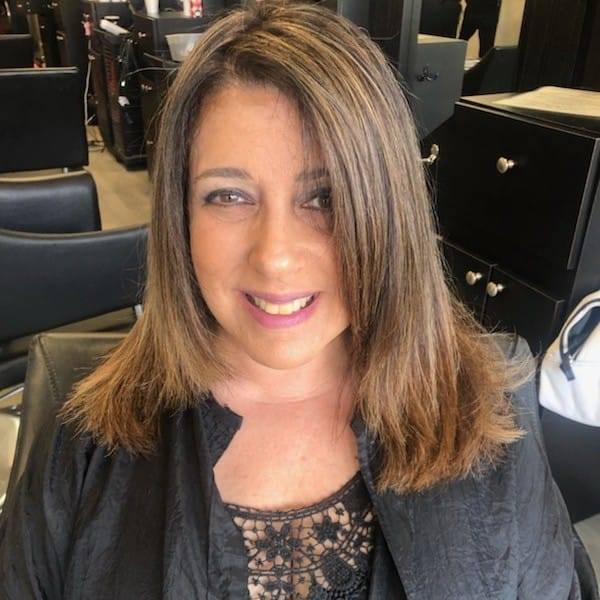 In an e-mail, Amy Ashworth replied.

"Oh my gosh these words made me cry!! Thank you so much. Haha, I don’t feel like I deserve such honoring words - but thank you."

Gonzalez says, "In this messed up world, it was so nice to see that there are still people out there that care and that we are all vulnerable."