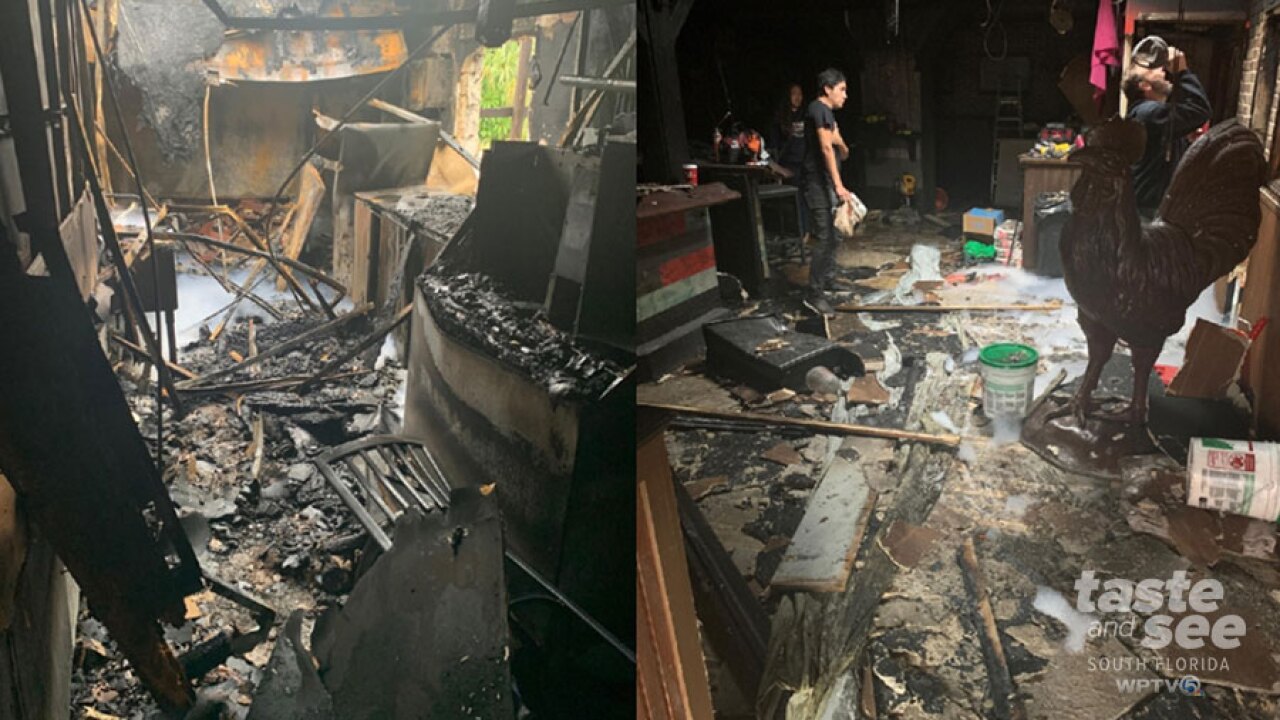 WEST PALM BEACH, Fla. — H.G. Roosters, the only gay bar in West Palm Beach, let its insurance lapse due to the coronavirus outbreak, and is now dealing with the aftermath of a destructive fire that broke out early Tuesday morning.

In a text message to WPTV NewsChannel 5, A.J. Wasson, the owner of H.G. Roosters, explained why they decided not to renew their insurance policy.

No insurance. It expired 4/4. My agents new quote was for $25k. I told her I could not afford it. I was shut down and needed all my available cash to pay my employees. We agreed to hold off on liability until we knew we were reopening. The employees working around the bar were covered under worker’s compensation.

Wasson said the premium was due in full for the entire year and he decided to pay his employees during the bar's shutdown instead.

"Was it a risk I took? Yeah. My employees had to pay their rent, buy food, pay their bills," said Wasson.

The bar estimates that it will take six months and around $300,000 to rebuild the establishment, none of which will be covered by insurance.

Wasson said he is considering several options to start rebuilding immediately, including taking out a mortgage on the building, utilizing lines of credit, and other options that he said he may reveal at a later date.

"This fire remains under investigation and unfortunately no information on it can be provided."Peter LeDuc, Fire Marshal for the City of West Palm Beach.

A look inside at the damage caused by the fire at H.G. Roosters: