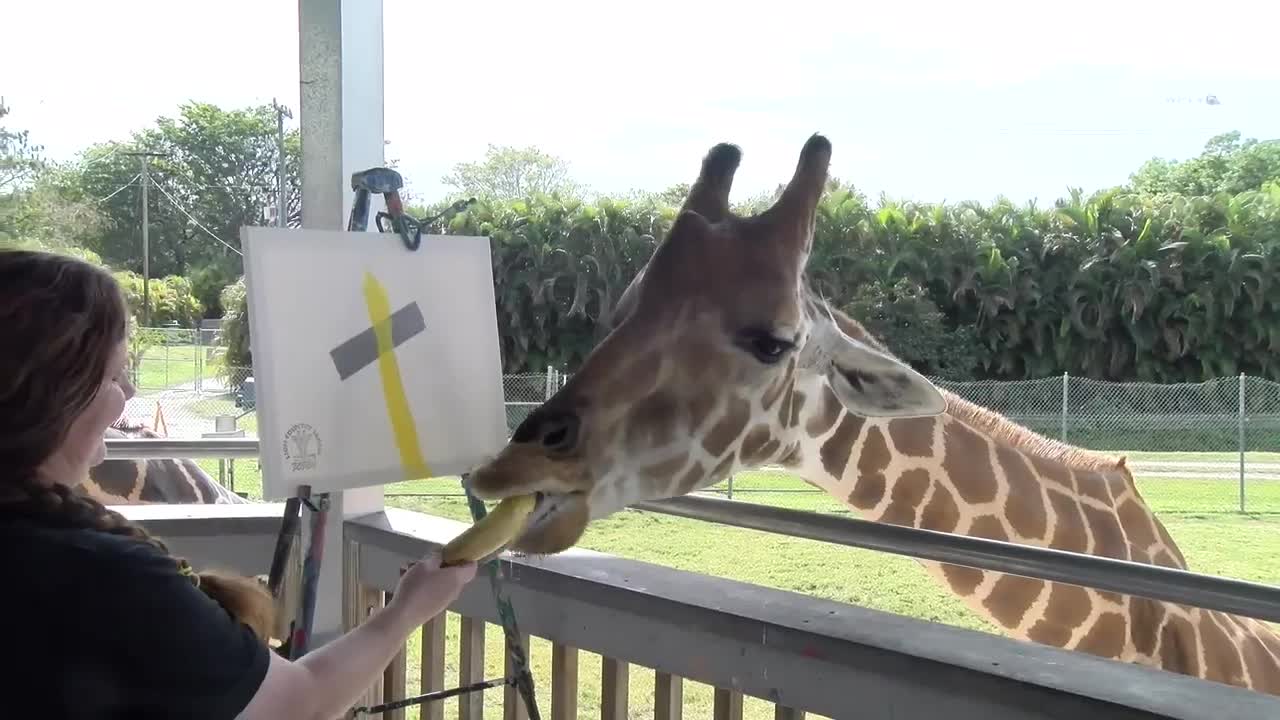 Bobby, the van Gogh, of Lion County Safari is getting in on the Art Basel action. 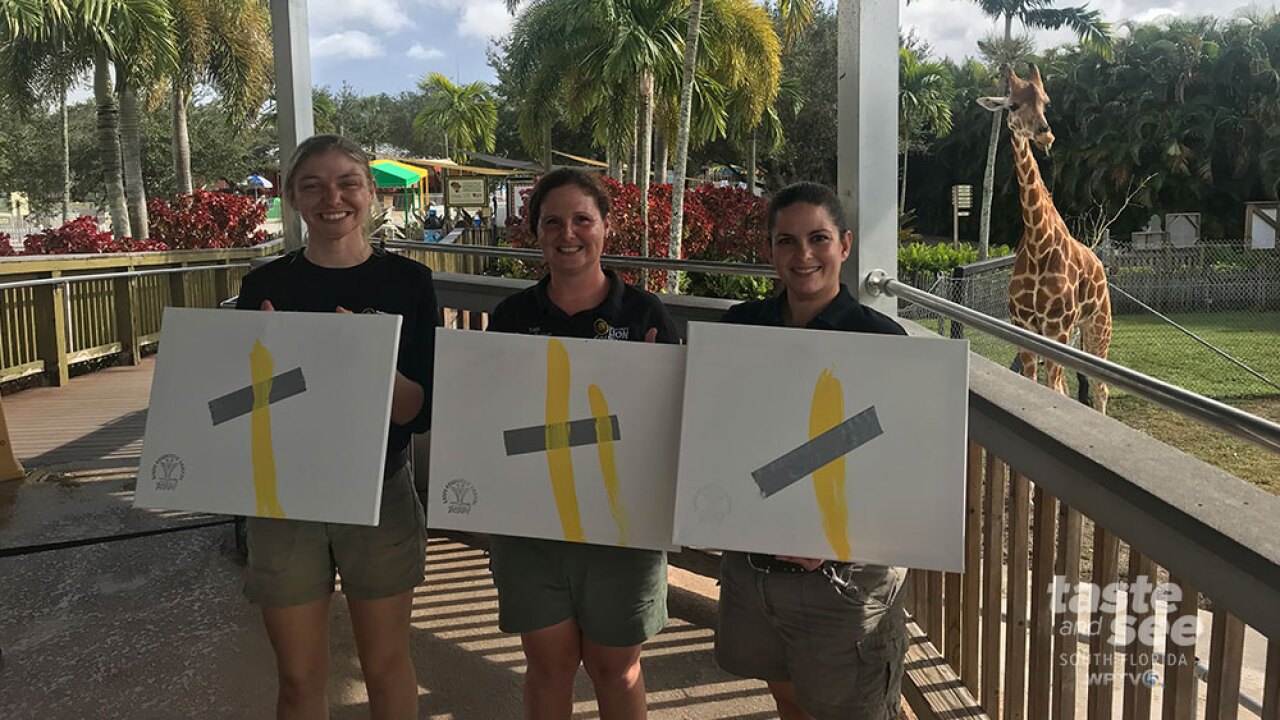 LOXAHATCHEE, Fla. — Last week, the art world was all abuzz about a banana duct taped to a wall selling for $120,000 at Art Basel in Miami.

Now, Bobby the giraffe, a.k.a. the van Gogh of Lion County Safari in Loxahatchee, is taking advantage of the hype. He's one of five giraffes at the animal adventure park that have been trained how to paint.

Normally, giraffes' diets consist of lettuce, leaves, and branches. But as rewards for painting, these artistic animals get sweet potatoes, and you guessed it, bananas.

Thursday afternoon, Bobby used his used his 18-inch tongue to create his own banana masterpiece.

The kindred spirits have painting as a hobby in common.

"That tongue is too much," exclaimed Walters as Bobby licked her hand.

You can purchase your own banana and duct tape masterpiece at Lion Country Safari for $49.99, and 100 percent of the proceeds will go to giraffe conservation.

Earlier this year, WPTV Taste and See South Florida profiled the special bond between Lion Country Safari handlers and the giraffes they care for.