Get 20% off your bill at South Florida restaurants 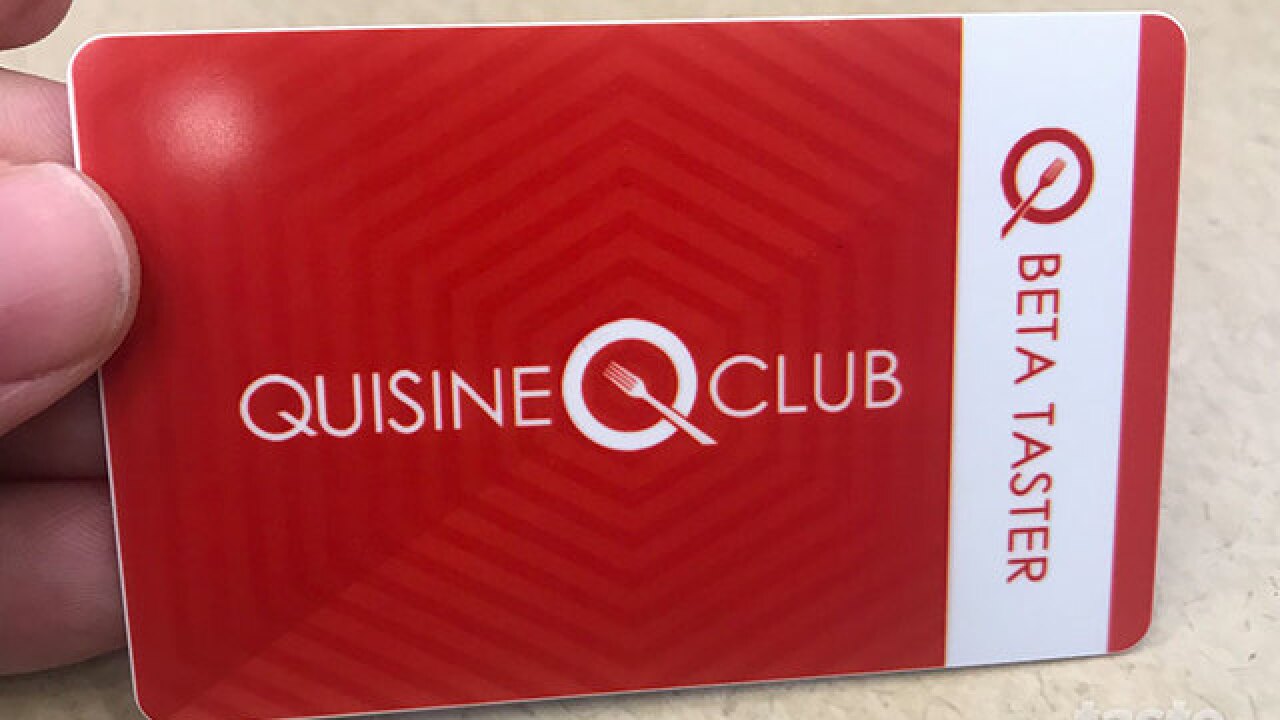 Starting Tuesday at 5 p.m. you can get 20% off your bill at local South Florida restaurants.  For the last few weeks, entrepreneur Taylor Morgan has had me embedded as a "Beta TASTEer" for "Quisine Club."  To my delight, it was very easy and discreet way to get 20% off my bill.

Taylor, a former radio personality, is no stranger to being an entrepreneur and has learned from her mistakes.

"We don't talk about idle chitchat and stuff like that.  I love idea people," says Taylor.

"Whatever she puts her hands on, she's going to make it a success," says Pizza Girls owner Jennifer Morales.

Taylor has had lots of enterprising ideas.  In 2001 she started a restaurant program where diners bought gift certificates at half price but redeemed them for full price.  "Taylor Morgan's Dining and Entertainment Show" was on the air for five years on 1230 WBZT starting in 2001. She pushed listeners to a website she built with all the restaurant's information on it (a new idea for the time) and she sold half-price gift certificates.

It was so successful Clear Channel radio, now iHeartRadio, copied her idea and even eventually Groupon was born.

Taylor says that idea's time is over.  " It's dead.  I knew I had to do something because I didn't want to have to go out and get a job," laughs Taylor.

Now today, after 18 months of strategizing with local restaurateurs, she hoping to disrupt the market by launching the "Quisine Club."  For $9.95 a month members will get 20% off their total bill that includes alcohol and on takeout at restaurants from Vero Beach to Pompano Beach.  There are no blackout dates and limited restrictions. You can use the card as many times as you want, but at each restaurant, you can only go once a week.

So far there are 82 restaurants signed up from diners to family restaurants and more high-end places like Aaron's Table in Abacoa Town Center.

"It might give you that one extra reason to try our restaurant for the first time, and we love it," says owner Aaron Fuller.

"I hope we get a lot of new customers who have never been here before," says Jennifer.

"It's almost like a social platform for diners, restaurateurs to see what we are all doing, says Chef Eric of Evo in Tequesta.

There are a lot of benefits for the restaurants to be apart of Quisine Club including the marketing the service provides.

"It doesn't feel "coupony" it's a discreet way to get a little bit off your bill and a great way to try new places," says Taylor.

Taylor plans to take the idea nationwide. The Beta Tasting period ends today and the website is scheduled to launch this evening.