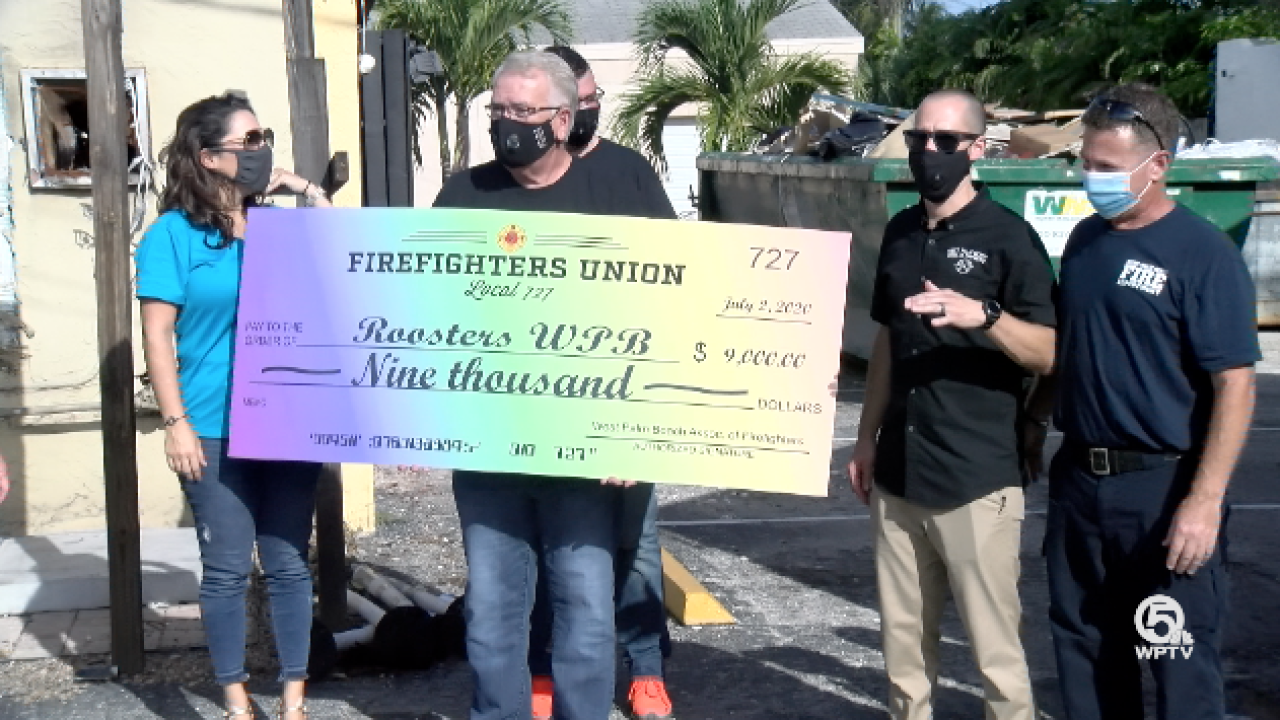 WEST PALM BEACH, Fla. — Only on WPTV NewsChannel 5, the same firefighters who helped save West Palm Beach's only LGBTQ+ bar just donated $9,000 from their own pockets to help rebuild the establishment.

Back in May, investigators said chemicals in a bunch of ranges spontaneously ignited and caused H.G. Rooster's to catch fire.

Firefighters and paramedics each donated $100 of their own money.

"If it weren't for them the place would have been completely gone," said Wasson.

"This was really nice to be off-duty, to do something above and beyond and really be able to see a difference we can make in the community," said Jayson French with the West Palm Beach Firefighters Association.

H.G. Rooster's let its insurance lapse when the coronavirus pandemic forced them to close so they could pay employees.

Rooster's has also raised tens of thousands of dollars through GoFundMe and several other fundraisers.