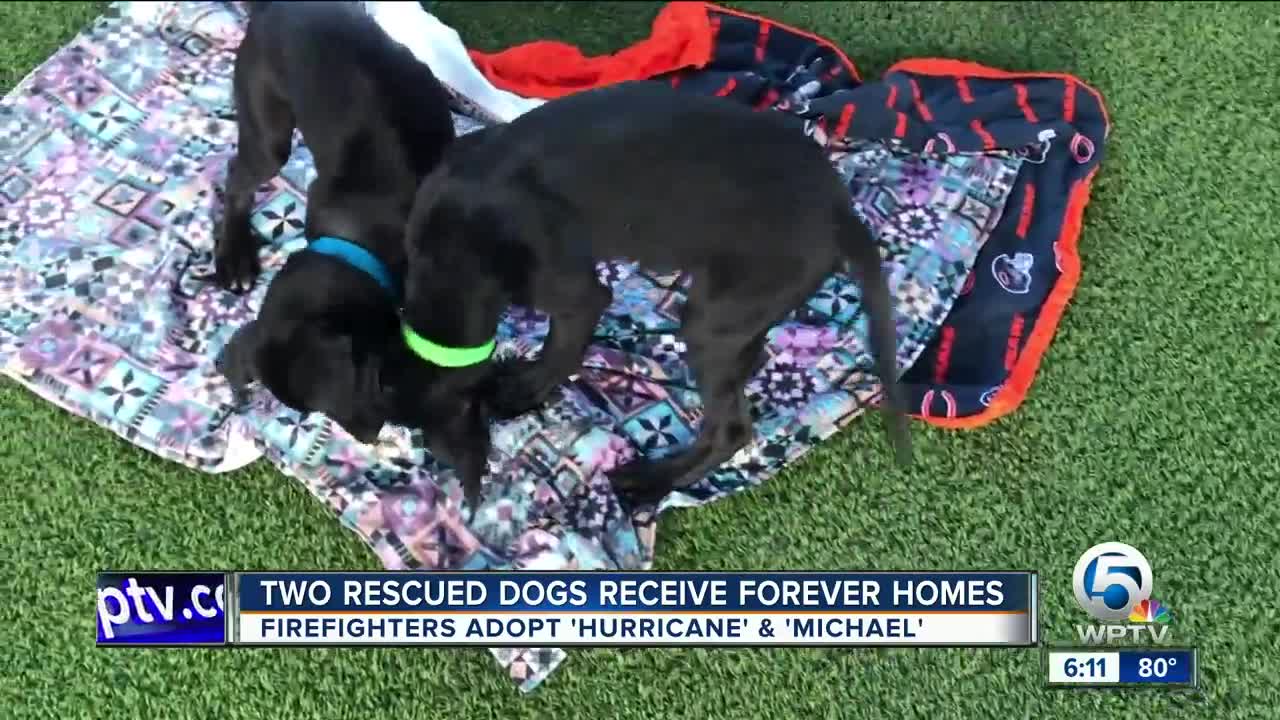 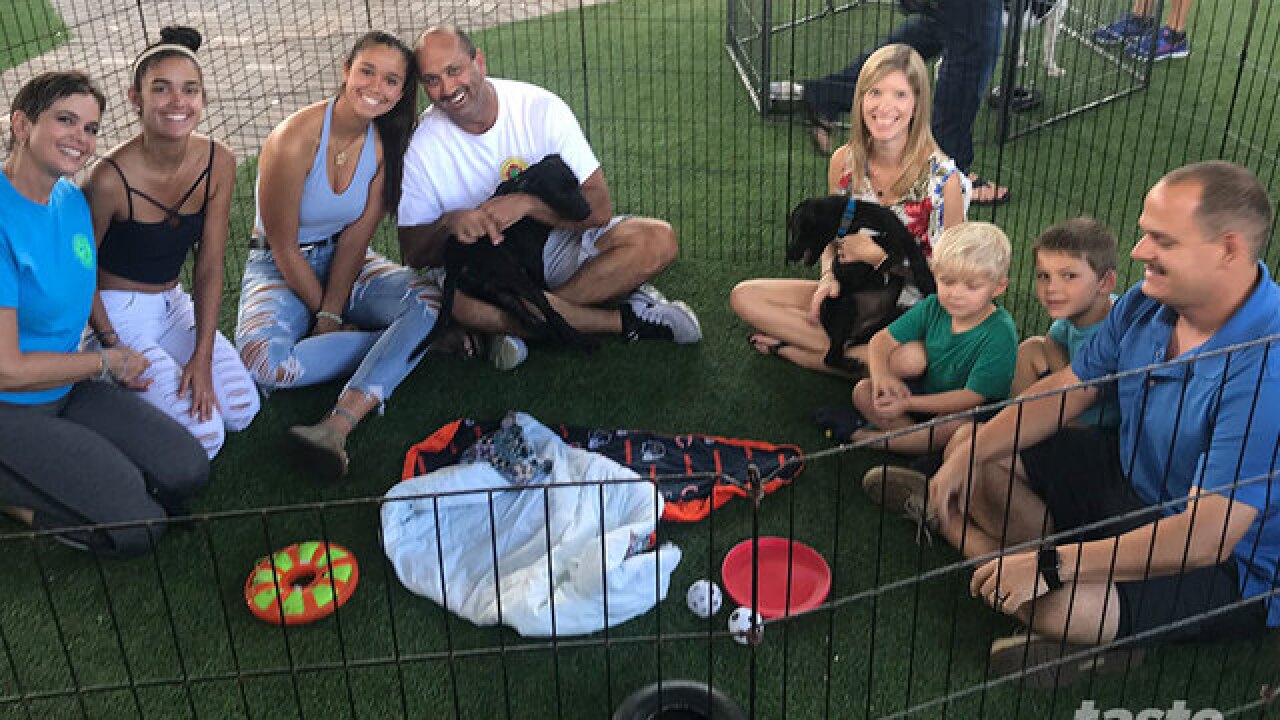 LOXAHATCHEE, Fla. -- At Big Dog Ranch Rescue in Loxahatchee, there are small dogs too.

Including two black lab siblings named Hurricane and Michael who were surrendered after their namesake tore through Howard's Creek.

"They were found up there, they were full of worms, full of fleas, emaciated, and left... on their own," says Big Dog Ranch Rescue President, Lauree Simmons.

"And the two firefighters have now come to surprise their children with adopting these two puppies," says Lauree.

Firefighter Jeff Boyd breaks the news to his daughters.  "Go say hi to your puppies," says Jeff.  "That is your forever puppy, love it, take care of it forever and ever...  And make sure your college dorm excepts dogs.  We have to hurricane proof our house!"

While the Boyds got Michael, the Schmitz got...

"I forgot," says his her son Caden.

The inspiration for adopting the dogs came from when Matthew adopted a black lab named Bo during Hurricane Katrina.

"So when I ran into another dog that's a black lab that was rescued from a hurricane we felt like we had to get another dog," said Matthew

"Hurricane and Michael hit the jackpot.  Not only did these firefighters rescue them, but they are also giving them wonderful forever homes," says Lauree.

"It really makes me so happy," sobs Lauree.

The two firefighters live very close to each other so Hurricane and Michael will still be able to hook up for play dates.