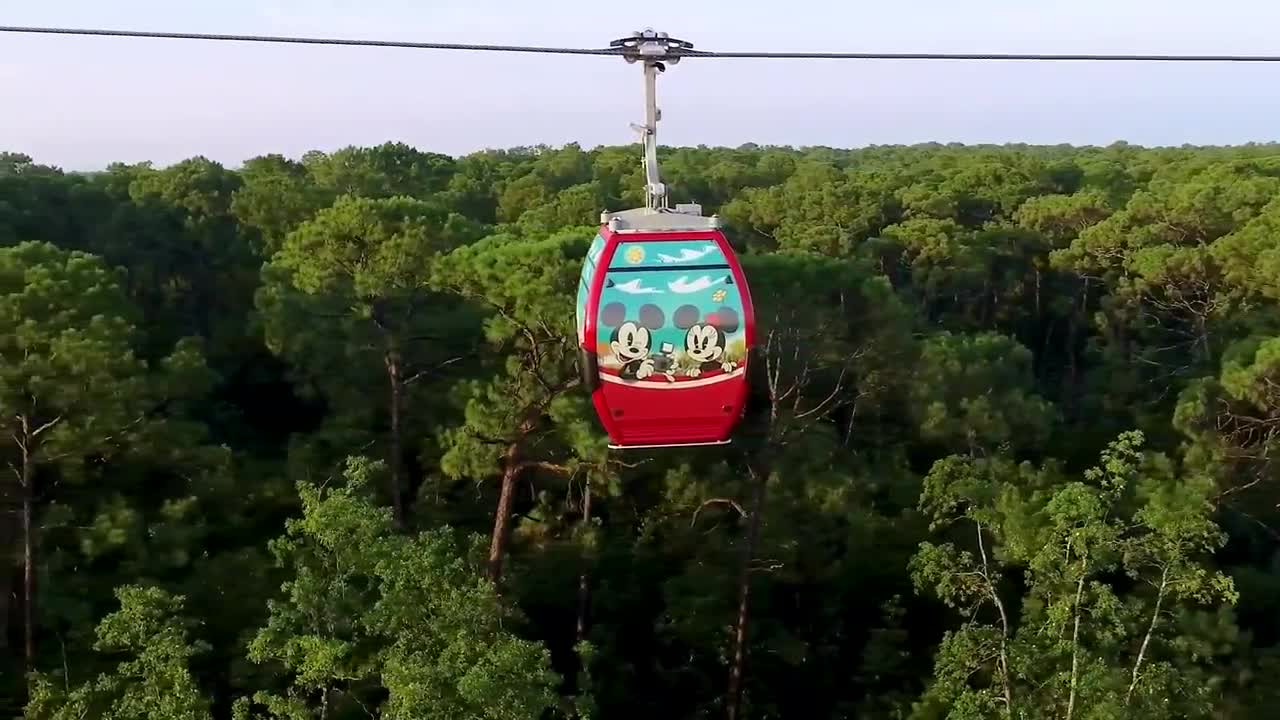 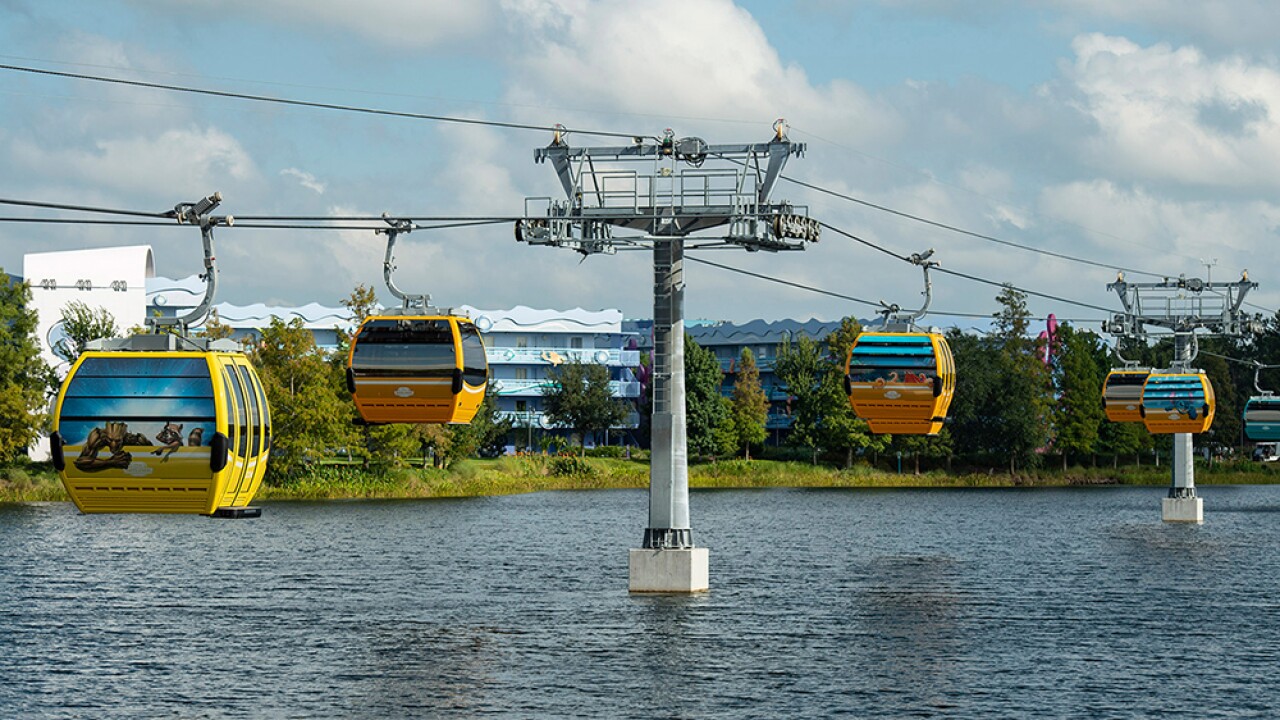 LAKE BUENA VISTA, Fla. — This weekend, Walt Disney World in Orlando will introduce its newest way to get around the Florida resort — an aerial tram system that will whisk visitors from hotels to theme parks while going 11 mph.

The Disney Skyliner gondolas will open to visitors on Sunday, Sept. 29 and are the latest addition to one of the largest private transportation systems in the U.S.

The Disney Skyliner system has cabins that transport guests between Epcot and Disney's Hollywood Studios. The system will also go to the following hotels:

The gondolas are themed with a variety of Disney characters.

Thomas Mazloum, a Disney senior vice president, says unlike municipal transportation systems that typically are a means to an end — your destination — the experience is the most important part of Disney's transit system.

Mazloum says transportation should be as memorable as any part of a visit.

To mark the grand opening of the Disney Skyliner gondolas, Disney is selling a variety of Skyliner merchandise.