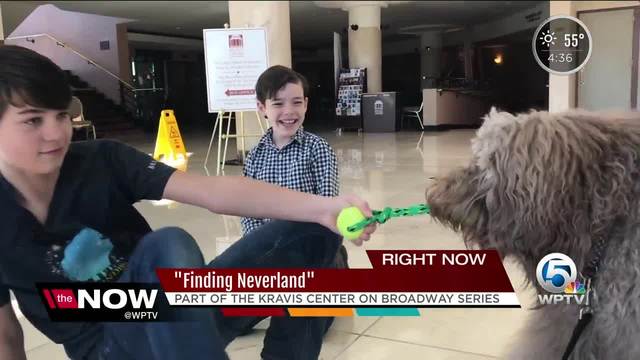 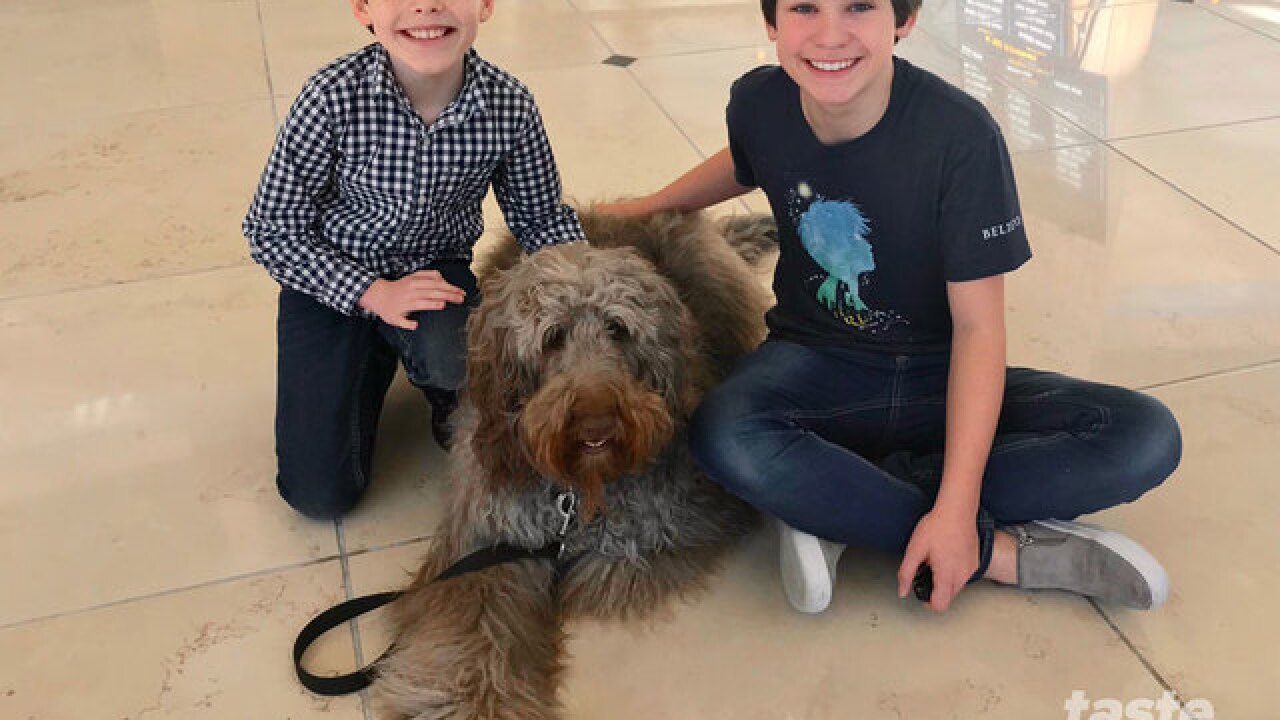 Playing now is "Finding Neverland," and it is part of the Kravis on Broadway Series.  The musical is about how a playwright comes up the storyline and characters that inspire the classic Peter Pan fairytale.

Even though there are more prominent actors in the production, like John Davidson who used to host television's Hollywood Squares... There is one cast member who overshadows them all and quite possibly the cutest dog ever; a canine named Sammy.

Kid cast member Colin Wheller likes to brag a bit, "He does the show every night!"

Sammy is a poodle mix who I'm told by child cast member Tyler Hennessy has never missed a show, "He is... a professional."

When I watched "Finding Neverland" at the Kravis Center on Wednesday night, I thought it has spectacular special effects, quick moving plot line, and a fantastic troop, but the cast member who wins the most lovable award is a dog named Sammy...  But, I wondered... How do they get him to hit every cue?  How does Sammy perform so flawlessly?  How does he not react to the audience's applause?

"We give him little commands, and we have treats in our pockets, we'll slip him a treat [on stage] sometimes," says Colin.

Sammy... can be adorable on cue!  Thanks to the only Tonny Award-winning animal trainer in history Bill Berloni, who trained Sandy the dog from Annie.

Bill Berloni only uses shelter dogs, and that's why last night at the Kravis Center show Sammy hosted an adopt a dog event in the lobby.

When Sammy isn't on stage, he loves to play fetch with some tennis balls.  This morning the floors where a little slicker and more polished than the grass he is used to playing on.

His co-stars get the raw end of the deal.  When they aren't on stage... They are in school.

Colin explains, "During the show, while we're not on stage, during intermission, we have 20-minutes of school.  So, while you watching, like, some numbers go on, where the kids aren't on, yeah, we're in school."

By the way, for tonight or tomorrow's show if you bring your student ID you can get almost half off tickets and this deal applies to teachers as well (while supplies last).  Just call the box office for details. Tickets normally start at $28 plus taxes and fees.