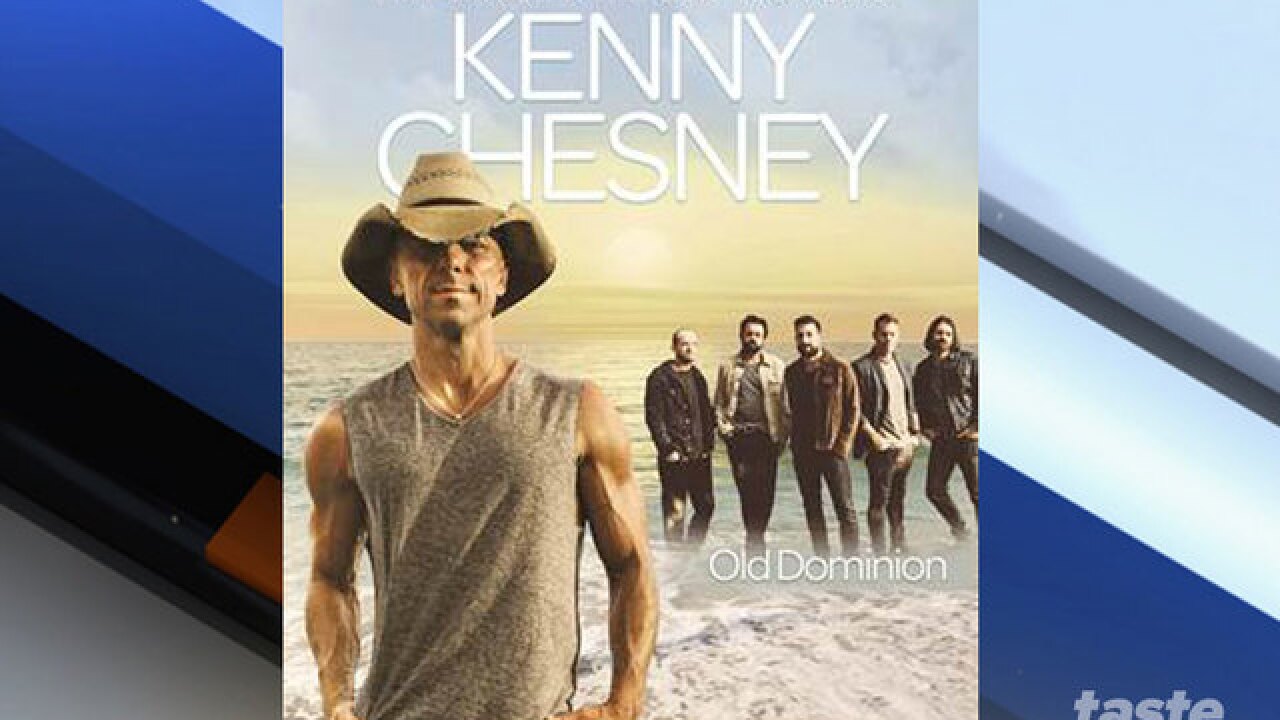 Kenny Chesney announced this afternoon that he will be coming to West Palm Beach for his 'Trip Around The Sun Tour 2018' in May.

This comes right after Kenny jumped to a new record label.  In late January, after being with Sony Music for over two decades, Kenny signed with Warner Nashville (the same label as Blake Shelton).

Heath West, Program Director for the Treasure Coast's Wave 92.7 says, Well it's always a treat to have Kenny come through here. He's done stadium shows and festivals in Florida the last several years, so to get him at Coral Sky is rare. He mentioned to me years ago that West Palm always has a special place in his heart. His first ever major headlining tour started right here at the Amphitheatre in 2002. He's never forgotten that."

Joining Kenney will be the band Old Dominion.  The five-man band must be feeling pretty good since they have the #1 song in the United States right now, "Written In The Sand."

Old Dominion - Written In The Sand

Kenny Chesney and Old Dominion will be at the Coral Sky Amphitheatre on May 24.  Tickets go on sale this Friday at 10 a.m.