Cinderella Castle at Disney's Magic Kingdom getting a makeover 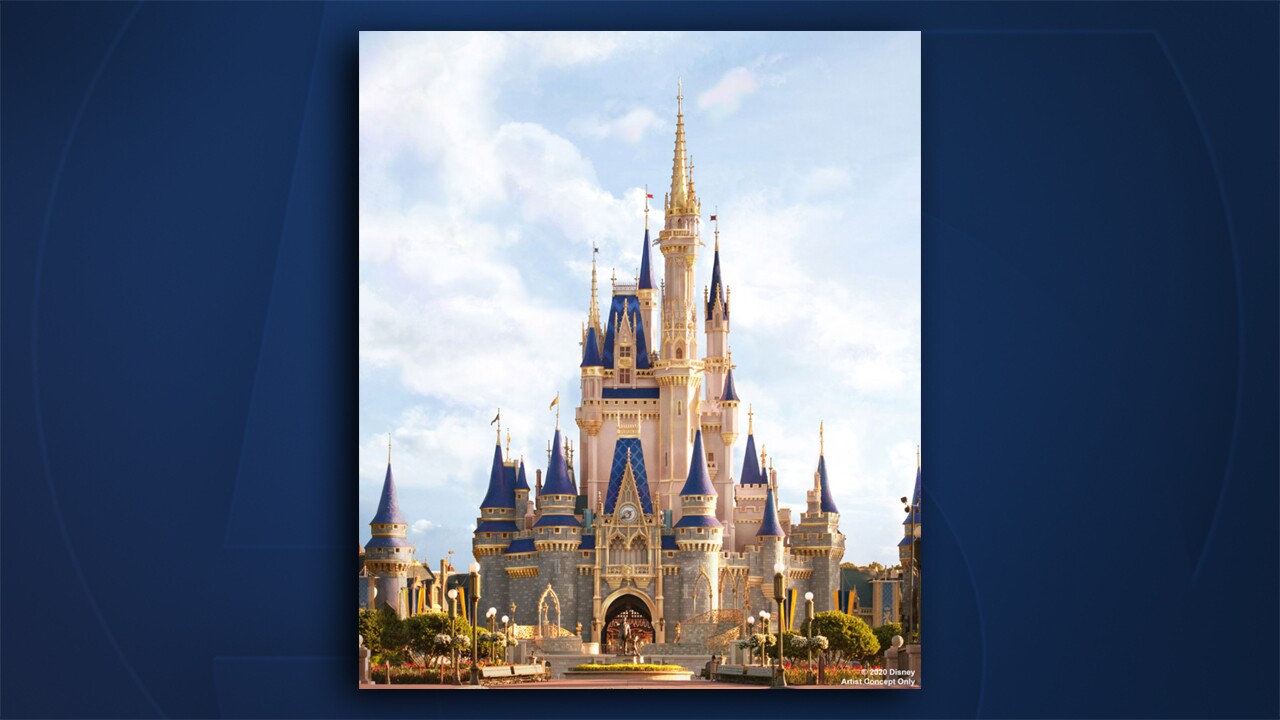 LAKE BUENA VISTA, Fla. — The iconic centerpiece at Walt Disney World's Magic Kingdom in Florida is getting a royal makeover!

Disney announced on Monday that Cinderella Castle is about to get some magical upgrades.

"Cinderella first transformed into a princess 70 years ago this week when the animated classic was released—and ever since, her courage and kindness have been inspiring guests and cast members alike," the company posted on the Disney Parks Blog. "We are excited to share that her story has inspired a bold, shimmering and royal makeover of her namesake castle at the heart of Walt Disney World Resort."

Disney released an artist's rendering of what the newly-enhanced Cinderella Castle will look like when the work is finished.

It appears the upgrades will involve repainting the castle, especially changing some of the towers to a lighter pink color. No other details about the makeover were released.

Disney said the work will start in the coming weeks and will continue through the summer.

The good news is that shows that take place at Cinderella Castle, like Mickey's Royal Friendship Faire and Happily Ever After, will not be affected, according to Disney.

Cinderella Castle at Magic Kingdom Park is about to get even more magical! 👑https://t.co/Du9M4mUsBn pic.twitter.com/JkgMsToOBU