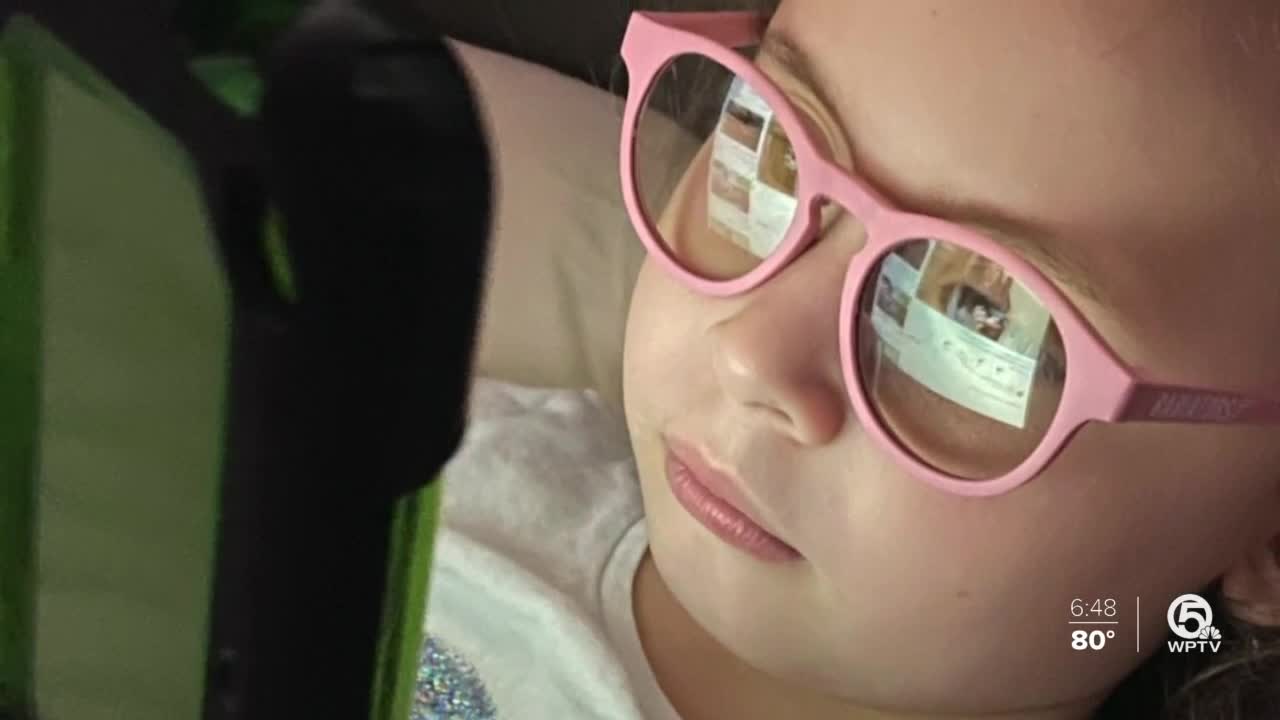 A Jupiter mother says she decided to buy blue-light glasses for her daughter, who was spending more and more time in front of a computer screen. But do they work?

WEST PALM BEACH, Fla. — "She would start to say that, like, her eyes were getting, like, a little blurry," Sarah Weinstein, a Jupiter mother, said.

Weinstein noticed her daughter was having a little trouble with long hours at screens during virtual learning. She also noticed it off the clock during non-school screen time. So she proactively bought a pair of blue-light blocking glasses for her 5-year-old.

"She currently has 20/20 vision, and now with everything going on, with so much virtual learning and kids are doing more screen time, we just, we didn't want her eyes to start going bad," she said.

Dr. Jasmine Nebhrajani, a pediatric emergency room physician at Palm Beach Children's Hospital, recommends the 20-20-20 rule. Every 20 minutes, have your child look away from the screen for 20 minutes at something 20 feet away. She also said there are warning signs.

"The big things to look out for are having dry and irritated eyes, eye fatigue and then disruptions in sleep patterns, which is what we're seeing a lot of in kids (who) are having prolonged screen time," she said.

Weinstein said she thinks the glasses are making a difference.

"She doesn't seem to be complaining anymore," she said.

Nebhrajani said there is not enough data to say they are effective.

"The American Academy of Pediatrics and Ophthalmology don't recommend blue-light glasses," she said. "There's not enough research behind it to say that it does work. Parents will say sometimes it does help, especially with sleeping."