Each US city has its own distinct pattern of flu spread 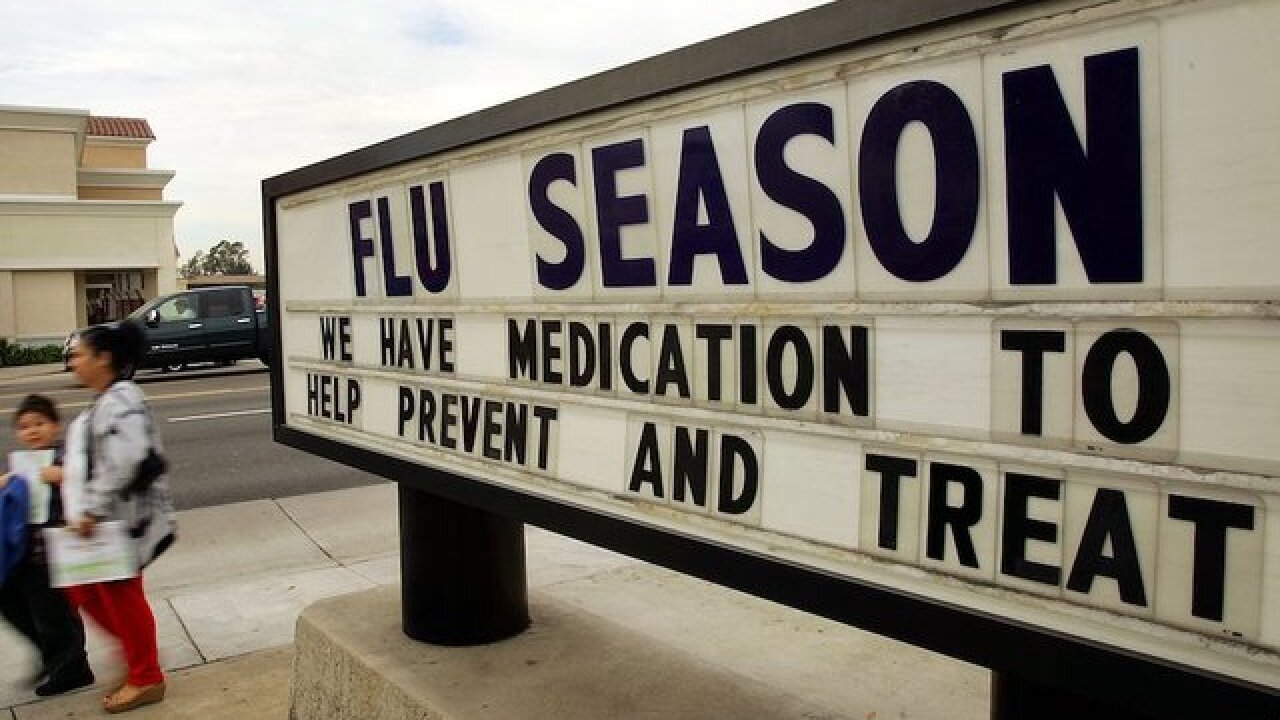 Individual U.S. cities show distinct patterns of flu transmission, with differences due to climate, population size and where people live and work, the study published Thursday in the journal Science indicates.

"In some cities, flu cases are consistently more evenly spread out throughout the season, and in other cities, more cases tend to occur within a smaller window of time," said Benjamin Dalziel, lead author of the study and a population biologist at Oregon State University. "Year after year, a city will show a similar pattern in cases."

Cecile Viboud, a co-author of the study and an epidemiologist at the Fogarty International Center at the U.S. National Institutes of Health, noted an important caveat to the research.

"This study does not show that some cities are safer than others for flu," she said. "Rather, it shows a relative difference in the timing of cases."

Intensity of seasonal flu by city

Dalziel, Viboud and their colleagues analyzed weekly flu data for 603 U.S. regions over six years, from 2002 through 2008. The research team also examined city block population information at both day and night during the study period.

"As cities get larger, more and more residential and workplace locations are focused within a few key spots within the city," Dalziel said. Also, the "pulse" of daily movement into central work locations during the day "becomes more pronounced" as cities become larger.

As a result of this movement, flu spreads differently in metropolitan regions where dense population pockets are connected by timed movements between home and jobs, the study showed. In these cities, flu occurred throughout the season, with cases seen both early and late, despite the weather being less optimal for spreading flu germs at those early and late times.

By comparison, flu cases seemed to occur during a shorter period of time in smaller cities.

For example, "Atlanta has a more intense season year after year," Dalziel said. In fact, the general tendency is for flu cases to be more tightly grouped toward the peak in the southeast United States, the study showed.

"You can predict with pretty good accuracy just from looking at flu patterns what the size and structure of that city was," Dalziel said.

So what explains these findings?

Dalziel said the answer requires a knowledge of flu basics. Typically, the number of people with the flu increases throughout the fall, peaks in the winter and then declines in the spring.

"In the winter, there's a key climate variable called 'specific humidity' that decreases," Dalziel explained. A drop in specific humidity occurs in any place experiencing winter temperatures, though the exact decrease will vary for each area.

In practical terms, a specific humidity decrease means that whenever someone sneezes out flu virus germs, those germs remain viable -- able to cause sickness in another person -- for a longer time. For all cities, then, winter is the season when flu germs spread widest.

However, in bigger cities where lots of people live and come together at work (or traveling to work), the virus can easily find new hosts even when climate conditions aren't as favorable -- during fall and spring, Dalziel said.

"In large cities with more highly organized movement patterns, climate conditions actually play a relatively smaller role in flu transmission," Dalziel said. He added that the study did not predict "what will happen with flu epidemics under climate change," since future effects on humidity are uncertain.

Dr. Sandra Ford, district health director and chief executive officer of the DeKalb County Board of Health in Georgia, said the study's novelty is that the researchers looked at the relationship of flu spread and population density.

"They looked at quite a few different cities of different sizes and different climates," said Ford, who did not participate in the research. "This type of research is really challenging, and I think they did a very good job."

One weakness of the study is its use of medical claims data. "Not everyone goes to the doctor when they have the flu," Ford said. "It may be that folks who are poorer may not have gone to the doctor and had their flu symptoms documented."

The bottom line: "Everyone is at risk for the flu," Ford said. With changing shifts in population and climate, everyone should be getting a flu shot, she said. The US Centers for Disease Control and Prevention recommends vaccination for everyone 6 months and older.

"It is appalling to me that people die every year from a preventable disease," Ford said. "And the number of pediatric deaths specifically that we saw last year is just heartbreaking." Most of the children who die from flu-related complications had not received a flu shot, according to the CDC, which recently estimated that 80,000 Americans, including 180 children, died of flu-related causes last season.

Viboud said the study results, combined with stronger surveillance data, might help individual cities understand how best to respond to the flu.

According to Dalziel, "It's not necessarily that urbanization will make epidemics more severe. In some cases, the structure of a city could make it more resilient to epidemics."