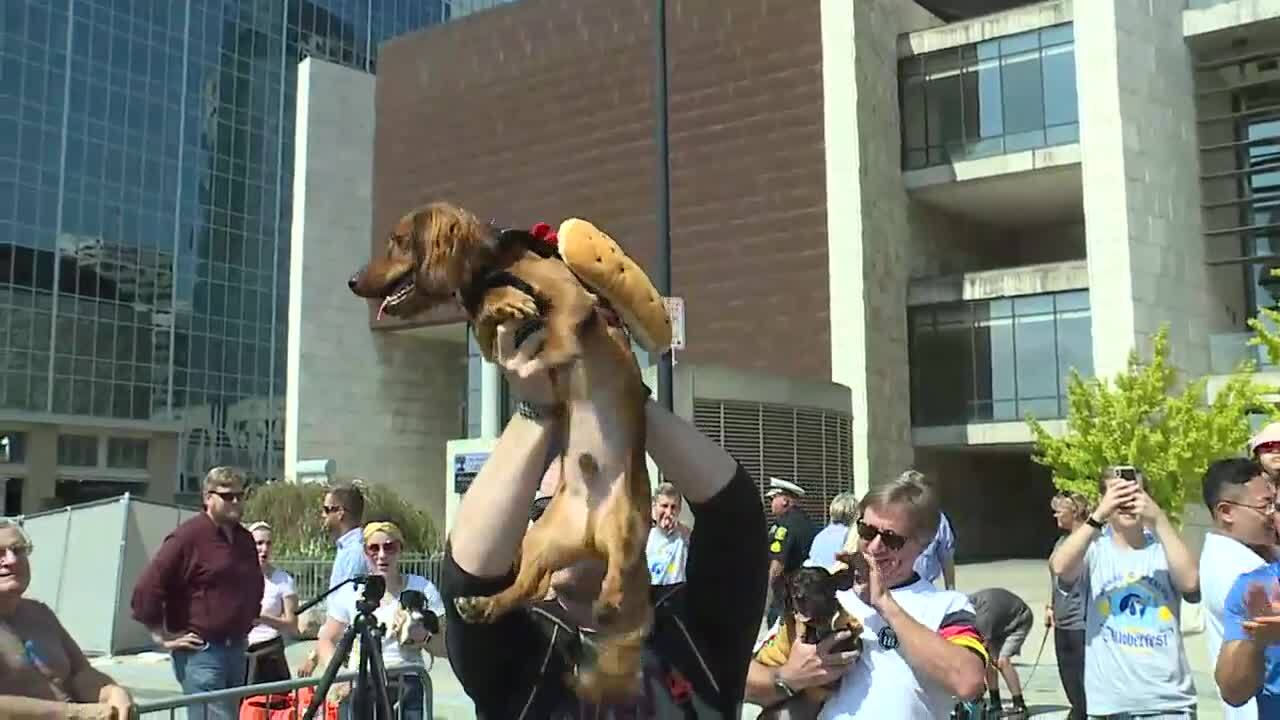 CINCINNATI — Cincinnati has a new a top dog.

Each year, the city of Cincinnati kicks off its annual Oktoberfest with the "Running of the Wieners" — a race to determine the fastest dachshund in the city.

In his first-ever Running of the Wieners, 1-year-old Maple and owner Jake Sander snagged first place.

Maple comes from a family full of wiener dogs. He’s one of five in the Sander family, and he’s the fastest of the bunch.

“He’s got a thing for running and chasing people who are running away from him,” Sander said.

Sander trained Maple by having him chase Sander’s brother, who is a cross country runner.

Asked if Maple would be back next year to defend the title, Sander said “absolutely.”

This story was originally published by Abby Anstead on WCPO in Cincinnati.