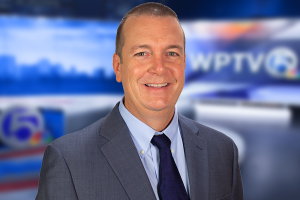 Born/Raised:
Johann was born in Fort Lauderdale and grew up in Hypoluxo, Florida.

Johann was born and raised in South Florida and over the years has been awarded many awards for his photography and videos with news networks. In 2009 Johann received the Good Samaritan Award from the Palm Beach County Sherriff''s Office for his help in locating lost boaters in Lake Okeechobee.

Johann has been part of the growing of local South Florida community, he has throughout the years experience the changes of the local market, landscape and culture. Johann has a very good knowledge of South Florida's development and improvements on the roadway system of the counties. Having been born and raised in South Florida, Johann truly knows it like a true native does.

Johann started surfing at the age of 4 and still enjoys the sport. His has a passion for the outdoors, motorcycles and mixing music. In his free time, you can find Johann enjoying a motorcycle ride, surfing, baseball, basketball, playing his guitar's, mixing music, fishing, and enjoy his family with his wife Angi. He enjoys everything that South Florida has to offer.