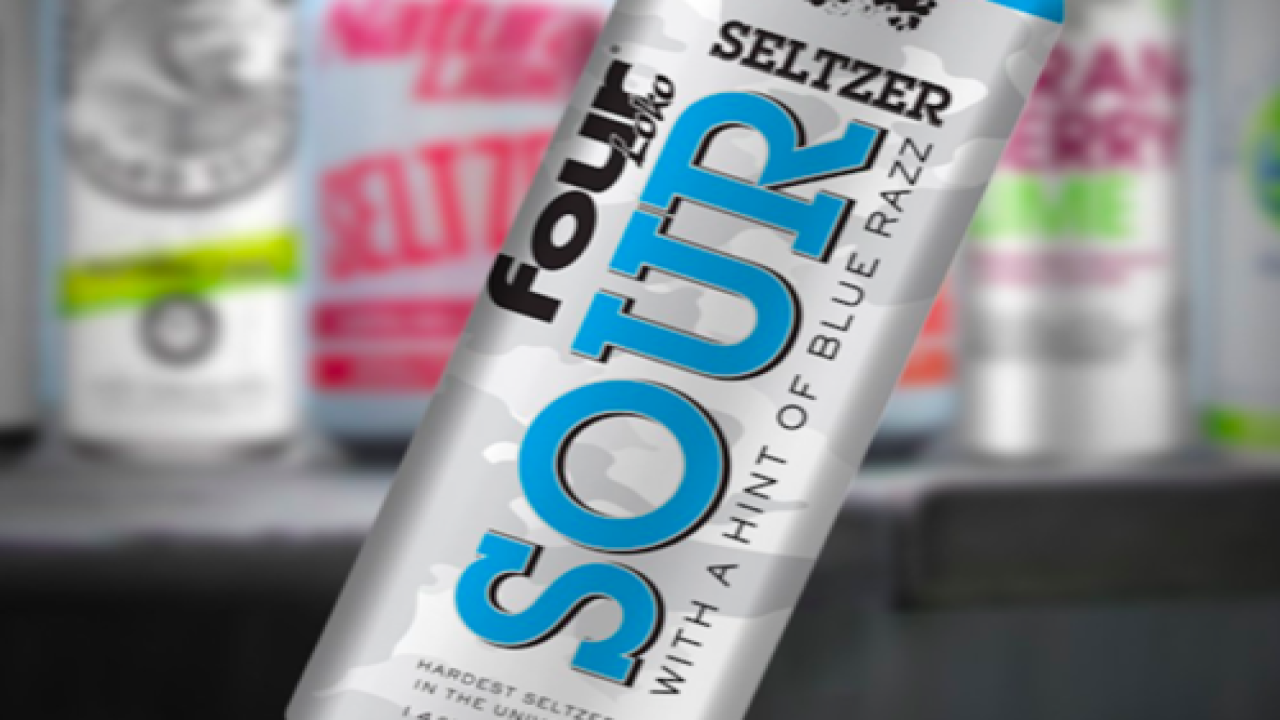 The hard seltzer craze just keeps rolling along, even as the steamy summer months come to a close. One of the latest brands to join the fizzy fray is Four Loko, and they’re raising the stakes — by a lot.

Earlier this week, Four Loko teased a new “hardest seltzer in the universe” (as its label states) with 14% alcohol by volume. That’s almost three times as much alcohol as White Claw, which rules the hard seltzer market with a 5% ABV.

The higher alcohol content is in line with Four Loko’s other products, which mostly hover in the 12-14% range. It’s a bit hard to imagine how that will work in a “seltzer,” though. Other brands tout their low sugar and carb content, and the lower alcohol seems to work with that, taste-wise.

On social media, Four Loko is advertising a “Sour” flavor for their first seltzer, “with a hint of blue razz.”

Hard Seltzers ran so we could fly pic.twitter.com/g5ilBIyhl4

The brand teased the new seltzers with a short series of tweets. And it’s putting other brands of hard seltzer on notice:

The citizens of Twitter have mixed feelings. User @WTPSports imagines barely choking it down:

Me after drinking one of the new four loko seltzers pic.twitter.com/o20s0NfNRp

@gabbymaiorano isn’t sure what to do with her feelings about the product:

Hit up @unBROlievable if you’re intimidated by the 14 percent ABV and want to split a seltzer:

let's all get crazy and split a four loko seltzer. hmu for details.

Conversely, @young_fitz sees the danger and embraces it:

that new Four Loko has the dark arts written all over it. Once u crack it open demons start pouring out of it, I’ll take a whole case

As word of the new Four Loko seltzer sows excitement and dread across the land, two other beverage makers are preparing alcoholic carbonated beverage launches of their own. PBR also recently announced their “Stronger Seltzer” product, which comes in a lime flavor with a hefty 8 percent ABV. It’s currently only available in California, Arizona, Montana and Texas.

Anheuser-Busch’s Natural Light — known to college kids nationwide as the fearsome “Natty Light” — is also introducing a seltzer in two flavors: cherry-lime and mango-peach. According to Forbes, the Natty strategy is to corner the hard-partying college “bro” market, which already has a strong taste for Natural Light beer. At 6 percent, the alcohol content is closer to White Claw’s, but the product is expected to sell at a lower (student-friendly) price point.

No word yet on when these products launch nationwide, but keep your eyes peeled. With a holiday weekend coming up fast, you may be soon able to find a hard seltzer for every palate — and alcohol tolerance level.