Why your teen should work this summer 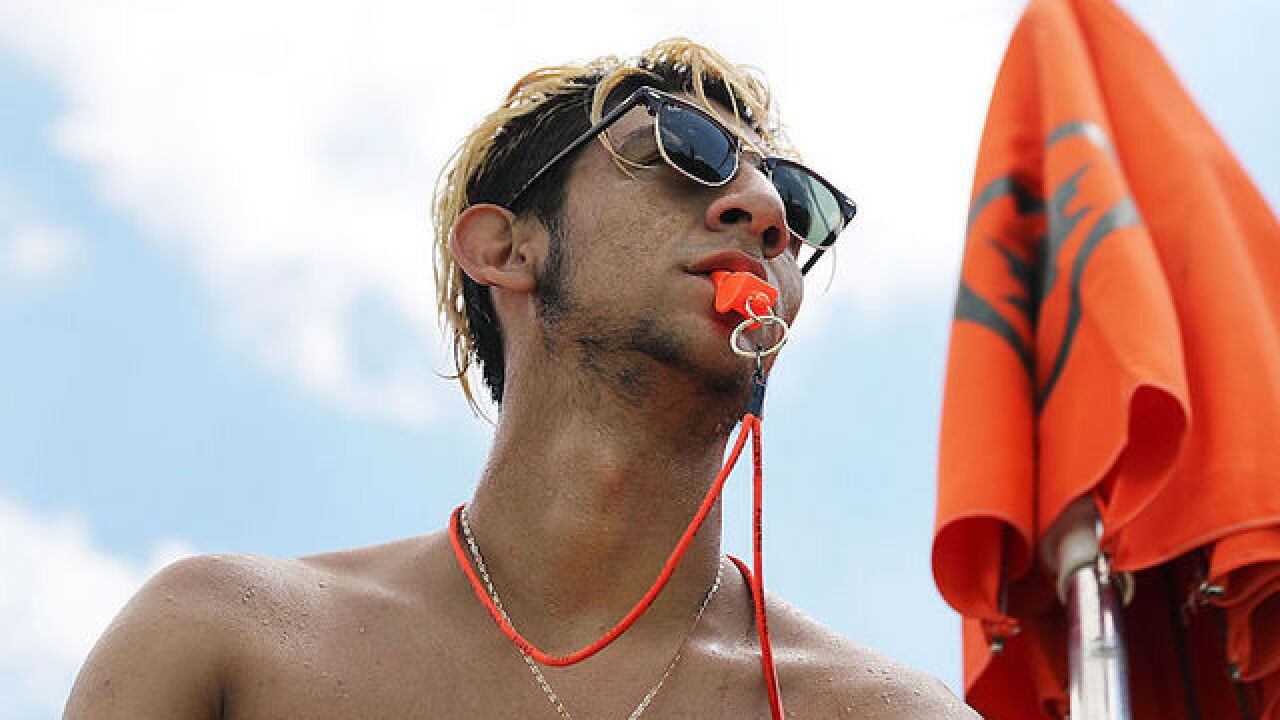 Copyright Getty Images
&lt;p&gt;NEW YORK, NY - JUNE 29: Lifeguard Esteban Ospina watches as people enjoy a hot afternoon at the Astoria Pool in the borough of Queens on the opening day of city pools on June 29, 2016 in New York City.The main pool at Astoria, the biggest in New York City and administered by the New York City Department of Parks and Recreation, sees over 3,000 people on a typical summer weekday. (Photo by Spencer Platt/Getty Images)&lt;/p&gt;

Summer jobs for teens are an endangered species worth saving.

These seasonal jobs offer more than a paycheck. Summer employment can:

“We don’t naturally know how to be good employees,” says Kathy Kristof, editor of SideHusl, a review site for part-time employment. “We learn, just like we learn the alphabet, with practice.”

A recent survey indicates many college graduates may be hitting the job market unprepared to meet employer expectations. While 89.4% of recent grads rated themselves as proficient in their work ethic and professionalism, only 42.5% of surveyed employers shared that view, according to the National Association of Colleges and Employers’ Job Outlook 2018.

“You have 22-year-olds who might have a stellar academic record but they’ve never held a job,” says Andrew Challenger, vice president of executive outplacement firm Challenger, Gray & Christmas. “They’ve missed out on some important life skills.”

Economists point to several reasons for the drop in summer employment:

Fewer jobs. Retail was once a reliable source of jobs for inexperienced workers, but many chains are shuttering brick-and-mortar stores or going out of business altogether as more shopping moves online.

More competition. Older workers may be shouldering aside the young. For example, the percentage of food-preparation jobs held by teenagers has been declining, while the percentage held by those 20 to 34 and 55 or over is growing. Immigration appears to be affecting teen employment, as well. Federal Reserve economist Christopher L. Smith found that an increased population of lower-skilled immigrants had a bigger negative impact on youth employment than on adult employment.

College concerns. Summer jobs can help high school and college students perform better in the classroom, according to recent research by Jacob Leos-Urbel, associate director of Stanford University’s John W. Gardner Center for Youth and Their Communities. But parents are often convinced that summer school, volunteer work or internships will be more impressive on college applications than paid work.

Selective schools might value an internship in a potential career field over a job at a burger joint, says Lynn O’Shaughnessy, author of “The College Solution: A Guide for Everyone Looking for the Right School at the Right Price.”

Most colleges, though, treat these various summer alternatives about equally when considering candidates, she says.

“It’s not really going to matter what you do, as long as you’re doing something besides just playing video games,” O’Shaughnessy says.

Where summer jobs can really help is in the job market after graduation. The jobs most teens work help them build “soft skills” that employers value and that lead to higher-paying careers, Challenger says.

Dealing with customers and coworkers helps them improve communication and problem-solving skills, for example, as well as staying calm under pressure. Dealing with a boss teaches the ability to accept and learn from criticism. Being responsible, meeting challenges and demonstrating good work habits can build self-confidence.

“You go to work, you work hard all day, you ask what you can do better, you go back and do it again, until it’s so ingrained in your psyche that you can’t imagine acting lackluster or disinterested,” Kristof says.

This summer’s job market is expected to be a good one, Challenger says, but teens are most likely to find positions in businesses that experience seasonal surges: movie theaters, amusement parks, hotels, construction and landscaping.

“Where there are labor shortages, there will be opportunities,” Challenger says.

This article was written by NerdWallet and was originally published by The Associated Press.