Wellington rapper says criticized event 'not about politics at all' 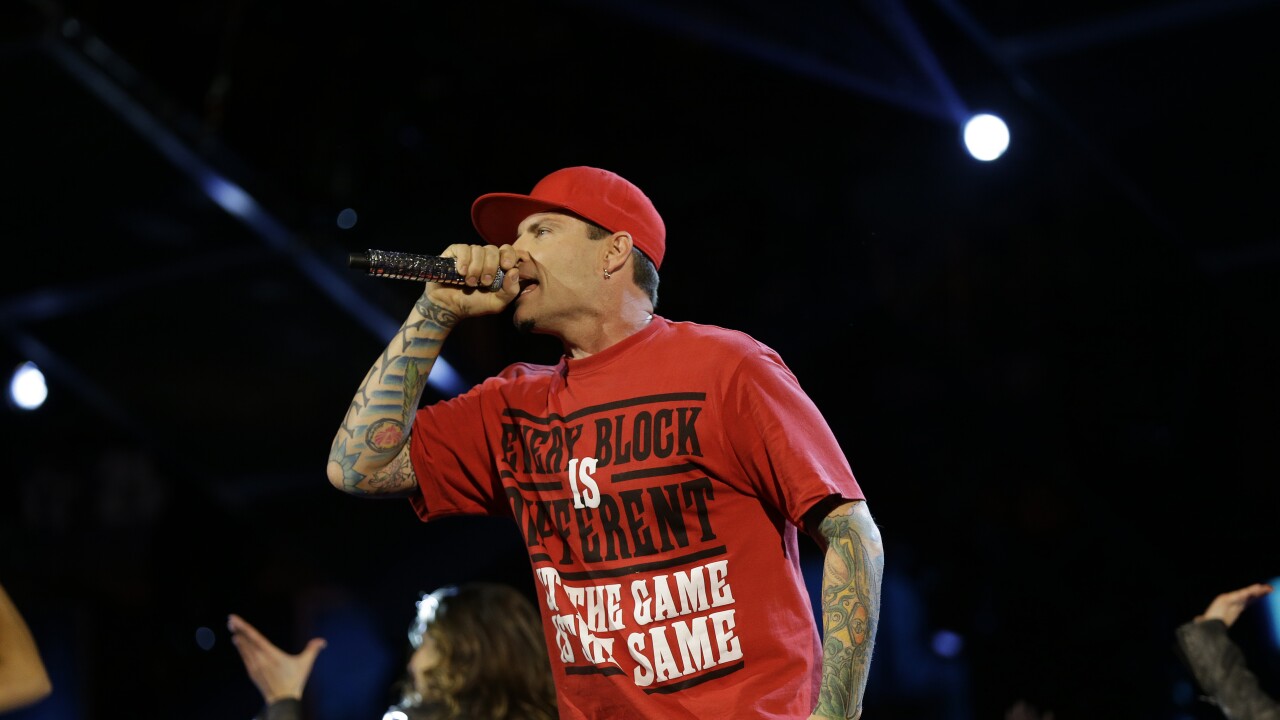 (Copyright 2021 The Associated Press. All rights reserved. This material may not be published, broadcast, rewritten or redistributed.)
Gerald Herbert/AP
Vanilla Ice performs during the skills competition at the NBA All-Star basketball game, Feb. 15, 2014, in New Orleans.

Donald Trump Jr. shared a public video on his Facebook page that showed the 53-year-old Wellington rapper performing his 1989 hit song "Ice Ice Baby" and a cover of Wild Cherry's "Play That Funky Music" on stage.

"Ok this is amazing," Trump Jr. wrote. "Vanilla Ice is playing the Mar-a-Lago New Years Eve party. As a child of the 90s you can't fathom how awesome that is. Beyond that I got the birthday shoutout so that's pretty amazing."

The video shows Trump Jr. and a mostly maskless crowd crammed together near the stage.

Hardy said the New Year's Eve bash "has the potential to be a super-spreader event."

Van Winkle was widely criticized on social media for taking part in the festivities, but he defended his appearance in a statement, calling it "awesome."

"We danced. We celebrated. We had a great time," he said. "It was a very classy event at a beautiful Palm Beach landmark."

He also said everyone in attendance had been cleared after taking COVID-19 tests prior to the event.

"I think everyone just wants to get out and dance and have fun," he said. "We've all been marinating, trapped in our houses. It's not about politics at all. This is about dancing and enjoying New Year's."

The president and first lady Melania Trump were not in attendance. Although they were initially believed to be staying in Palm Beach through the new year, they decided to return to Washington earlier Thursday.