The 50th anniversary of the moon landing is here. Watch these Apollo 11 TV specials to celebrate 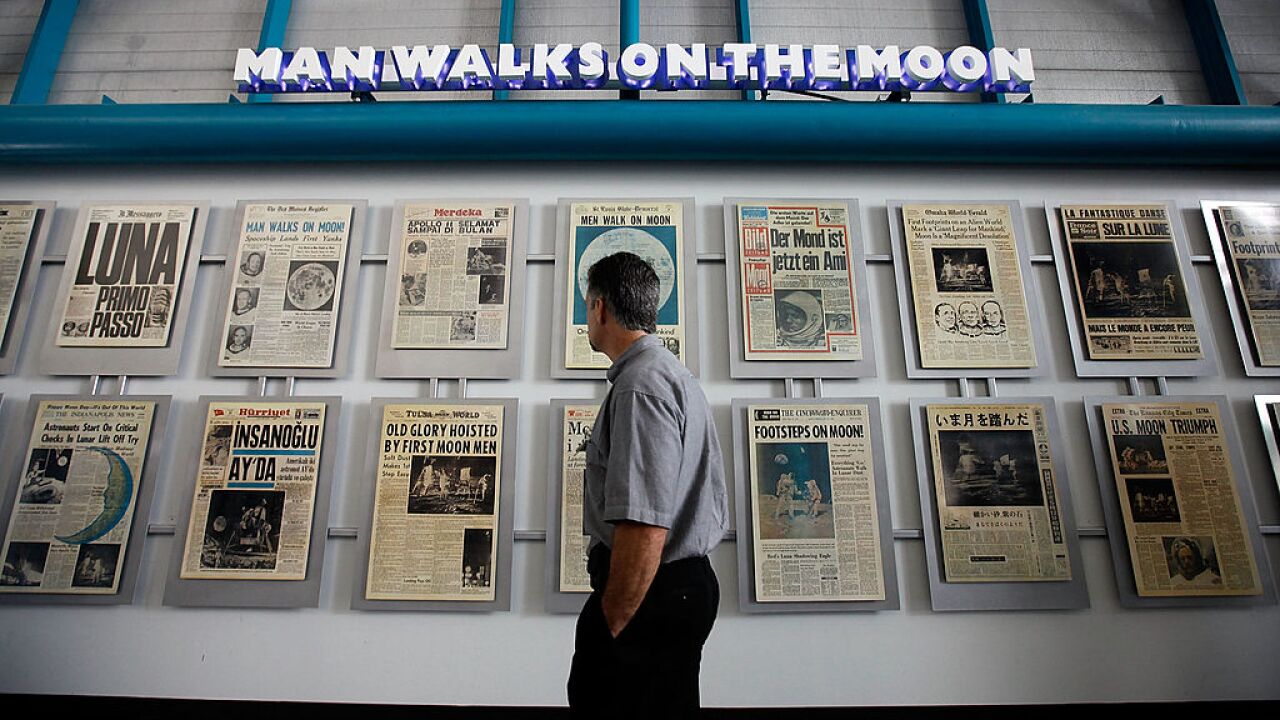 The 50th anniversary of Apollo 11 is right around the corner and people are over the moon.

July 20 marks 50 years since Apollo 11 astronauts reached the moon, and a slate of television specials are coming up that will delight space nerds and space novices alike.

Here's a roundup of what to watch:

What: "American Experience: Chasing the Moon"
Where to watch: Watch live or stream on PBS and pbs.org
When: Now airing (check local listings) and available online
What will make "Chasing the Moon" a must-see is its use of previously overlooked and lost archival material. The film by Roger Stone "reimagines the race to the moon for a new generation, upending much of the conventional mythology surrounding the effort," according to PBS.

What: "8 Days: To the Moon and Back"
Where to watch: Watch live or stream on PBS and pbs.org
When: 8 p.m. EST, July 17
The film is a blend of mission audio featuring conversations among Neil Armstrong, Buzz Aldrin and Michael Collins with new footage, NASA archive and stunning CGI to recreate the first moon landing.

What: "NASA’s Giant Leaps: Past and Future"
Where to watch: Watch live on NASA TV, Discovery Science Channel or stream on NASA Live .
When: 1 p.m. EST, July 19
Hosted from NASA's Kennedy Space Center, the show will salute the heroes of Apollo and discuss the agency’s future plans.

What: “Apollo: The Forgotten Films"
Where to watch: Discovery and Science Channel
When: 8 p.m. EST, July 20 on Discovery and 7 p.m. EST, July 21 on Science Channel
The two-hour television special will tell the complete story of with "footage not seen anywhere else," according to Discovery. The archives reveal the incredible lengths an army of engineers, scientists and astronauts went to to achieve the moon landing.

What: "Apollo 11"
Where to watch: CNN
When: 9 p.m. EST and 11 p.m. EST, July 20
This cinematic space documentary features rare and never-before-seen 70mm footage of Apollo 11 and the moon landing.

What: "Moon Landing Live"
Where to watch: BBC America
When: 8 p.m. EST, July 20
Using news archives from around the world as well as NASA footage, this documentary re-tells Apollo 11's journey to the moon landing.

What: "Confessions from Space"
Where to watch: Discovery
When: 10 p.m. EST, July 20 and 3 a.m. EST, July 21
The 115th annual Explorers Club Dinner will host 10 Apollo astronauts who will speak candidly and offer new insights on the moon landing and the future of space travel.

What: "Moon Landing: The Lost Tapes"
Where to watch: History Channel
When: 10 p.m. EST, July 14
For the first time on television, this documentary utilizes “lost tapes” of the astronauts, recorded before and after the mission, along with rare film and photos.

What: "The Day We Walked on the Moon"
Where to watch: Smithsonian Channel or special screenings at 70 Smithsonian Institution-affiliated museums
When: Various days and times. Listings and other viewing options can be found here .
Witness the moon landing through remastered footage and interviews that takes you behind-the-scenes and inside the spacecraft, mission control and the homes of the astronaut's families.