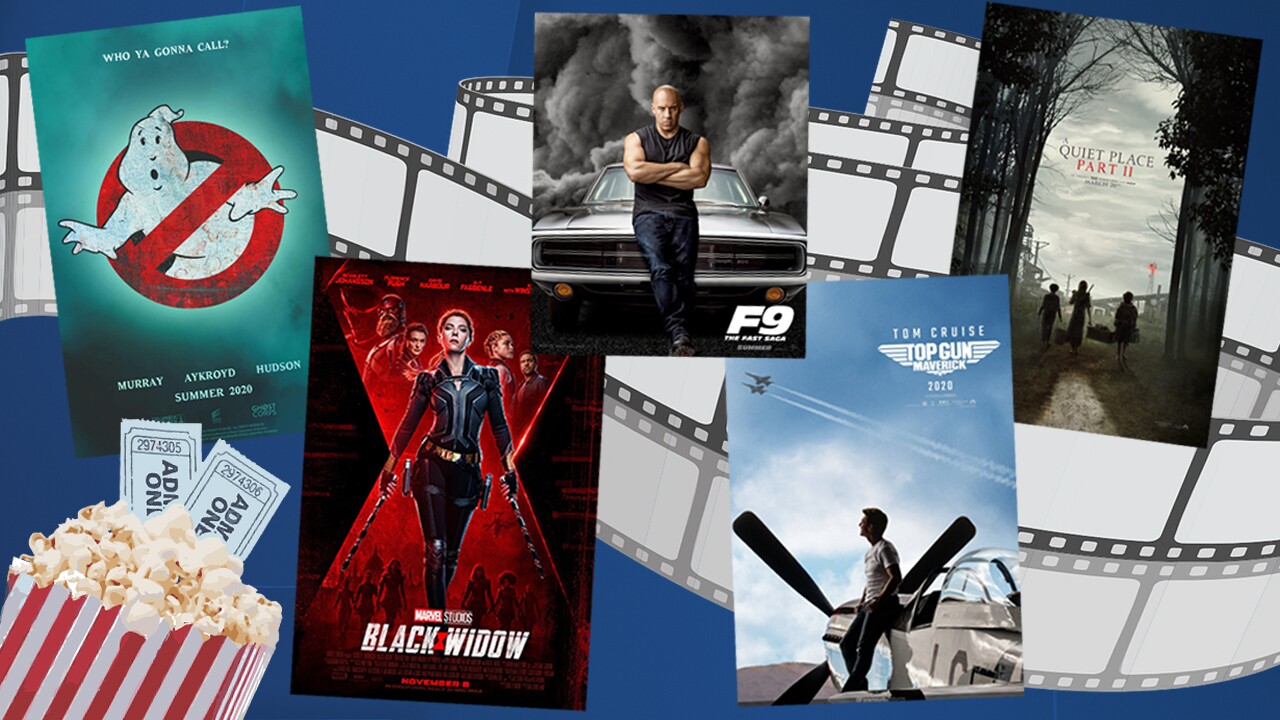 The coronavirus pandemic has not only claimed thousands of lives, brought sports to a standstill and crippled the economy, but it's also shuttered movie theaters across the country, forcing major studios to alter the release dates of several big-budget, highly anticipated films.

Here's a look at the ripple effect the shuffling of release dates has caused and when moviegoers can eventually expect to see their favorite films on the silver screen.

The sequel to John Krasinski's 2018 quiet (get it?) horror hit had its world premiere in New York City and was slated for a March 20 nationwide release before Paramount Pictures pulled the plug at the onset of the pandemic.

Disney's live-action version of the 1998 animated movie moves from March to late July. Straying from the model of previous Disney live-action remakes, "Mulan" won't have any musical interludes and is the first such film to garner the PG-13 rating, although fans will have to wait a few more months to see it.

The 25th official James Bond film and last to star Daniel Craig as 007 has had no time to find an audience. Technically, "No Time to Die" was slated for a November 2019 release, but it was pushed to February after director Cari Joji Fukunaga took over for Danny Boyle, before finally settling on April 10. Thanks to the coronavirus, Britain's best-known spy now appears to have found a home on Thanksgiving weekend.

Fans eagerly awaiting the return of Gal Gadot as DC Comics heroine Wonder Woman won't have too much of a wait. "Wonder Woman 1984" shifts from June to August.

Lionsgsate temporarily shelved and then postponed this Chris Rock-conceived story set in the same canon of the long-running "Saw" franchise. "Spiral" is now set to open a week later.

Universal Pictures was quick to put the brakes on a summer release for the ninth installment in the "Fast & Furious" franchise, opting to park it in the spot previously reserved for the 10th and final film in the series.

A remake of the 1992 horror film of the same name, "Candyman" was moved from June to late September, which could find a home with the Halloween audience.

Tom Cruise is back for another go-round as the brash Navy pilot nicknamed "Maverick" in the sequel to 1986's "Top Gun," but he'll be six months overdue.

The follow-up to 2015's "Minions" was slated for an Independence Day weekend release. Instead, it's been postponed 364 days.

"Who ya gonna call?" Place all grievances with Sony Pictures, which shuffled the Jason Reitman-helmed resurrection of the "Ghostbusters" franchise from July to March 2021.

Directed by Christopher Nolan, the time-twisting thriller remains on tap for a July 17 opening.

Based on the popular Disney ride, "Jungle Cruise" takes Dwayne "The Rock" Johnson and Emily Blunt on an expedition in search of a magical tree. But that journey will have to wait more than a year now that "Mulan" took its spot in the Disney movie lineup.

This "Spider-Man" spin-off starring Jared Leto didn't just get booted from its summertime spot. It's been moved completely off the 2020 calendar.

The British carrot thief voiced by James Cordon was supposed to hop back to theaters this summer. Instead, the sequel to the 2018 children's tale has been bumped to 2021.

Bill S. Preston, Esq. (Alex Winter) and Ted "Theodore" Logan (Keanu Reeves) are back after a 29-year hiatus, sans Rufus (George Carlin, who played the character in the first two "Bill & Ted" movies, died in 2008 -- bogus), and so far remain destined to return to the big screen in August. Excellent!

The long-awaited prequel to "The Sopranos" has been postponed until 2021, giving people plenty of time to finish bingeing on the popular HBO show starring the late James Gandolfini, whose son, Michael Gandolfi, portrays a young Tony Soprano in the movie.

Of course, the pandemic has had a domino effect on all of Hollywood that will be felt for years to come. The shuffling of movies has also delayed or postponed production on several upcoming projects, including "The Batman," "Jurassic World: Dominion" and the fifth installment of the "Indiana Jones" saga, which is now scheduled for a summer 2022 release. Harrison Ford will be 80 by then. Yikes!