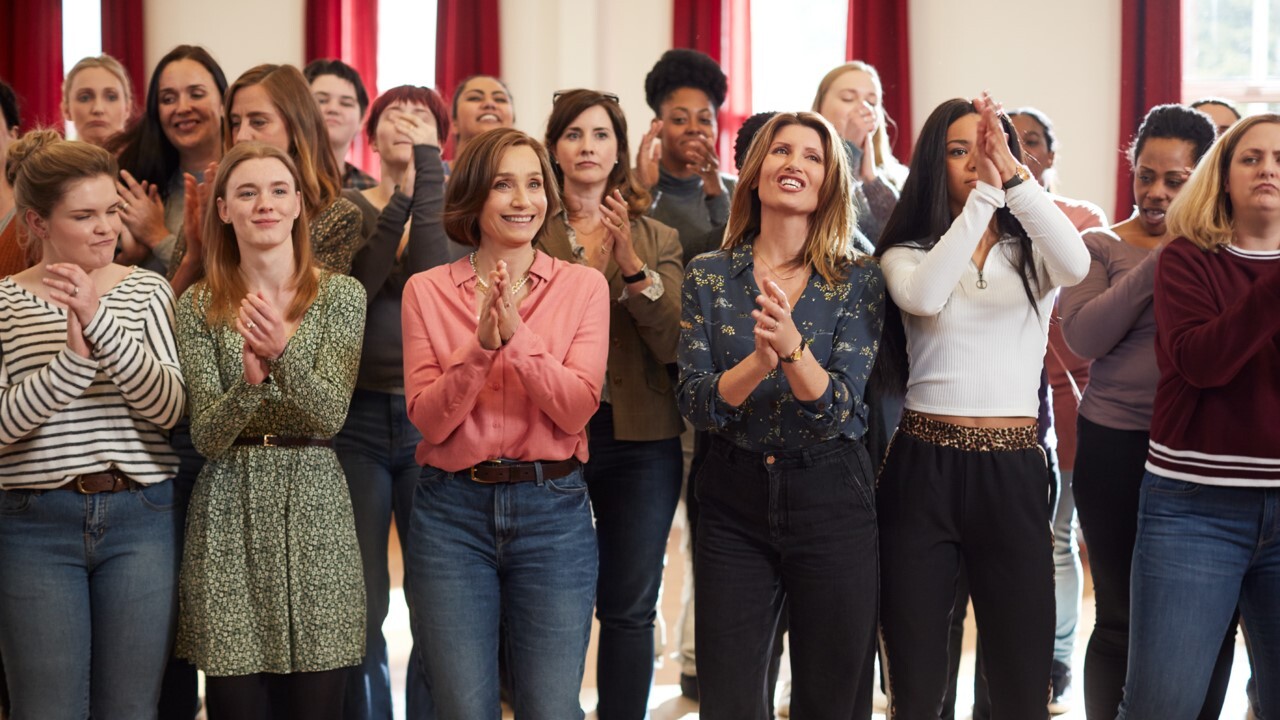 Movies that focus on the lives of spouses after their loved ones have gone off to war are few and far between and, unfortunately, often descend into maudlin soap opera territory.

The new British film "Military Wives" is a refreshing change and was inspired by real events that led to the creation of choirs at military bases around the world.

Kristin Scott Thomas ("The English Patient") stars as Kate, the very stiff-upper-lip wife of an Army commander played by Greg Wise (Lord Mountbatten in "The Crown"). As her husband ships off for yet another six-month deployment to Afghanistan, she is still dealing -- or, rather, not dealing -- with the death of their son in that war.

Thomas is no stranger to the challenges of military life: both her father and stepfather were Royal Navy pilots who died in airplane crashes. She plays the character with the right amount of "stay calm and carry on" attitude, as well as an undercurrent of vulnerability that you know will eventually bubble to the surface.

Kate is a big control freak who immediately injects herself into the organization of on-base social events for the wives of the enlisted troops. She steps on the toes of these women -- led by Sharon Horgan ("Game Night") -- who are more interested in holding informal gatherings featuring alcohol rather than structured events.

The pushback begins early, resulting in a gigantic battle of wills. Horgan's character must not only contend with the commander's wife, but also with a rebellious teenage daughter (India Ria Amarteifio) who is pushing mom to the limit.

The script by screenwriters Rachel Tunnard ("Adult Life Skills") and Roseanne Flynn ("The Labyrinth") progresses at a steady pace, introducing more characters from very different backgrounds. Despite a constant stream of conflicts, they somehow bond and form unexpected friendships as they form a plan to perform popular songs as part of pop choir.

It's with the introduction of the songs that include Human League's "Don't You Want Me," Cyndi Lauper's "Time After Time" and "Shout" from Tears For Fears that the movie really begins to take off. The arrangements put a new spin on these catchy tunes and they are incredibly infectious.

"Military Wives" is ably directed by Peter Cattaneo, who back in 1997 made "The Full Monty," an unexpected worldwide hit about six unemployed British men who band together to put on a male-stripper show. That movie featured a number of big moments and this film is no different. The last 20 minutes is a head-spinning, emotional roller coaster that concludes with a highly-satisfying, uplifting ending.

Some of the dialogue is a little hard to understand, particularly when delivered by actors with more pronounced accents, but that's just a minor criticism.

One note: Make sure you stick around for the end credits to find out more about the impact that this choir had on the military.

"Military Wives" winds up being an entertaining, inspiring and feel-good movie that's worth checking out.