Live-action 'Mulan' worth wait with move to Disney Plus 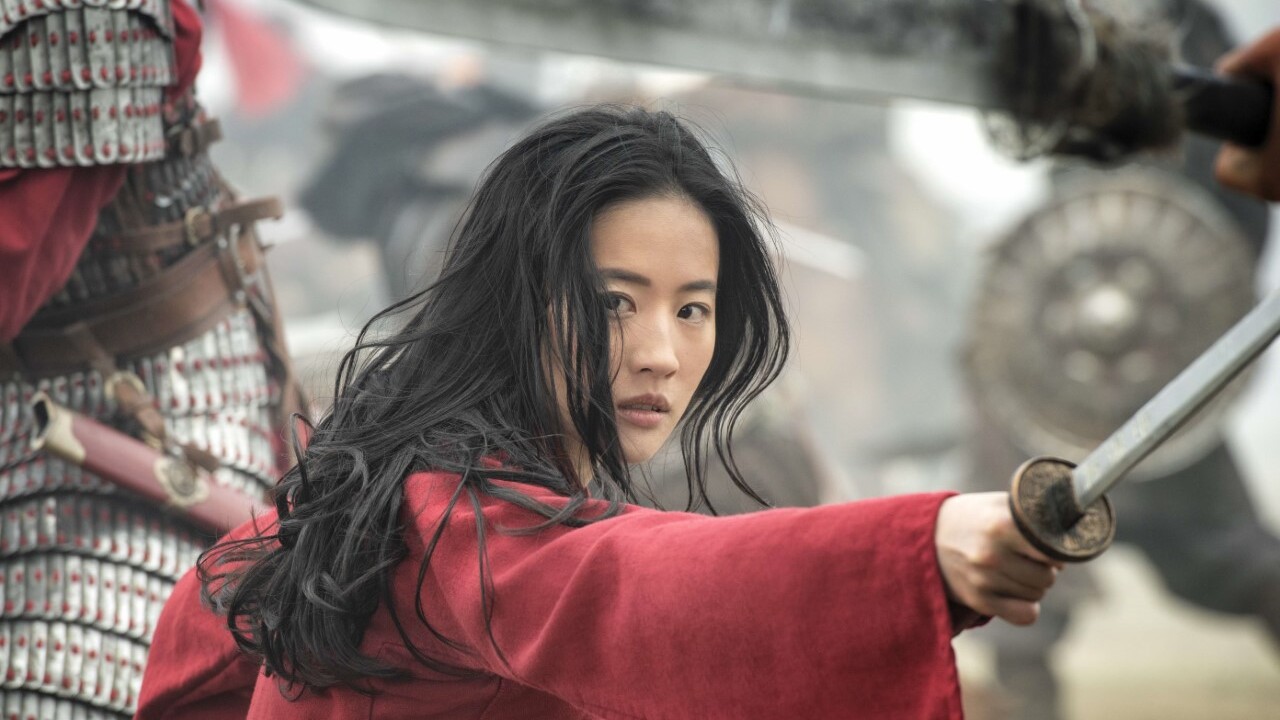 Jason Boland/Disney Enterprises
Yifel Liu as the titular character in a scene from Disney's "Mulan."

Back in 1998, Disney enjoyed a big hit with an animated feature based on an old Chinese poem written in the Fifth or Sixth Century. "Mulan" featured a strong female lead character, lots of action and an excellent story. Audiences responded to the plot, which revolved around a young Asian woman who disguises herself as a man in order to take the place of her aging father after the Emperor puts out the call for soldiers to join his army.

Now, "Mulan" joins other Disney films like "Cinderella," "The Jungle Book," "Aladdin" and "Beauty and the Beast" that have made the transition from animated to live action. And the result is top notch.

The impressive international cast features Chinese actress Yifei Liu ("The Forbidden Kingdom") as the title character. Liu manages to convey both the toughness of a character blessed with physical agility, with the vulnerability of a young woman hiding her true identify in a camp surrounded by male comrades.

Other cast members include the wonderful veteran actor Tzi Ma ("The Farewell," "24" and many other projects) as Mulan's tough, stubborn and decent father. Jet Li ("Lethal Weapon 4" and "The Expendable" movies) looks much older as the powerful Emperor, while the very likeable Yoson An ("The Meg") portrays Honghui, a fellow solider who develops a bond with Mulan.

Most Disney films feature memorable villains, and this film is no exception. Jason Scott Lee ("Soldier" and "Dragon: The Bruce Lee Story") leads the uprising against the Emperor, aided by the wonderful Gong Li ("Memoirs of a Geisha" and "Raise the Red Lantern").

Li is an absolute standout, playing a woman with magical powers who manages to be both fearsome and threatening, while still being somewhat sympathetic.

The script for this new, re-imagined version of "Mulan" was a team effort. Originally submitted by Lauren Hynek and Elizabeth Martin, it was further worked on by husband-and-wife writers Rick Jaffa and Amanda Silver, whose previous credits include "Jurassic World" and three of the "Planet of the Apes" movies.

"Mulan" was directed by Niki Caro, who made a name for herself with such acclaimed films as "Whale Rider," "North Country" and "The Zookeeper." She has succeeded in making this movie feel like an epic, utilizing beautiful locations in both her native New Zealand, as well as locales across China. There are many wonderful, sweeping camera shots, as well as intense battle scenes -- some of which are surprisingly violent for a Disney film.

Some of the movie's more elaborate, acrobatic stunts are reminiscent of the incredible wire-work achieved in the 2000 film "Crouching Tiger, Hidden Tiger" but don't go too-over-the top, as was the case with that film.

The first two-thirds of "Mulan" are very intense and will easily keep the audience's attention. The last part of the film, while still entertaining, feels a bit more predictable.

It's all wrapped up with the door very wide open for a sequel. And that's not a bad thing.

"Mulan" features a great cast and an entertaining story that could easily go on to more adventures.