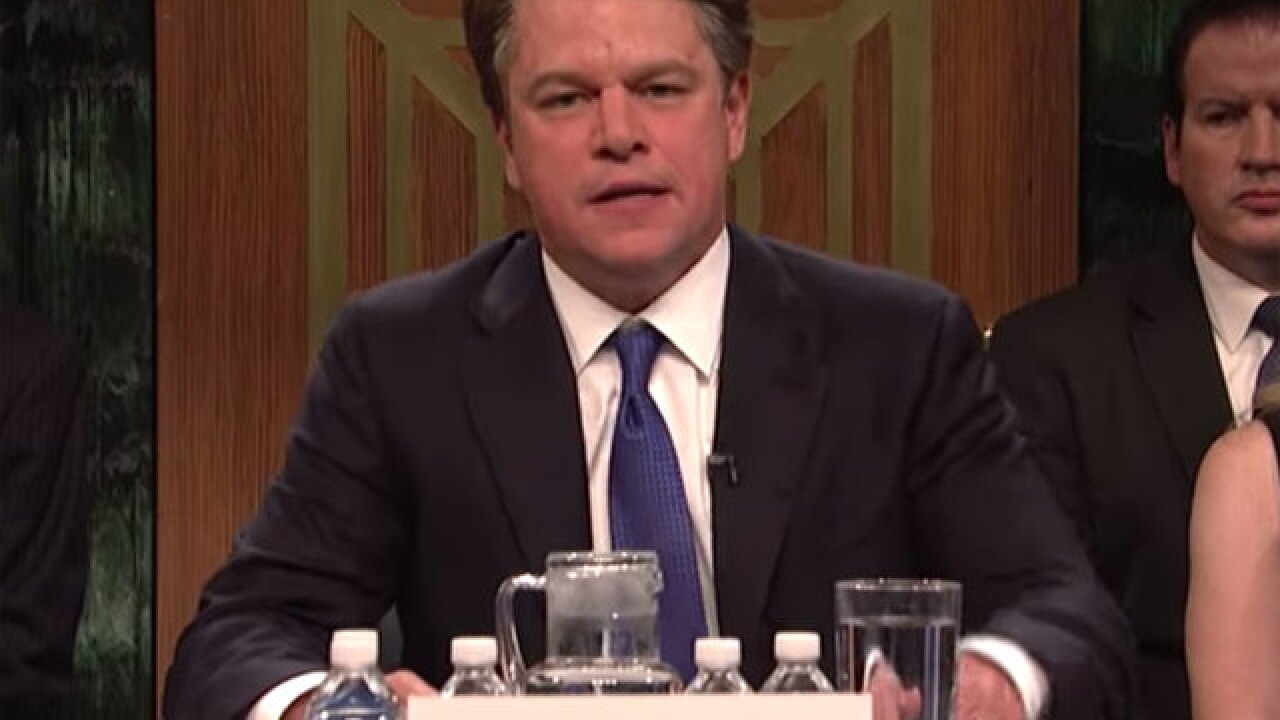 "Saturday Night Live" kicked off its 44th season this weekend, and the sketch comedy show brought in a big name to portray judge Brett Kavanaugh and Thursday's heated Senate hearing.

Hollywood actor Matt Damon parodied a boisterous version of the judge, which contained multiple references of beer and included saying he is "usually an optimist, a keg is half-full kind of guy."

Damon, who sniffed and snorted for much of the 13-minute comedy segment, referenced Kavanaugh's 1982 calendar, which the judge contends vindicates him from the accused assault against Christine Blasey Ford.

Bryant said while playing Mitchell, "I'm here mostly for Twitter" and referenced she had "4,000 loose papers on a little baby desk."

Watch the full "SNL" sketch below: