Attorney: Charges dropped against Stormy Daniels after arrest in Ohio 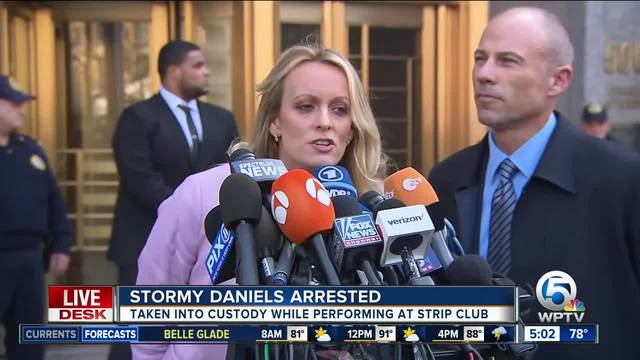 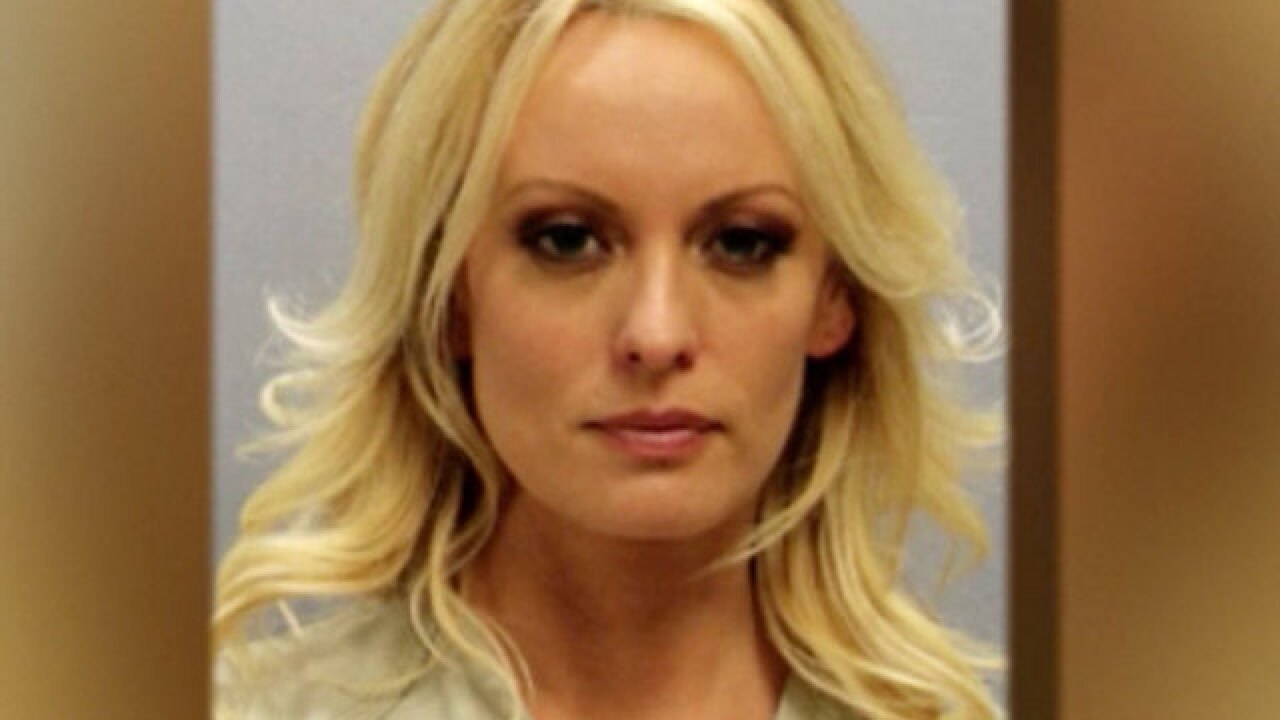 Michael Avenatti represents Daniels, whose real name is Stephanie Clifford. He said Thursday afternoon in a tweet he was pleased prosecutors dropped the charges and thanked them for their professionalism.

A prosecutor's memo provided by Avenatti says an Ohio illegal touching law can't be enforced because Daniels has only appeared once at the Columbus club.

I am pleased to report that the charges against my client @stormydaniels have been dismissed in their entirety (below motion was just granted). I want to thank Joe Gibson & his colleagues at the prosecutors ofc for their professionalism starting with our first call early this am. pic.twitter.com/xHPSWsyqM2

The law refers to someone "who regularly appears nude or seminude" at a club.

While Daniels was performing Wednesday night at Sirens, a strip club in Columbus, some patrons touched her in a "non-sexual" way, her lawyer, Michael Avenatti, told The Associated Press.

He told MSNBC later Thursday that police had prepared a sting operation with multiple officers. He said female undercover officers asked Daniels if they could place their face between her breasts.

"It was an absurd use of law enforcement resources," Avenatti said.

Messages left for the city attorney's spokeswoman for a response to Avenatti's allegations weren't immediately returned. City attorney spokeswoman Meredith Tucker said in a statement earlier Thursday that they are aware of the charges against Daniels. She says they are "in conversations with the defense counsel" and working to gather "all necessary information," but can't comment further because of the pending litigation.

Police said two other women were arrested along with Daniels.

Charging documents say Daniels, whose real name is Stephanie Clifford, was arrested for touching a patron at a "sexually oriented" business in violation of the law commonly known as the Community Defense Act.

Columbus police said Thursday that Daniels' arrest was part of a long-term human trafficking investigation of illegal activity at city adult clubs. They say they've made numerous arrests under the law regarding illegal sexually oriented activity in a sexually oriented business, but did not immediately provide a number.

According to charging documents, Daniels, who was semi-nude, allegedly touched some of the patrons' breasts and allowed them to touch her. She allegedly performed the same act with several officers who approached the stage and forced one officer's head into her bare chest.

Avenatti said that a not guilty plea to all counts would be entered on his client's behalf Thursday, so she wouldn't have to make a court appearance Friday. He said Daniels planned to leave the state Thursday.

Avenatti posted on Twitter a statement by Daniels that said she apologized to her fans in Columbus, but she would not perform her previously scheduled Thursday night show.

A person who answered the phone at the strip club declined to comment.

Daniels has said she had sex with President Donald Trump in 2006, when he was married, which Trump has denied. She's suing Trump and his former longtime personal attorney, Michael Cohen, and seeking to invalidate a nondisclosure agreement she signed days before the 2016 presidential election.