Musicians toured together on Monsters of Rock Tour 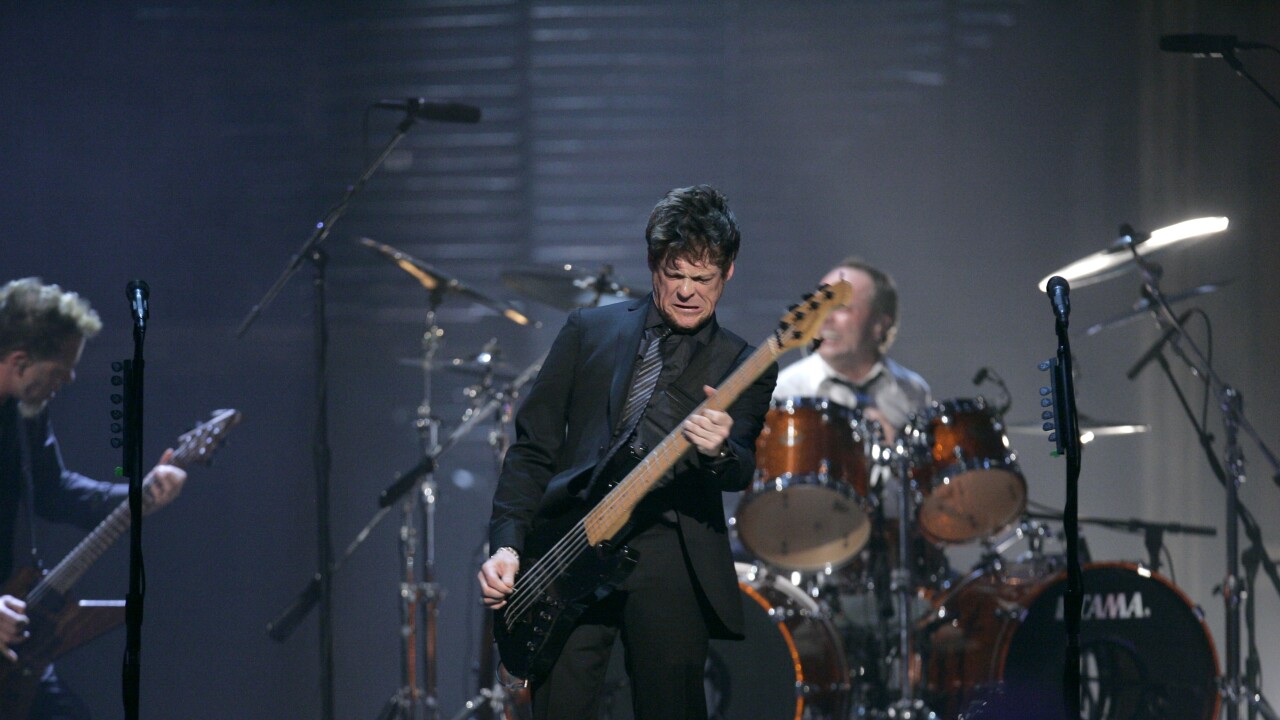 (Copyright 2021 The Associated Press. All rights reserved. This material may not be published, broadcast, rewritten or redistributed.)
Tony Dejak/AP
Jason Newsted of Metallica performs after being inducted into the Rock & Roll Hall of Fame, Saturday, April 4, 2009, in Cleveland.

WEST PALM BEACH, Fla. — Jason Newsted has spent the last few days reflecting on his friend, a man he describes as an innovative genius and masterful musician: Eddie Van Halen.

Van Halen passed away at the age of 65 after a long battle with cancer.

Newsted, former bassist for Metallica, first met Van Halen on the Monsters of Rock Tour. Metallica was playing second on the bill.

"The sound they brought that was so appealing to so many people right at the right time, 1978, hit just a vein," Newstead said. "Disco was kind of dying. He came up with this wizardry. So many people were looking at his technicality. Players, especially as we're starting to learn, we looked to guys who could be more tricky like that. So he was something we had never witnessed -- anybody witnessed -- before."

The first poster you would see when you walked in 22-year-old Newsted's apartment was of Van Halen. Newsted had just joined up with Metallica and the band was hitting its stride when the two lives intersected.

"He influenced so many peoples' life and changed the way that we turned out," Newsted explained. "Their band, but especially him, literally changed. I mean, I could say dozens of people that I know personally. But probably across the world, millions of players and people that he showed what would be done if you go a little bit father with things."

Newsted was 14 years old when he first heard Van Halen's music. He was with a church group, as both of his parents chaperoned a trip from Michigan to Chicago. Newsted had recently gotten his first bass guitar. He sneaked away from the church where they were staying, alone from the group and into the city. In Laurie's Records, Van Halen's first album poured through the speakers and washed over Newsted. That day, Newsted took his life savings of $14 and purchased a Rush album and that Van Halen album he'd heard for the first time. Newsted can remember the way the cover looked next to the sign that read "Now Playing."

"Listening to this eruption was on the speakers when I walked in the room and saw the guy," Newsted said, imitating the noises of the guitar's sound. "And just, bam! Like that. Blew my head off."

Back at the church, Newsted said, he went into the basement and broke into a closet to pull out a turntable, then played basketball while he listened to Van Halen's album for hours.

"And I felt victorious. And I was so lit up," he said. "I didn't know really what to do with myself."

Newsted decorated his guitar with tape to match Van Halen's instrument and played whatever he could manage to emulate of the musician's work at the time.

Years later, at age 25, Newsted would be on tour with Van Halen.

"Metallica was just hitting its stride of cult status thing, where each time we went back to that town, we played to twice as many people and now it'd reached 6,000 people," he said. "We were playing by ourselves in hockey arenas and stuff. And we got on this chance to do a real big thing."

The groups toured with a festival that would play on weekends and travel to different cities.

"Hanging out with Eddie and getting to be personal with him, have a drink with him, ask to look at the end of his fingers and compare the calluses on each others' fingers, I'm just covered with bumps right now even thinking about it," Newsted said. "Where that elevated me to in my confidence, that he called me by my name. Because it was the wizard -- the wizard. The greatest of all time."

Newsted said Van Halen did everything to the fullest, including living a fast and hard lifestyle.

Van Halen poured his soul into the strenuous mental and physical effort it took to be a musician and performer of his caliber.

"He went to the Nth when he was just hanging out," Newsted said. "So when it was time to get in the lights and wear great clothes and jump around, holy crap. There was very few who could outdo it."

As some of the greatest musicians pass away, Newsted believes they are creating an "other world band" on the other side. Newsted said it is extraordinary people will have the chance to enjoy recordings of Van Halen's music for generations to come.

"By him leaving a piece of himself, that is so invaluable, or whatever you want to call that," Newsted said. "He lives forever."