Settlement reached between 'In the Air Tonight' singer, ex-wife 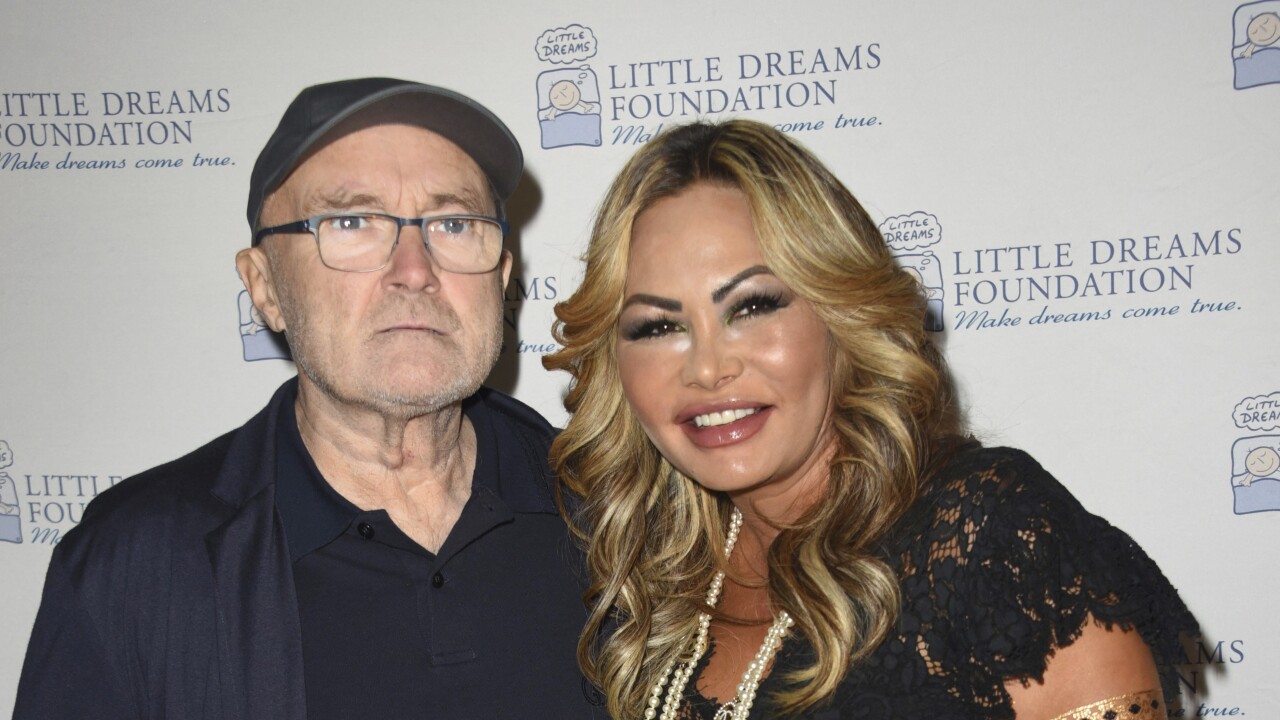 (Copyright 2021 The Associated Press. All rights reserved. This material may not be published, broadcast, rewritten or redistributed.)
Michele Eve Sandberg/Invision/AP
Phil Collins, left, and Orianne Collins attend a news conference for the Little Dreams Foundation at the Faena Theater on Wednesday, Oct. 18, 2017, in Miami Beach, Fla.

MIAMI — The ex-wife of "In the Air Tonight" singer Phil Collins has been court-ordered to vacate his Miami Beach mansion, which his attorney claims has been held hostage by the musician's former spouse and her new husband.

Attorneys for the Bateses filed a countersuit in which they claim they are entitled to half of the property, which is currently on the market for an asking price of $40 million.

"Mr. and Mrs. Bates' plan to hold Phil Collins' house as hostage to leverage a settlement during a protracted court case was upended by the new judge's bold decision to complete the injunction hearing next week," West Palm Beach attorney Jeffrey Fisher, who represents Collins, said in a statement Friday. "With the delay tactic failing, they agreed to vacate by mid-January and to allow Phil's realtor to market and sell the property between now and the date they leave."

Transcripts from an Oct. 20 court hearing reveal that Collins was concerned about his unpublished music, memorabilia and collection from the Alamo that remains in the home.

Fisher also said Collins' "priceless collection of music memorabilia and artifacts from the Alamo will be retrieved within days."

A court filing issued Tuesday confirmed that a limited settlement agreement had been reached.

"Mrs. Bates' lawsuit claiming a 50% percent interest in the house based upon an alleged oral agreement will continue, but we have no doubt that it too will come to a quick and conclusive end once the judge hears the true facts about what occurred," Fisher's statement said.

Judge Stephanie Silver ruled that an independent party would value the items within the home and place them in safekeeping until the property dispute is resolved.

Collins is currently in London, where he is rehearsing with Genesis and preparing to go on tour.