Emmy Awards will be virtual and live on Sunday; producers expect things to go wrong 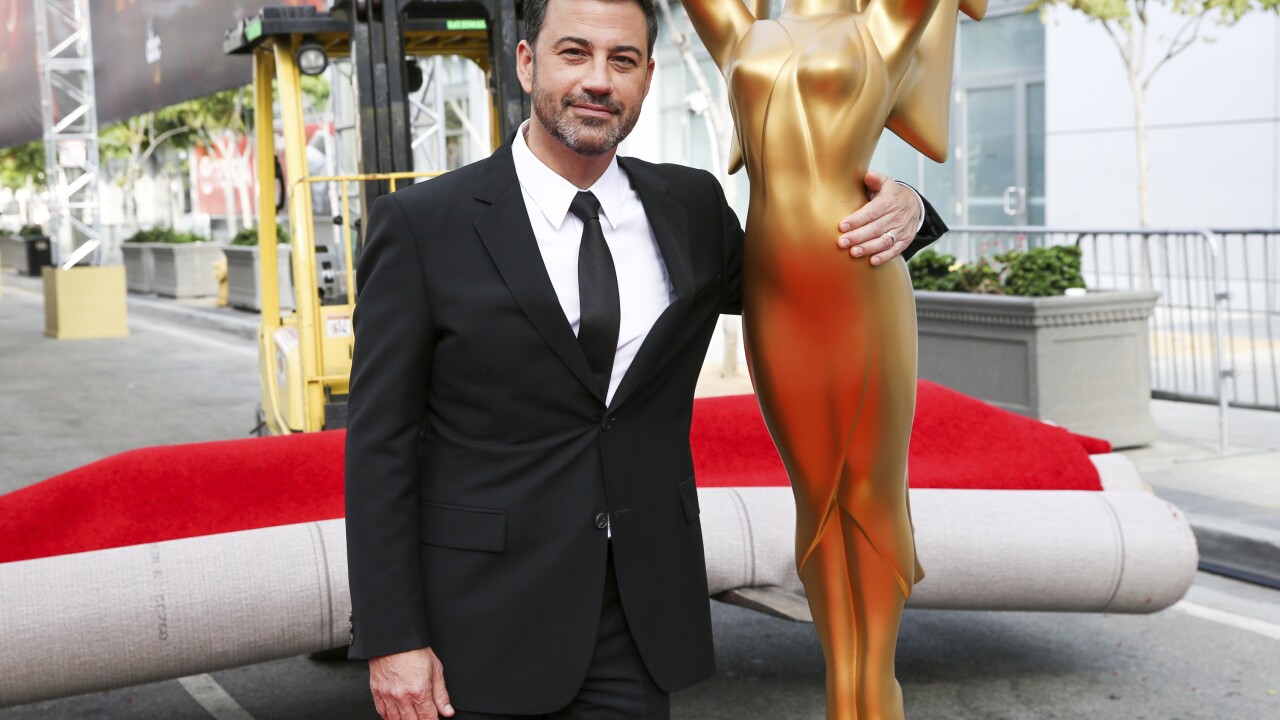 Rich Fury/Rich Fury/Invision/AP
FILE - This Sept. 14, 2016 file photo shows host Jimmy Kimmel posing for a photo with a replica of an Emmy statue at the Primetime Emmy Awards Press Preview Day in Los Angeles. Kimmel will return as host and will serve as executive producer for the 72nd Emmy Awards. The show will be broadcast, Sunday, Sept. 20, on ABC. (Photo by Rich Fury/Invision/AP, File)

The Emmy Awards will be held live, and socially distanced, Sunday night to celebrate excellence in the television industry. It will be the first big Hollywood event broadcasted live amid the pandemic.

Rather than using taped segments or elements like other awards shows this year, the Emmys will be using 130 cameras in 20 cities in ten countries to achieve a live show.

Some of the nominees will be participating from home, surrounded by friends and family.

Show producers are not expecting things to go smoothly, telling CNN Kimmel will be available throughout the night to “jump in as soon as anything goes wrong," producer Reginald Hudlin said.

And what will Kimmel do? “If something happens technically, I will be touching upon all the skills I’ve acquired over the course of my life. I know one magic trick. I can kind of juggle. I guess I could draw caricatures of the crew,” Kimmel told The Hollywood Reporter.