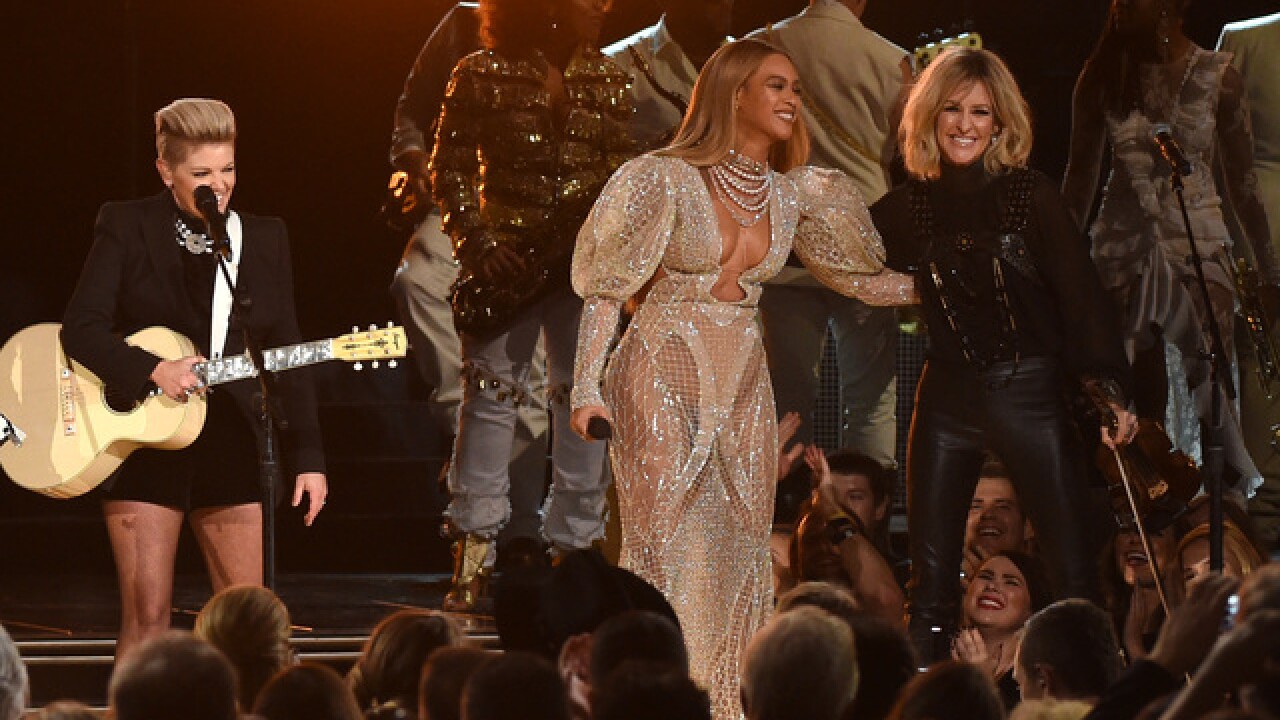 Country music's biggest night became one of the biggest moments on social media when world pop star Beyonce made an appearance alongside the Dixie Chicks, who themselves were outcast until recently by the Nashville community.

The Dixie Chicks were shunned from the country spotlight after their know well known remarks about President Bush just days before the invasion of Iraq.

Their surprise cross-genre guest, Beyonce, is not a new concept for a major awards shows by any means. 2014 brought Ariana Grande and Little Big Town together at the CMA Awards. Just last year Chris Stapleton was paired up with Justin Timberlake in a well-received performance. Earlier this year Pitbull sang alongside Cassadee Pope at the CMT Awards.

Social media was not so kind to Beyonce's appearance at The 50th Annual CMA Awards.

Kenny Chesney is not impressed with Beyonce. 😂😂😂 pic.twitter.com/pL2ULerum0

Several country artists gave their opinions and support from the red carpet, but now others are starting to speak out.

That includes Kenny Chesney, who received the coveted Pinnacle Award at the show for reaching global exposure. Chesney was criticized for an expression he had on camera which many perceived as his disapproval of the performance.

Chesney told the Associated Press, "“I love Beyonce… I loved her Super Bowl performance, her sense of how to make the music hit really hard — and give it drama when she’s onstage.”

He would later go on to tell ABC News, "fans shouldn’t be so quick to judge him or assume to know what he was thinking".