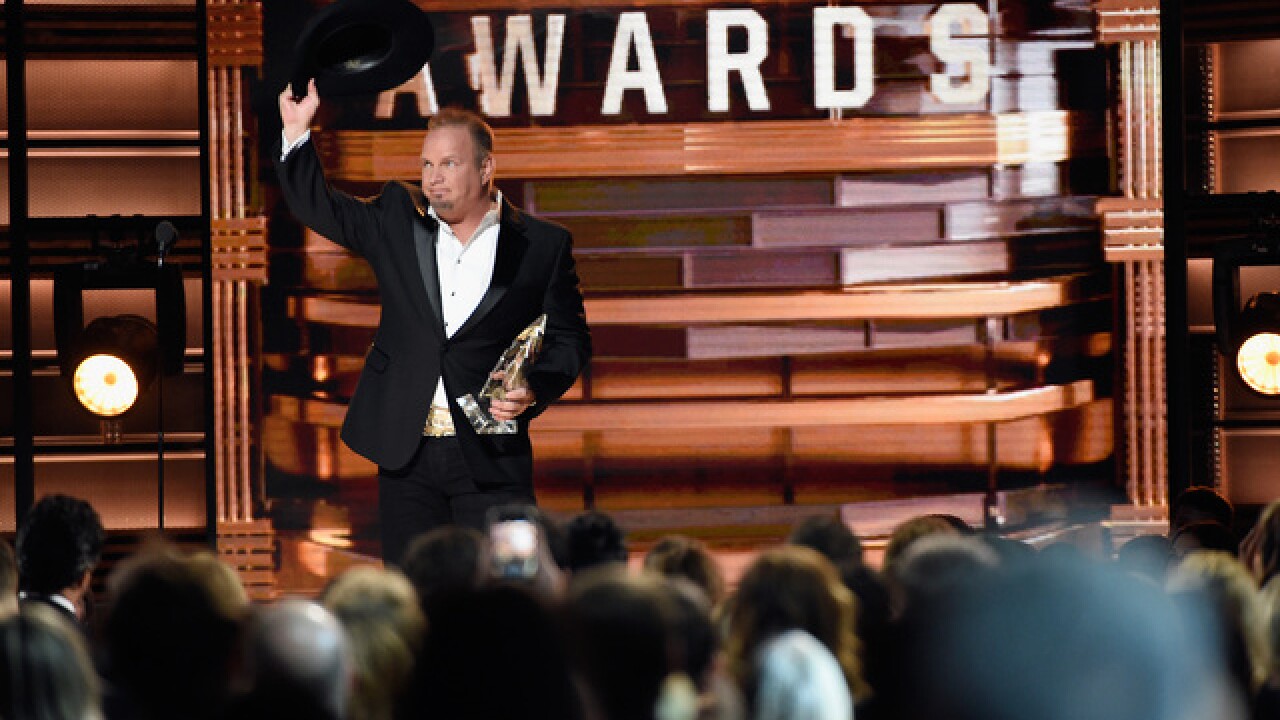 &lt;p&gt;NASHVILLE, TN - NOVEMBER 02: Garth Brooks poses with the award for Entertainer of the Year onstage at the 50th annual CMA Awards at the Bridgestone Arena on November 2, 2016 in Nashville, Tennessee. (Photo by Gustavo Caballero/Getty Images)&lt;/p&gt;

It's been more than 19 years since Garth Brooks took home the coveted award for Entertainer of the Year, however the title was restored Wednesday night with a win at The 50th Annual CMA Awards.

Brooks has had a powerhouse year as he wrapped up a new tour, became the first ever country act to play the new Yankee Stadium in New York City, and previewed new music.

Taylor Swift returned to her country music roots and gave thanks to the genre that helped launch her career to international stardom before presenting the much anticipated award.

"Thank you for a wonderful run," Brooks said. "We are so damn lucky to be part of this thing called country music."

“Thank you to the coolest touring mate you could ever ask for, the love of my life, the breath I breathe in and out,” Brooks said to his wife Trisha Yearwood, “It could not have been any better for me — I get to take you home.”

Brooks also performed earlier in the night alongside Yearwood. Some of the setlist for the couple included "Jackson", "Don't It Make My Brown Eyes Blue", "Louisiana Woman, Mississippi Man" and "Golden Ring".

Scripps talked with Brooks earlier in the week where he said "it's one of the easiest gigs on the planet".