Darius Rucker has a new gig as a golf agent 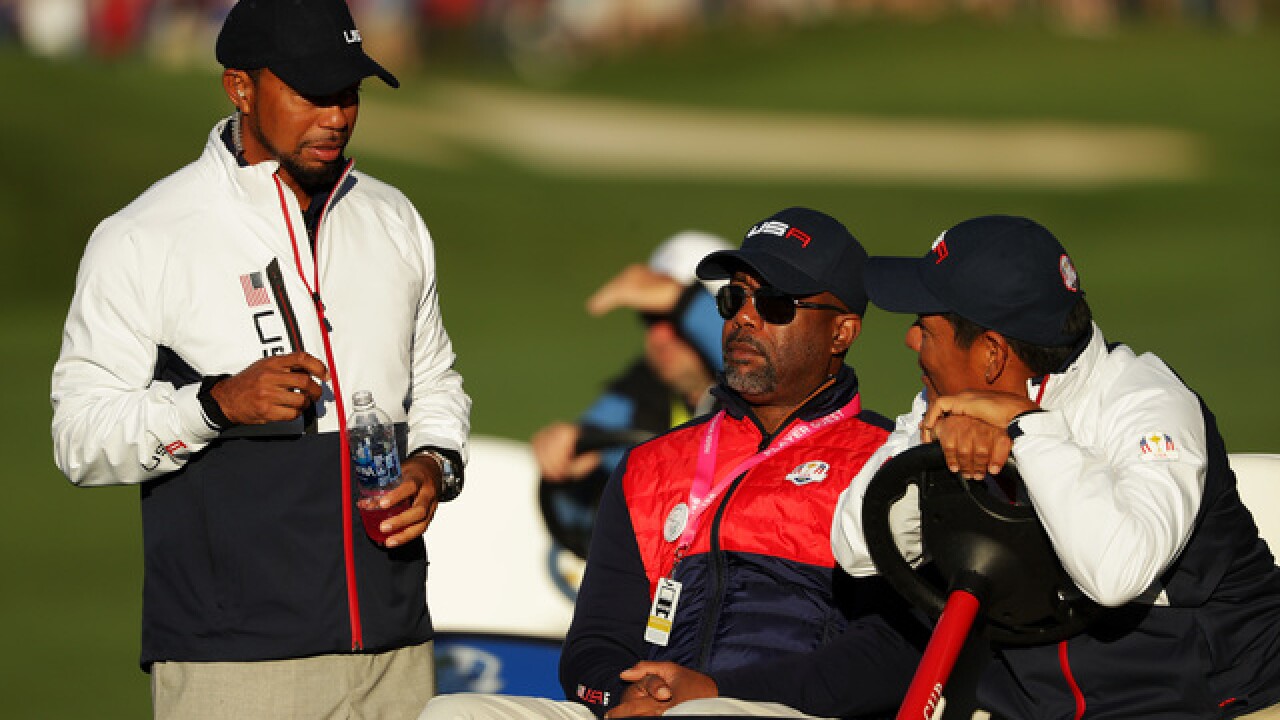 Darius Rucker, first known for his time with "Hootie and The Blowfish" and later as a solo country music artist, is moving out of his familiar musical background to work with athletes.

Rucker told ESPN in an interview on Monday that he was now a partner in the sports agency called MGC Sports.

The company focuses its efforts on golfers and football players.

The lead singer mentioned to Scripps at The 50th Annual CMA Awards in Nashville that sports runs deep in his blood and joked he was torn about skipping the awards show to watch the Chicago Cubs in Game 7 of the World Series.

Rucker is no stranger to the golf world as he was seen at the Ryder Cup spending time with some of the top golfers in the field and CBS Sports reported he attended Arnold Palmer's funeral.

The 50-year-old musician isn't alone in making the transition from music to sports agent and nodded to Jay Z's success in his interview with ESPN.

"If I didn't see Jay Z crushing it in the business like he is, I probably wouldn't have done it," Rucker told ESPN. "But I think I have a lot to offer. I'm going to be really involved. I will be one phone call away if a client needs some advice or needs me to be at their game."

So does that mean that Rucker is dropping the country scene completely?

The GRAMMY award-winner tweeted a reply to a fan's question about more performances and said he is also working on a new tour.