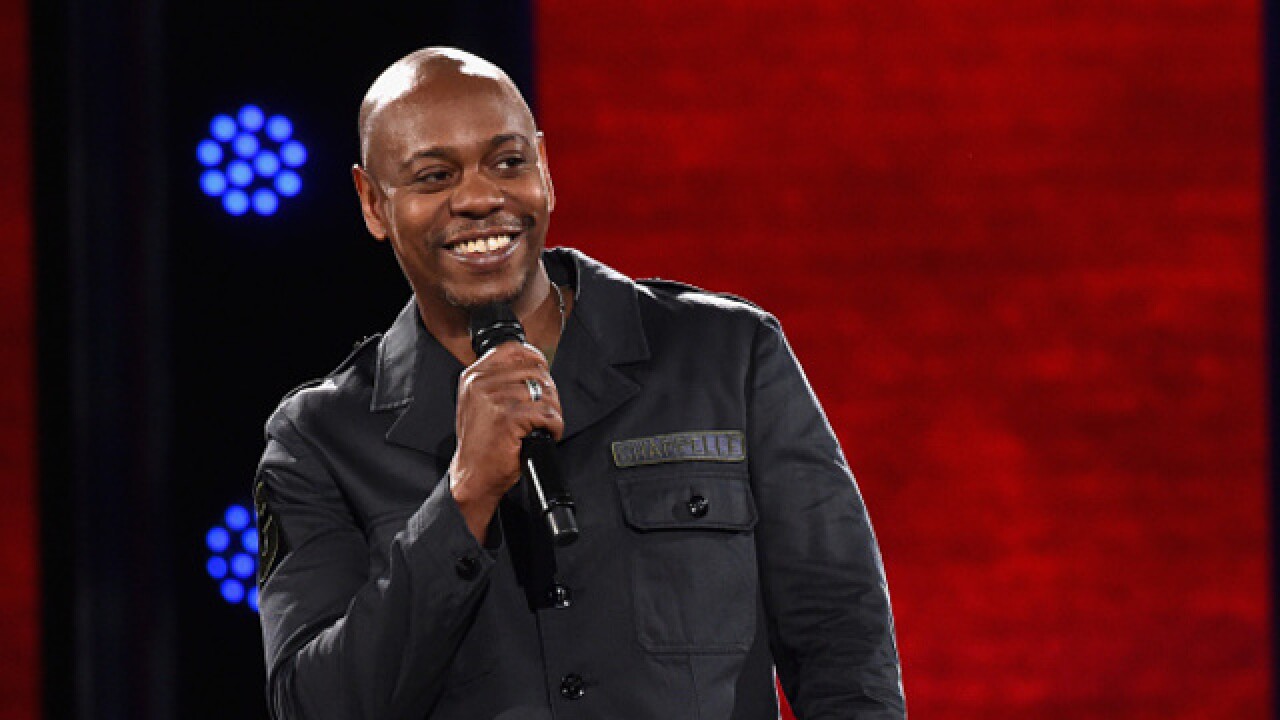 WASHINGTON (AP) — Boundary-pushing comedian Dave Chappelle is the latest recipient of the Mark Twain prize for lifetime achievement in comedy, an honor being bestowed Sunday night at the Kennedy Center for the Performing Arts in Washington.

The event is a homecoming for Chappelle, who was raised in suburban Silver Spring, Maryland, attended Washington's prestigious Duke Ellington School of the Arts and filmed his first HBO special in the capital.

Chappelle was already a well-established comedian and comedic actor when he was given his own sketch comedy show in 2003.

At the height of his popularity, Chappelle shocked the entertainment industry by walking away from a lucrative contract extension and abandoning the show while it was preparing for its third season. He disappeared from public view and took an extended trip to Africa. He later explained that the pressures of the show's success and the influence applied by the network made him feel "like some kind of a prostitute."

Chappelle gradually returned to performing, more powerful than ever, and now releases regular stand-up specials under a multimillion-dollar deal with Netflix. The departure from his own hit show made him an inspirational symbol for artists and comedians, particularly minorities, for his willingness to sacrifice profit to retain his independence.

The ceremony will be broadcast Jan. 7 on PBS.