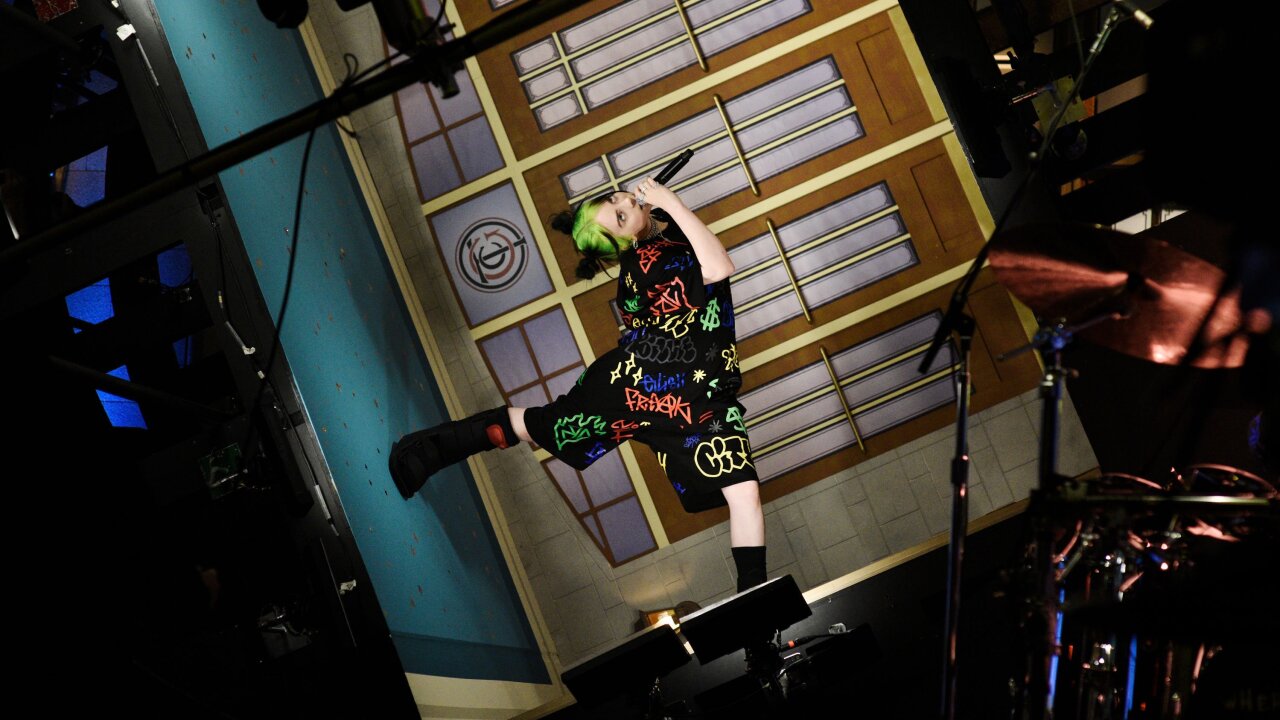 (CNN) -- Billie Eilish raised the roof in her first "Saturday Night Live" performance. Then she danced on it, too.

The 17-year-old brought her goth, ASMR-tinged brand of pop to Studio 8H, singing her smash hit "Bad Guy" inside ... a tiny version of "SNL's" Studio 8H.

An Eilish performance isn't complete without a twist of some kind, so when the pop phenom started walking on the walls and then the ceiling of the stage-within-a-stage, audience members understandably lost their minds.

So how'd she do it? The camera briefly panned out to reveal Eilish inside the "SNL" diorama while her band played on the actual Studio 8H stage, but a magician never reveals her secrets.

Her second song of the night, the sweeping ballad "I Love You," did away with the special effects, but her star power (and a backdrop of artificial starlight) lit up the stage anyway.

If you're itching to see her defy gravity in person, you're in luck — she just announced 2020 tour dates in North America, South America and Europe.